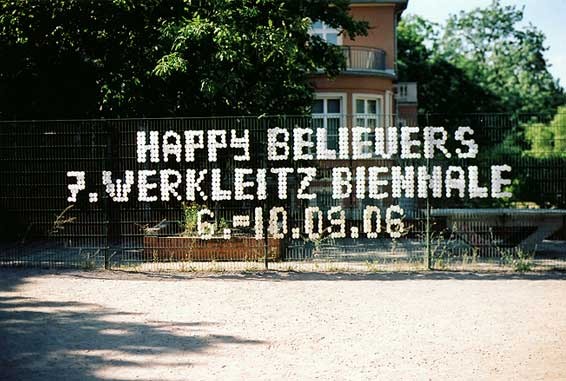 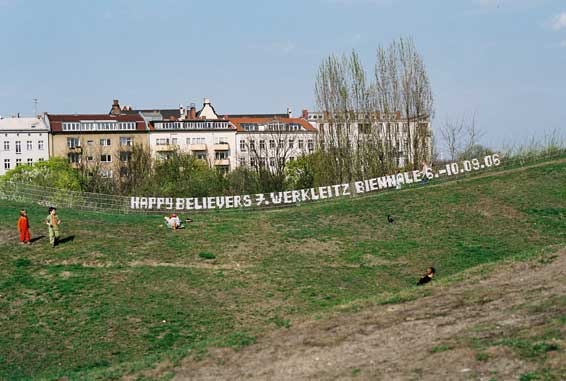 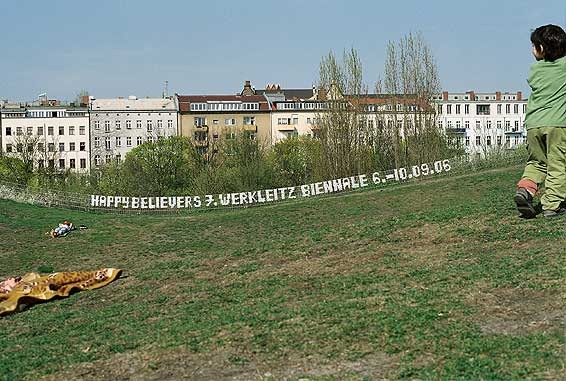 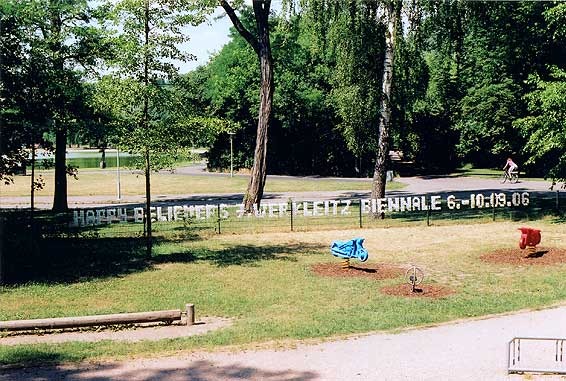 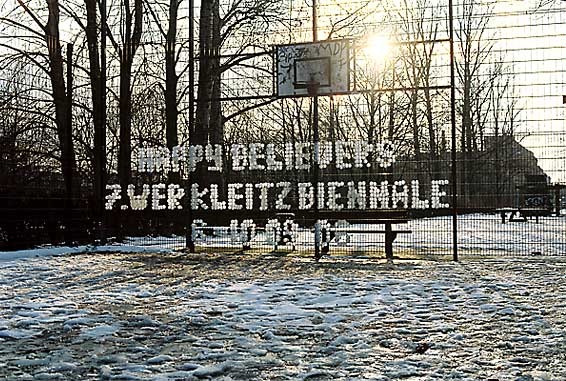 We believe that the question of the social and individual significance of belief is a highly current cultural issue, relevant not least for art theory and art praxis. By this we do not so much mean the often mentioned ‘return of religion’, but take as our starting point the observation that there is a returning interest in religiosity and phenomena of belief in modern society – in other words, a return of a need for religion. Since we began working on this project in early 2005, the engagement with cultural, political, and social systems of belief has been at the centre of our interest.

Our immediate present is marked by the cultural pluralisation of lifeworlds and value discourses as well as a social complexity that challenges us all. Processes of individualisation, disturbances of identity, and a longing for orientation with the simultaneous multiplication of possibilities of decision are the result. No religious or political authority can provide us with a clear definition of meaning, or communicate a socially sanctioned aspiration for the collective implementation of a utopia or a promise of redemption. Answers to existential questions, even that of the meaning of life, are becoming and more a private matter – and these answers are sought by accessing various systems of value.

Meaning and belief can not only be found in religious and spiritual spheres, but in the cultural fields of art, literature, film, and television as well, whereby, the worlds of experience and knowledge from the various areas can overlap. Here, it is especially the media which in their temporary counterworlds create free spaces outside reality that seem marked by control, material dependence, gaps between wealth and poverty, and lacking concepts of the future. The longing for identity and horizons of meaning can also be found in the participation in collectively charged mass events: from the Twentieth World Youth Day to the euphoria of the World Cup, events that provide an experience of a collective communal feeling and a unisonality of emotions. Due to the Werkleitz Biennale’s focus as a media art festival, we also explored tendencies in modern media culture. On the one hand, the adoption of religious motifs and rituals can be observed in entertainment culture, at the same time, the various belief groups present themselves in ways that are ever better suited to the media.

In addition, we were also interested by the instrumentalisation of needs as it takes place in the realm of the economisation of belief in advertising and the ritualisation of the consumerist world of commodities. We have consciously maintained a distanced from issues like the visualisation of ideological and economic struggles around the dominance between the monotheistic religions in current world events, issues like radical Islamic fundamentalism or value debates that are oriented around the Western Christian worldview.

With the invited contributions to the Werkleitz Biennale, we as curators do not want (and cannot) to offer any correct or politically feasible arguments for or against the entanglement of political, economic, and religious aspects in world events. We see our possibility in a specific point of view, coming from artistic praxis, to phenomena of our current culture, phenomena that occupy us and touch us. We are fascinated by today’s multiple forms of deinstitutionalized and individual belief practice, and see here a certain affinity to the openness and impact of artistic work, which stands in contrast to the sobering realities of everyday life. One result of this curatorial process is that we invited many contributions that engage with forms of private religious praxis and enable individual approaches to our questions. We are of course aware with the exhibition, the film programme, and the live events, the 7th Werkleitz Biennale will contribute to continue the debate on the relevance of belief. Ultimately, we see our task in the formulation of questions. Like the visitors to the biennial, we want to be surprised with the play of works, by the experience of the biennial as an experimental space for thought open to all.