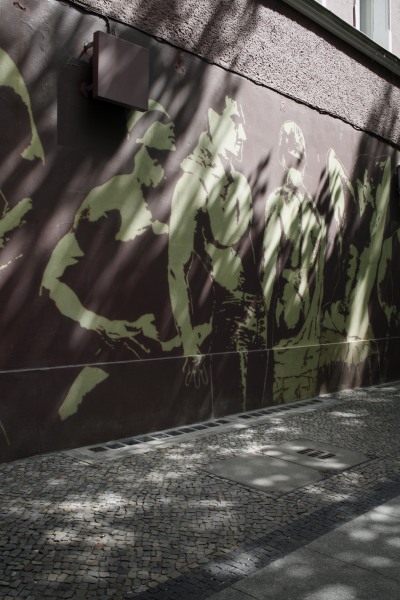 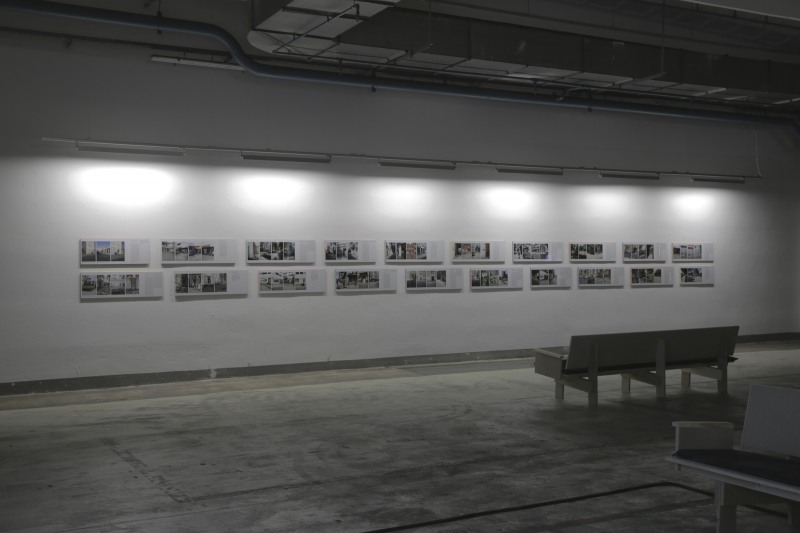 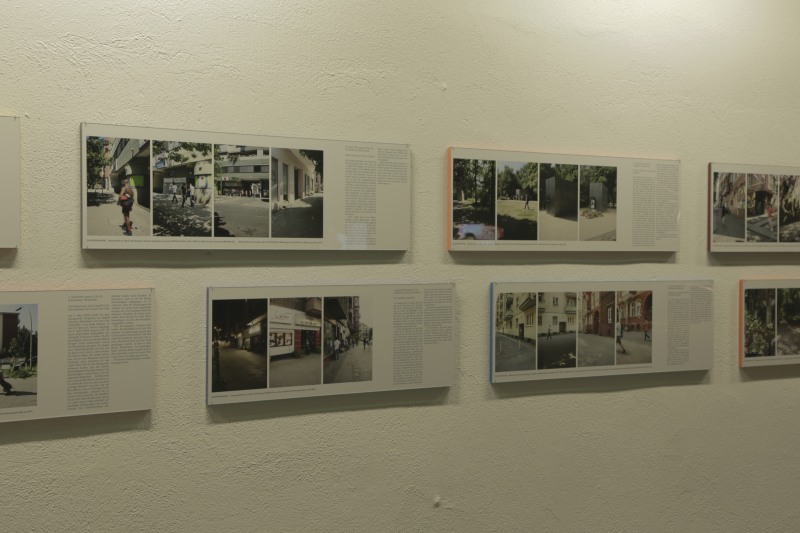 Close Worlds: Our house, in the middle of our street 1

On the text-image montage Superparadise by Peggy Buth

A plain house from the 1960s, blinds shut, a rubbish bin next to the entrance, a charmless garage, a banal, workaday urban utility space, on the functionality scale scoring at the most as an inferior stowage for rent-paying humans and machines (i. e. automobiles). A barren wilderness, were it not for the gay and lesbian rainbow flag at the entrance above the bin of above mentioned house. Is this a signifier for passion in the midst of despair, for sexual desire, or simply for the usual displacement of minorities to the back lots of urban centres? The caption contains the title of Peggy Buth’s photo series, Superparadise, and specifies the location and its parameters of desire: “Sachsendamm 75-77, Berlin Schöneberg / Böse Buben SM Club für Männer (seit 1996)” [Bad Boys. SM Club for Men since 1996]. The observer tends to read the spatial representation and the sexual practices deviating from the norm as synonymous, thinking: where, if not here? Nevertheless, no one is hanging out colourful flags idealising the interpersonal games being played in black leather. And then there is this slovenly self-referential “bad boys”. Self-irony, self-assuredness, collective desire, self- empowerment and community conquest of territoryy – it’s hard to be more self-confident than this, nor can there perhaps be a stronger claim to a space that is not yet there, a utopia of self determination.2 The prerequisite is dislodgement from the normative constructions of the dominant heterosexual social programmes opposed less to divergent sexual preferences as to their manifestation within the crypto-patriarchal, religious power structures that make such sadomasochist practices possible within the system of economic exploitation in the first placee. From this gloom of alienated desires emerge those quotidian monstrosities, driven by diverse phobias, who feel called to enforce the norm by means of bodily and verbal violence and vandalismy.

Nollendorfkiez has been developing since the 1970s into a lived utopia for queer communities who are represent an above average contingent of the population here. The first clubs for gays and lesbians opened here in the 1920s and 30s. Today, there are numerous shops, clubs, restaurants and cafés mainly run by and for gay men. At the same time, Nollendorfkiez has topped the charts for years in federal statistics on homophobic violence. Some homophobes appear unable to cope with the queer conquest of the site, which challenges automatically the allegedly natural heterosexual normative order reigning in public space.

Peggy Buth’s work is devoted to continually re-reading, re-organising and relocating discourses on knowledge and power, reality and fiction, space and the body, identity and sexuality. The work is centred around archives and the decontextualising and recontextualising, revaluation and translation of the iconic, audiovisual and text objects found in them, including her own work. In long-term projects like Desire of Representation she also employs displaced and displacing re-enactment to explore the dispositif consisting of archives, libraries, museums, theatre, cinema and television, exhibitions and publications. As such, Buth’s artistic practice and its thematic and formal references revolve more around heterotopias than utopias. She could be described as a heterotopologist in the Foucauldian sense, creating places or emplacements in which the incommensurable layers are superimposed, while pushing them against the grain.

For Superparadise, Buth researched on the hand protocols, newspaper articles and police reports on more recent attacks against homosexuals – documents found chiefly in the archive of the Berlin anti-violence project Maneo. In addition, she photographed various locations in the neighbourhood. Several indicate immediately the queer “occupation” of Nollendorfkiezz. Others show apparently neutral sites whose current or former queer associations are barely legible. From this material she produced a series of 20 text-image composites, each consisting of three or four photographs, a caption and a text. The photographs from each group are taken from the same location, indicated in the caption. The text to the right of the images is drawn from the various reports on homophobic acts of violence researched by Buth. There is no factual connection between the reports and the photographs assigned to them. The act and the place, each facts in themselves, are joined to effect a construction at once impossible and possible. As such, they reflect not so much utopias as heterotopias, such as those described by Foucault as “counter-emplacements”, and as places “outside of all places”, that can at the same time be factually located.3

It could of course be argued that the factual, whether in the form of built space, language or image, is fundamentally constructed. The spatio-social unity, established in the images by the conjoining of contemporary and historical sites such as bars, clubs, cinemas and self-help centres for prostitutes from the gay and lesbian scene, is also a synonym for the motif of belonging to a place. Nollendorfkiez owes its identity partly to alternative forms of space production that go hand in hand with alternative forms of identification, familiarity, and active penetration of the space, in the course of which the space becomes the product of the people active in it and thus a homeland in the classical sense.

Homeland is a spatio-temporal construct in which the past and the present leave deposits as well as involving continual re-arrival and renewed observation. The sensations making up familiarity are the minimal shifts, the barely discernible alterations, the event on the edge of vision. What fundamentally structures our relation to space and endows it with continuity are the things that show themselves in a different light when vanishing around the corner, the brief perceptions of a sign or thing never seen before on the paths tread over years. Buth’s photo series exhibits precisely this state of affairs, by means of close up and distant views, frontals, truncation, repetition and slight overlaps parsing the locations into sequences, thus displaying them – in contrast to documentary and crime scene photography – in the process of the subjectivisation of space. As representations the images are therefore the elements of an absolute construction. This is evident not only in the selection of the photographic standpoint but also in the use of montage in some images to make the same person appear twice in the same picture frame.

Most of the photos were taken in strong noon sunlight, rendering the colours over-amplified and artificial. This artificiality corresponds with the title Superparadise, which immediately provokes a sense of overkill. The title references a disco song from the 1970s by the transgender singer Romy Haag, linking the piece to the context of queer glamour. The shocking reports of violence against homosexuals are less confirmed by the images than reversed or re-dedicated. The occupation of space is also a symbolic and concrete political act. “Our house, in the middle of our street.”

2The author is thinking here of the voluntary exercise of sexual power play based on consent and without economic compulsion. That there is no compulsion in the queer scene is being assumed for the sake of argument, not meant as absolutely true, and is directed against the bigotry of heterosexual culture advancing its norms as generally binding. The objective is to draw attention to the fact that the potential for violence and abuse is at the core of the religious, patriarchal norm, rather than an exception to it. This fact has been born out once again by the latest study on violence against women.

text-image montage in 20 parts, on MDF behind glass