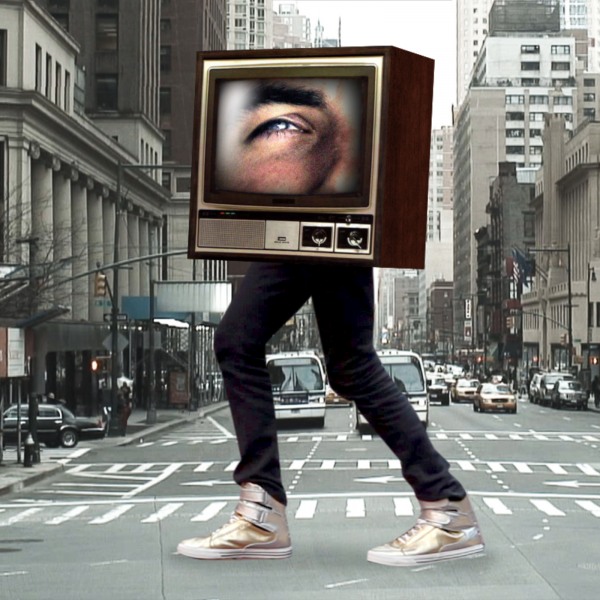 Billy Idol’s snotty hymn Dancing with Myself provides this program’s title and tempo. The starting point is the story of man who works in a Copy Shop and multiplies himself until the whole world is made up solely of him. A similar result can also be found in Cyriak’s explosive visual multiplication of reality in the video We got more. Michel Gondry restaged for Björk’s song Bachelorette her own rise as a superstar, already anticipating in the process her own future withdrawal from the Pop world. Mathilde ter Heijne cinematically comes to terms with the ideal of female self-sacrifice by throwing a life-sized copy of herself – as a surrogate for all of the tragic movie heroines – from a bridge. Such emotional outbreaks are foreign to Le nouveau OMIZA although the robot was developed for use in a human environment and can be taken for an elegant walk by young Japanese women. The film pioneer Maya Deren likewise struggles with conflicting emotions, which she lends expression to through the skilful use of double projections in her classic avant-garde film Meshes of the Afternoon. Garth Jennings entangles the singer Thom Yorke in a symbiotic dance with his female alter ego and Kylie Minogue is – likewise by Michel Gondry – multiplied until there is no more room to move about, which however does not prevent her drifting through this bustle in a wondrously graceful manner. With his Audition Tape Benny Nemerofsky Ramsay recommends himself as an ideal member of the Russian girlie band TATU and hopes to become famous with them. Robbie Williams has not had to concern himself with such unimportant matters for a long time; he inimitably presents his view of the world in a “behind the scenes” interview he gave to Johan Renck, the director of his “She’s Madonna” music video: “I don’t communicate with the crowd, I just channel the Lord and the Lord speaks through me.”