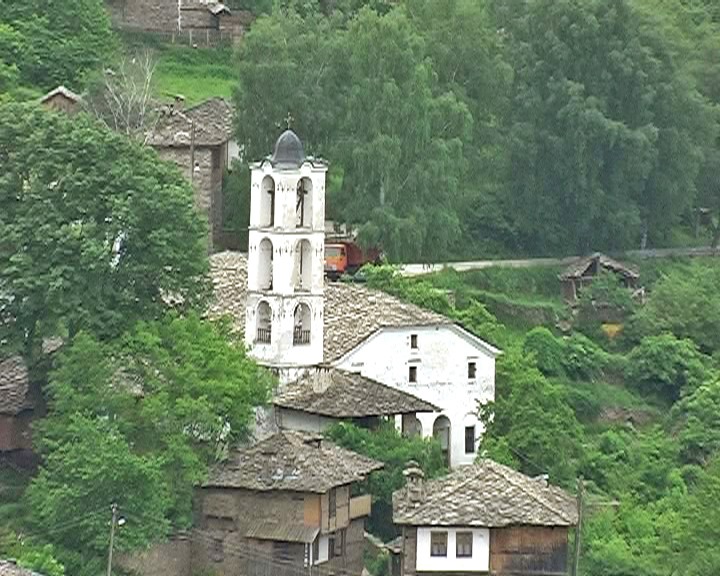 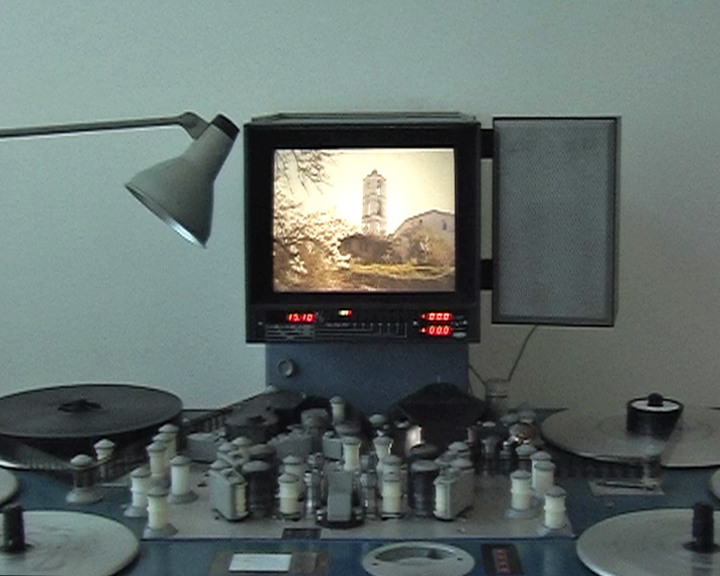 HELENE SOMMER, A Tale of Stone and Wood
An Early Observation

The following text on Helene Sommer’s video work A Tale of Stone and Wood was written at a time when the latter was still in progress. It is based on the artist’s own statements about the project, my email correspondence with her and the first audio-visual materials. These sources already indicate the contexts, aesthetic strategies and complexity of the video work still under development. To do justice fully to all of that is impossible here, however.
Every text about an artwork is an interpretation in which the author’s own projections are inscribed. That may well be very particularly the case of this present text, owing to its premature appearance, to a time shift, which virtually skips what has still to take shape and observes it from some point in a hypothetical future. Yet, at the same time, this circumstance leads directly to one of the central fields of inquiry about which Helene Sommer’s work revolves: the mechanisms and effects of transmission, translation and interpretation, and the question of temporality. She thereby draws on de- and re-contextualisation tactics that subvert coherent, linear narration. By the same token, this provisional text is also intended as an open-ended montage of various possible readings.

A Tale of Stone and Wood explores cinema with regard to its constructions of history, national identity and collective memory. Its point of departure is the mountain village of Kovatchevitsa in the Rhodopes of Bulgaria, which owing to its historical stone and timber houses became popular in the 1970s as a film location for the Bulgarian film industry. The ‘Boyana Film Studios’, which at the time was infiltrated by the communist regime, shot some of its most successful films there, which, like Manly Times (Eduard Zakhariev, 1977) or Measure for Measure (Georgi Djulgerov, 1981), were intended to highlight national myths and, so the State hoped, thereby strengthen the public’s cultural identity and patriotism. Manly Times, for example, takes up a romantic folk tale while the epic Measure for Measure deals with Bulgarian resistance to Ottoman rule. One of the most recent, post-communist film productions to have been shot in Kovatchevitsa is Radoslav Spasov’s film Stolen Eyes (2005), which addresses the repressive measures imposed by the State on Bulgaria’s Turkish minority population during the 1980s. The village, in which time appears to have stood still for centuries, evidently constitutes an ideal backdrop for historicizing narratives and, for that reason, remains bereft of a present. The tourism industry today touts its charms as an architectural and historical relic, as a ‘tale of stone and wood’.1

During her two-month artistic residency at the InterSpace Media Arts Centre in Sofia, Helene Sommer compiled material on a total of twelve films shot in the period 1977–2006 in Kovatchevitsa. She also conducted a series of interviews, in which she questioned people of different generations and backgrounds about these films – among them Radoslav Spasov, who moved to Kovatchevitsa in the 1970s. A Tale of Stone and Wood is conceived as a video montage, which interlinks in a complex manner both found footage and the artist’s own footage, the latter showing different sites in the village as well as various situations when films are being viewed. Thus the camera accompanies Spasov on a tour of present-day Kovatchevitsa, for example. One take shows an analogue editing-desk, at which a member of the archive staff is playing one of the Kovatchevitsa films. At another point, the camera pans across the interior of an archive or office space to a PC monitor, on which another film is on view.

The various visual strands – rooms and equipment where the historical films are viewed; these films themselves; or new shots depicting the current state of the locations shown in these films – are closely interwoven. The research process that, as is well known, is never neutral but rather, pursues a particular interest and insofar anticipates the artist’s interpretation, is thus as relevant to the video work as the object of research itself and the latter is not the mountain village but the different cinematic representations of it – including Sommer’s own – as well as that, which through the confrontation of opposing representations might become apparent.

The soundtrack is organised also on various interwoven levels, including original film soundtracks, English translations of film dialogue – which were narrated directly during the viewing process or when filming the film – and fragments of interviews.

In A Tale of Stone and Wood image and sound are only rarely organised in a uniform manner. The voiceover hence does not always refer to the film from which one is viewing an excerpt at present. Sommer destabilizes the relationship between image and meaning respectively, fosters a fundamental distrust of unambiguous readings of a work.
Sommer furthermore repeatedly confronts us with the process of transmission and translation. Excerpts from the films shot in Kovatchevitsa are filmed from various analogue or digital interfaces or are taken from Internet versions of TV copies. The content of the films is in turn recounted according to the interviewees’ selective memories: memories inscribed not only with gaps, but interspersed by comments on personal experience and Bulgarian history. In addition, the act of translation is repeatedly brought into play directly, on many different levels.

In A Tale of Stone and Wood the various narrative levels and meta-narrative levels constantly intersect. One can never be quite sure where one is: in front of a monitor, in a feature film, between two different films, in an archive, in a current situation in Kovatchevitsa – in reality or fiction, the past or present.
This work hence leads us in various movements from a village and the different cinematic or linguistic representations of it to the issue of filmmaking itself, along with its various outdated or modern techniques; to the conditions and processes of research and production; to structures of translation and transmission; and to the construction of historicity, power politics, identity and memory. Sommer always thereby exposes the position and structure of her own narrative style, which is to say, her own approach to an object alien to her, as well as her own techniques of constructing and deconstructing a narrative. In this way, she introduces moments at which she calls herself into question, as she is in fact well aware of the dilemma within her production and its entanglement with the construction of collective memory: ‘I am collecting people’s testimonies about films and letting them narrate them and their history for me… and in the end I dictate the outcome/summary of their memories in my editing and filtering’.2

In contrast to some of the artist’s other video works, A Tale of Stone and Wood has a clear beginning and a clear end yet, is pervaded in between by loops and turnabouts that lead away from the mountain village only to return to it. However the village that now here appears only as an image within an image within an image is not meant to be revealed in its actuality but rather as a blank space overloaded with ideologies, memories, myths and other projections; as a point of passage at which the real or fictitious historical narrative – be it from the Ottoman, communist or post-communist era –and its interpretations in all their contrariety, are deposited and overlaid. At one point someone explains that there is a fountain in the village, which owing to its inscription is held to be a historical relic, over 200 years old. It was built as a prop for the film Measure by Measure.

Helene Sommer, A Tale of Stone and Wood