▶
Filmprogramm Your Own Personal Jesus 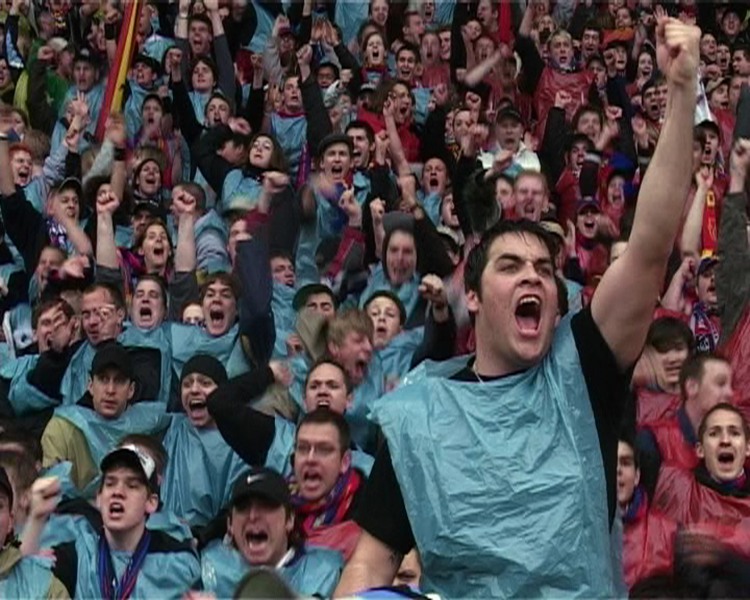 Game after game the claque of the FC Basel serves his team. He is the one who comes up with the songs, who choreographs the fans and motivates them to give everything they have, to do their utmost performance. It’s all about the interaction of energies. How the crowd animator collects the energy in the stadium, before he challenges the public to go further. In doing so he must react to the fans but also to the game, because when the game takes its course, the structures and waves will inevitably dissolve.