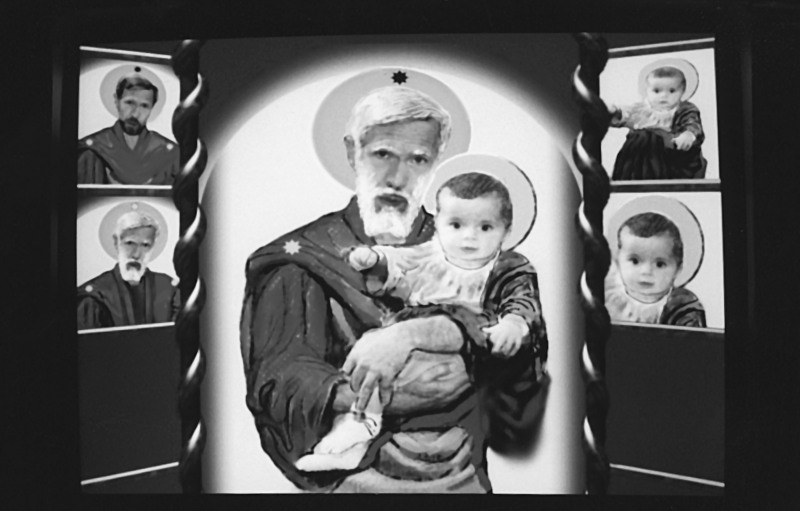 “The Virgin Panimnitos” combines bulgarian historical roots in arts with innovative ideas in script, music and state-of-the-art-technology. This film is realised by using multimedia means, software developments and computer methods of images & animation. I turn round to pure art in our land impressed by thousands of icons, created during the centuries. Their bible’s content was developed directly to the part of the participant in film’s action. Conceived from centuries suggestions are modernised with my own feelings and thoughts. In this way the film is meant to be some kind of testament (father to son and author to public). My appearance in the role of Madonna shows that a man can also love his child very much. The moment of physical death is fused with the moment of rebirth and the son rises up in the role of the Saviour, but with a notebook in his hands instead of the Bible (the book of knowledge). In that way the film accentuated on new world humanistic problems - change of means for reaching of knowledge and wisdom. The film is an apel for tolerance against brutality and violence, faith and cult. Last but not least “The Virgin Panimnitos” is meant to be a sermon for love towards high technologies.
(J. D.)