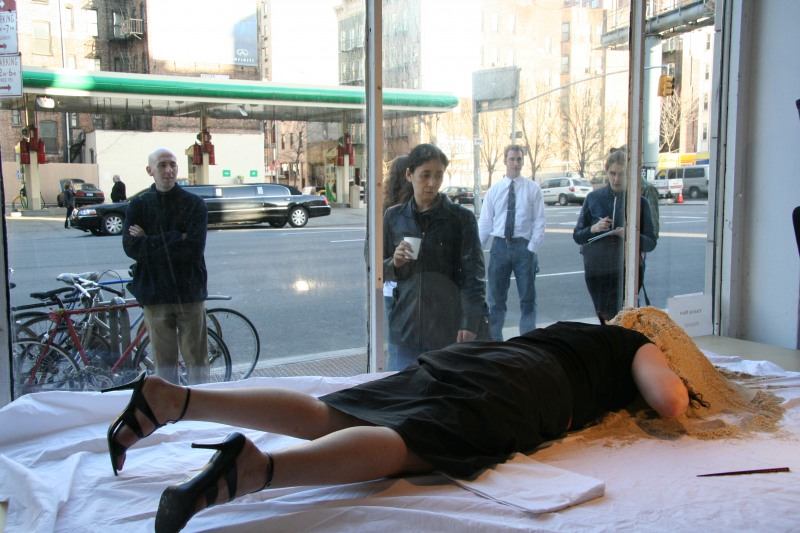 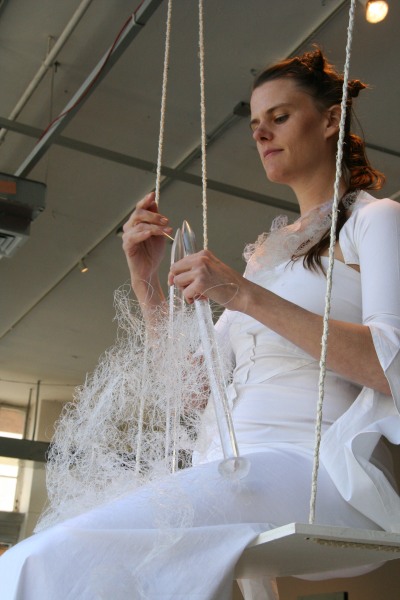 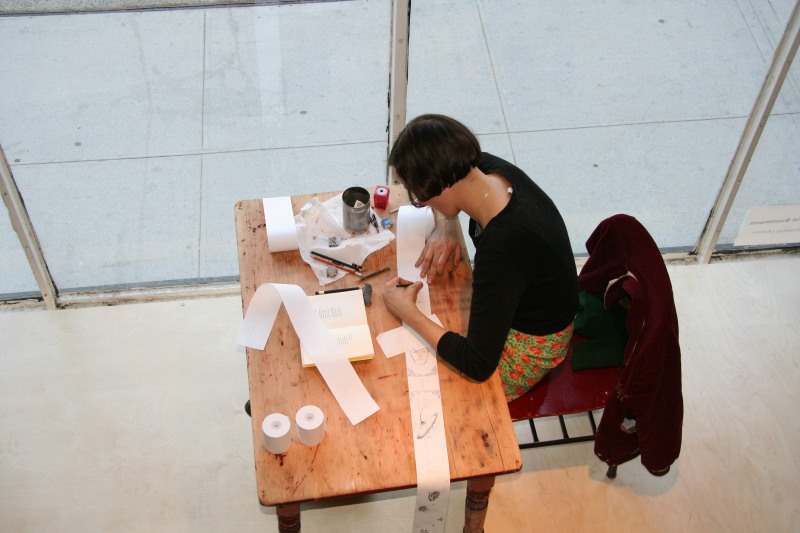 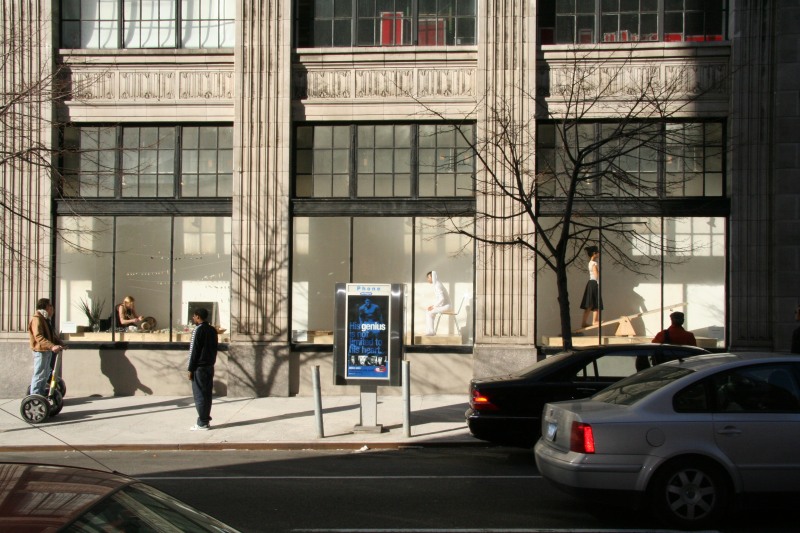 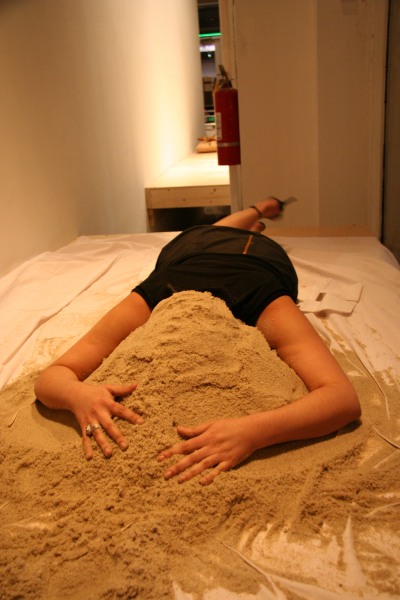 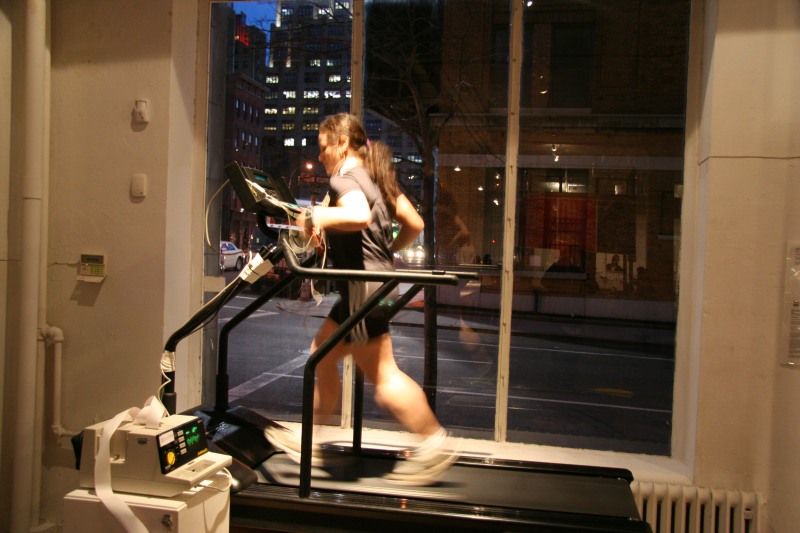 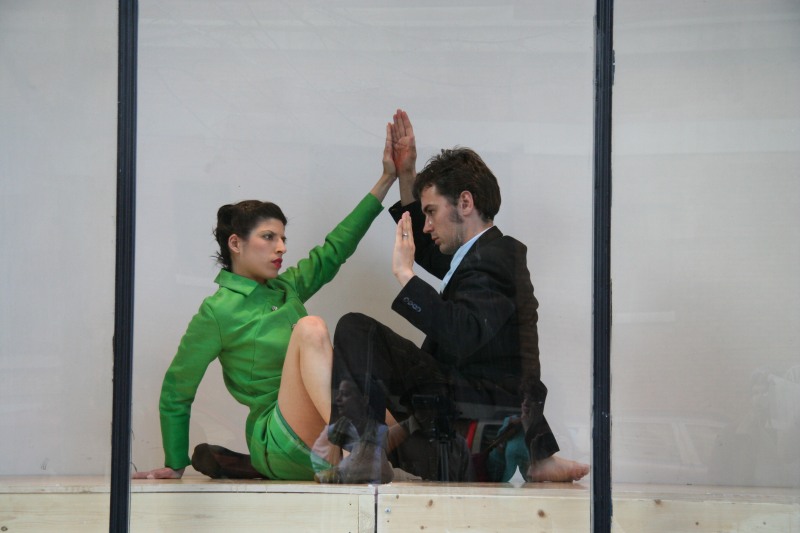 Prayer is a central activity in many religions. It emblematises communication with the divine and mental investment in a promise of salvation. Prayer as a spiritual practice was the object of the Praying Project, initiated by Papo Colo, an artist and co-founder of Exit Art, an independent, private art institution in New York. In April 2005, Papo Colo and Jeannette Ingberman invited performance artists from Trickster Theatre Group to develop their private notions of spiritual rituals, and to present them in public, in a collective performance – contrary to the true tradition of prayer. For three days twenty-one selected performances were simultaneously presented in the eight windows of the gallery, some lasting a half-hour, others even six hours. There could not have been a greater variety of performances, and this reflected the greater leeway of the pluralised religious lifeworlds with its individual rituals. The initiators described the action as one of the most impressive and strongest actions in the twenty-five year history of Exit Art.
The background for the event was the new status of religiosity and religion in Bush’s America, which in its politically motivated Christian rhetoric of morality and liberty has developed an excluding tone. Exit Art sought to oppose this with a private response, where the current need for spirituality is explored and given sociocultural expression space and a voice. As could be read in the gallery flyer, “Prayer is an action with purpose, an intimate expression that is beneficial and constructive. Praying is maybe the most intimate and profound freedom of expression. Discover your own way of praying - private, public, intense, sublime, vulnerable and powerful.”