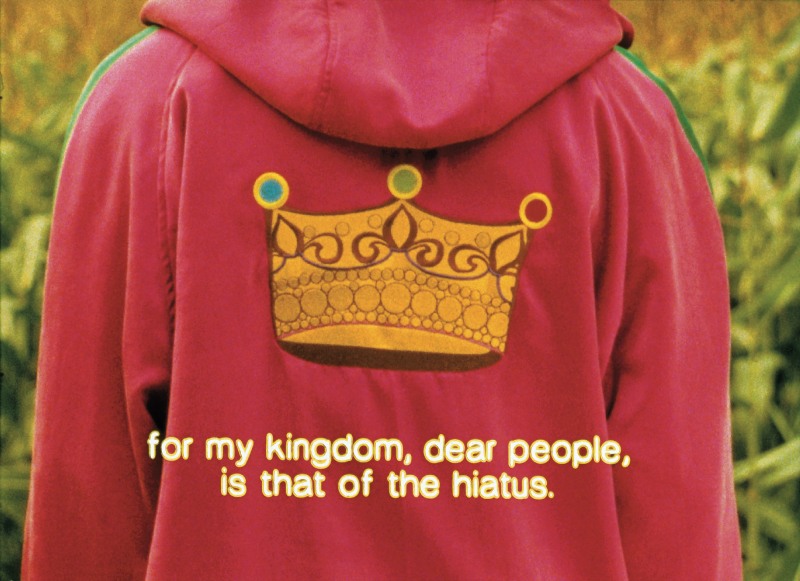 A young man in a purple sports jacket (Jeroen Eisinga), with the emblem of a crown on his back, appears from a cornfield and meets a dog. Standing on a wooden bench, he addresses the corn crop as if it were a crowd of people. In the midst of the chirping of birds and grasshoppers he pours forth his lamentation, spoken in sonorous Old Dutch. He solemnly declares how he loves his people and describes his kingdom as the realm of the disconnected, of the hiatus. He testifies to his sinfulness, and describes the celestial task he has been given as a penance, to make a barefoot pilgrimage towards the horizon. Having reached his goal on the horizon he will be told the purpose of his journey and what is his destination. The king removes his trainers and sets off down a path towards the horizon, leaving a trail of bloody footmarks.

„The films of Jeroen Eisinga are comical, absurd, sometimes tragic, sometimes melancholic, but always provocative. Eisinga provokes and arouses confusion and perplexity. Now and again this feeling is lightened and a brief smile appears on the viewer’s face, but soon the disquiet returns.”