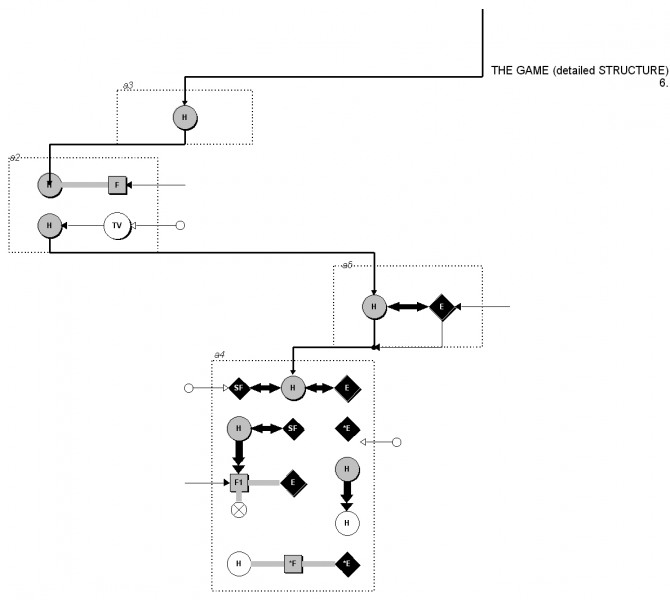 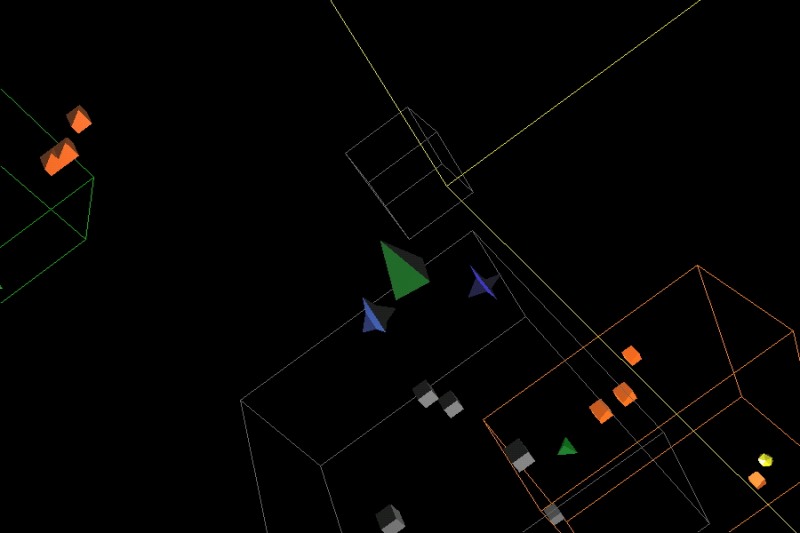 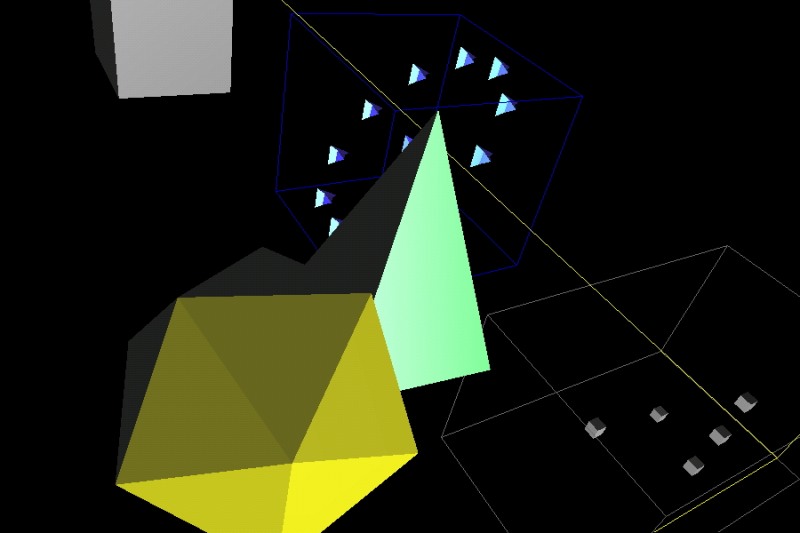 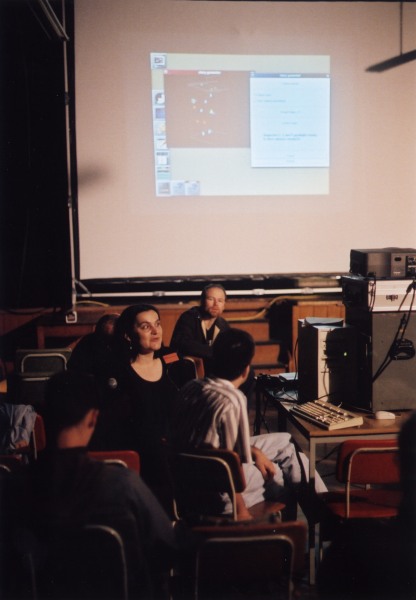 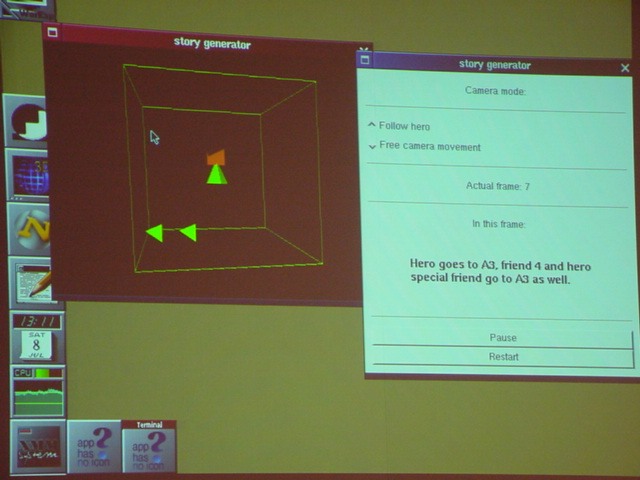 Budapest, 23. Mai 2000
The concept of the Story-Generator is based on the supposition that every linear line of events described by time and space can be transformed into a certain 3 dimensional space where time fragments are becoming visible as continuous and simultaneous space. Thus the different parts of the story (movie, personal perception etc.) become the segments of the space that we (the viewer) can entirely see and control. This 3 dimensional observation of a linear and dependent sequence of events opens up the logical connection between simultaneous happenings in different spaces. This method works perfectly for examining and processing complex structures with complicated interconnections between their elements. (In our research we found similar examples in scientific research of social network structures: Strategies for Visualizing Network Structure, Lothar Krempel, Max-Planck-Institut für Gesellschaftsforschung).
We started to analyze action movies in this project. The action movie features events in every minute. Usually the story is quite simple, but - as the evolution of the action films shows - it is becoming more and more sophisticated. First we created diagrams (graphs) of the structures of several action movies’ stories. In these graphs the players were the nodes and we drew the different types of the connections between the nodes as different paths.
In the second stage of the project we created a special combination of the different type of action movies. We created the program based on this structure and it became the prototype story for the Story Generator.
The program was written on Linux systems, but should be pretty easy to port to other Unix-like systems and even to Windows once the necessary libraries will be ready.
The program uses the free 3D library „Coin“ (which in turn uses OpenGL) for 3D rendering. Currently it needs a Linux system with OpenGL, X11, and Coin installed to run. The models used were made in the freeware modeler/renderer „Blender“, exported as VRML models, which Coin is able to import.

Everything on the screen is calculated real-time, thus the user has absolute freedom to go wherever he decides to go during the course of the movie. However, the events are currently „prerecorded“ meaning there’s no variation of the different events, they always happen in the same order and at the same place. An obvious place for improvement would be to make the happenings „independent“ from the program (currently they’re pretty much tied to the program unfortunately), allowing the „playback“ of different scenarios/scripts. The ultimate goal would be implementing the „story generator“ part, which would make it possible to generate scripts based on user input (e. g. number and sex of enemies, heroes, policemen, number of kills etc.), thus allowing a practically infinite number of scenarios.