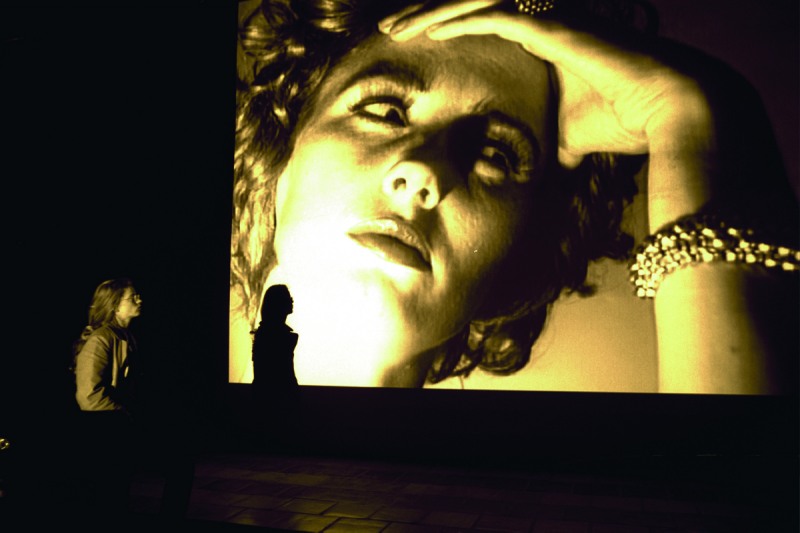 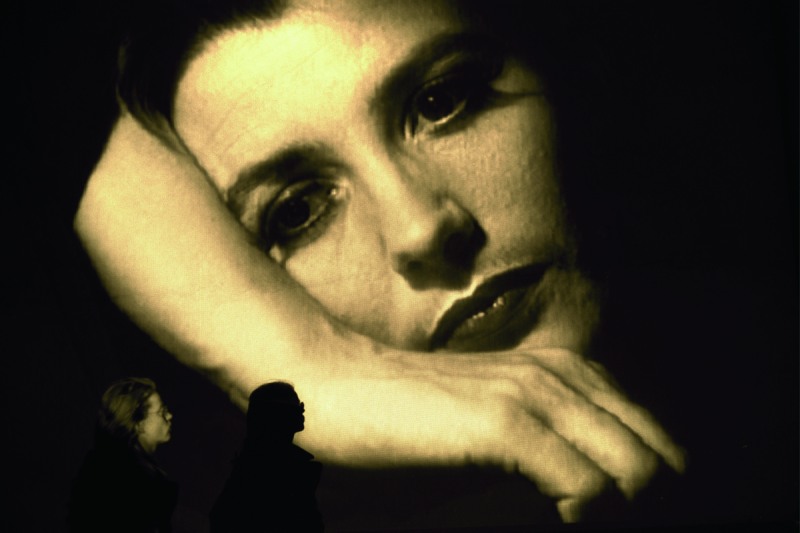 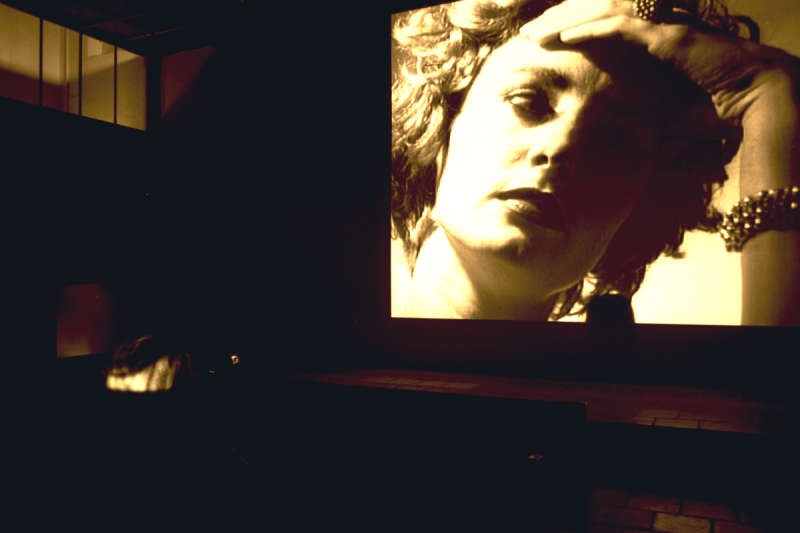 The dark nave of the church is the venue for a large projection of stills by Heidrun Gartenschläger. Facing the altar, we look up to silent, projected black and white portraits that remind us of old Hollywood movie star portraits or excerpts from a Film Noir and which, at first glance, seem to be large illuminated photographs (somewhat in the manner of Cindy Sherman’s early work). Then, however, we begin to notice that the lighting is changing and shifting almost imperceptibly. The shadows of the aurally staged female portrait move and thus mould the figure. That which was formerly illuminated in blinding light now disappears into darkness, a majestic expression becomes fragile – the visage seems to begin to move and seems to play a series of very different roles. After a few minutes the movement is over, the picture is dimmed and soon the next event emerges from the darkness. Heidrun Gartenschläger plays these filmic images (and these female images) herself, and if she occasionally cannot avoid blinking, the illusion of a model on display is suddenly shattered. The posing takes place in real time! The image has a personality, the picture is „returning our gaze”! But the animation of the old stars does not make them less still.

A small, indefinable picture in warm colours is video-projected onto a side wall. The brightness and contrast of these patches or figures which cannot be more closely identified, change and shift slowly but continually. This second element of Gartenschläger’s installation frustrates the „movie theatre element” which would otherwise be created by the church pews which face towards the projection and contrasts effectively the pure identification with and observation of the stills. And it is also a gentle reminder of an image of eternal light.