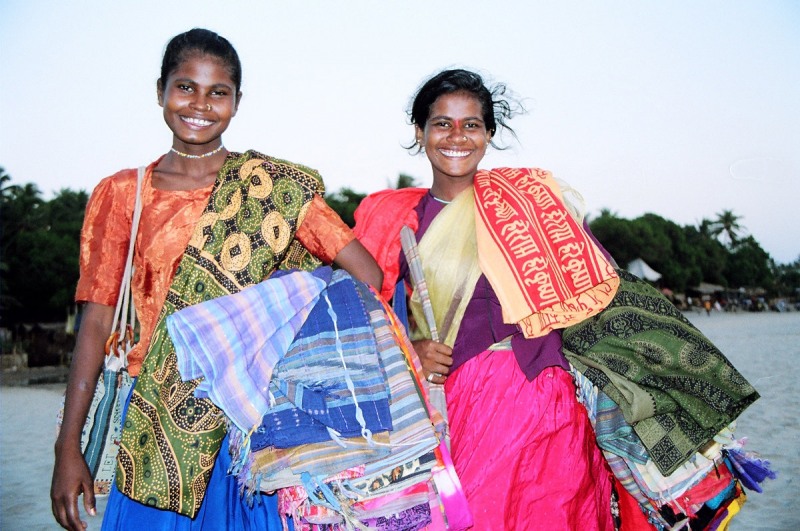 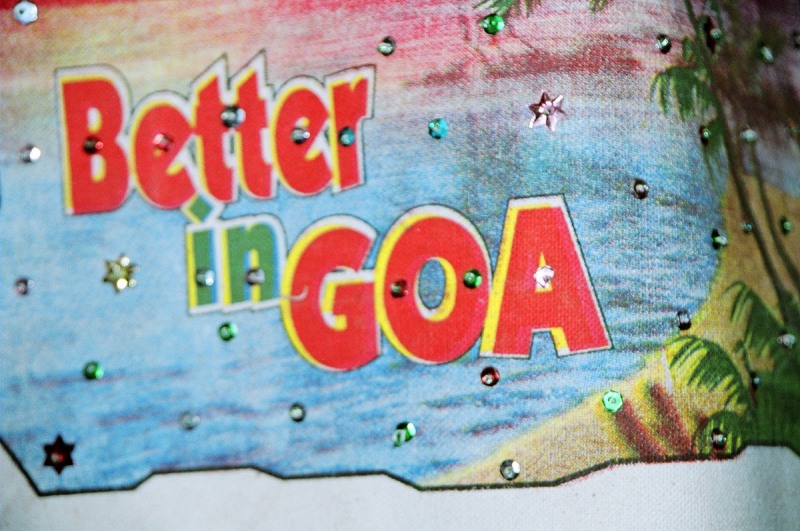 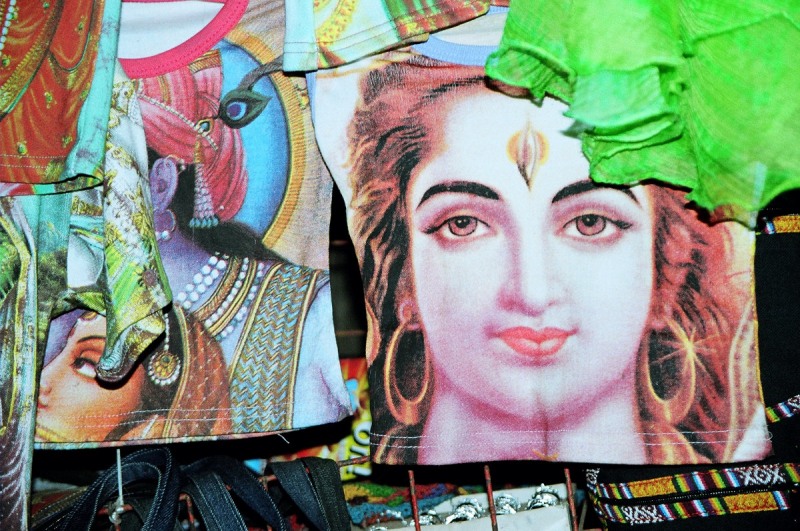 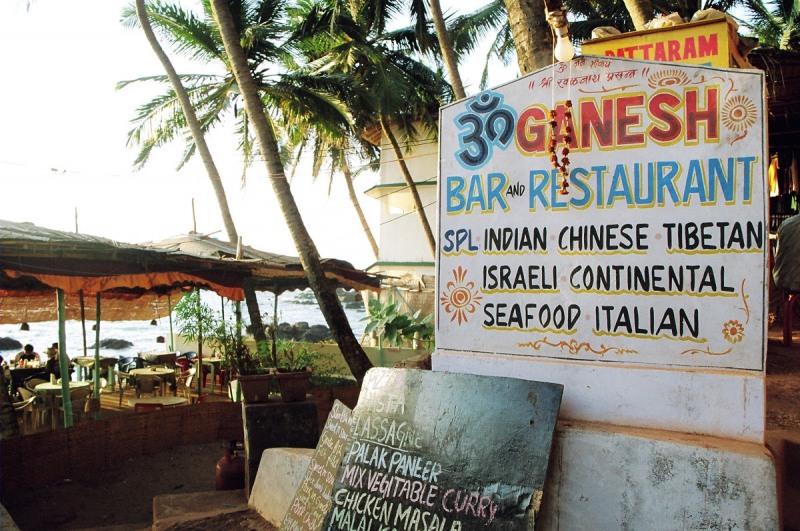 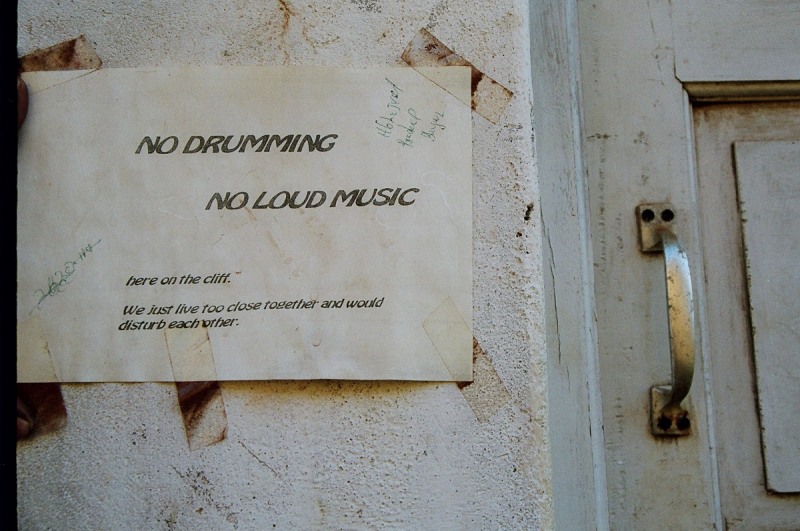 Reliable sources brought us to Arambol, a predominately-catholic village on the northern tip of Goa’s coast. We were told, it is the ‘Promised Land’ where hippies of our days and age come to feel ‘home’. And rightly so: Arambol is the final destination for many in search of an India which mainly exists in the minds of those foreigners, who seek spiritual recharge of a particular kind, An initial visit to the most important pilgrim place Benaras exposes them to the vast offerings of alluring rituals. It is not enough to learn symbols and mantras, they must be practiced and Shanti must be sought in a safe place that that resembles home no matter how projected.  Unlike rest of the India, Arambol with its Portuguese past and tolerance towards western behaviour fits the bill perfectly.

Till ten years back, Arambol, was a small village where the only source of income was fishing and marginal farming. Today locals rent out rooms and run small business like grocery stores, internet cafés, offer Yoga lessons, Ayurvedic massages to relive the stress created by ‘wrong lifestyle’. Also, many small businessmen and hawkers from across the country make their living here. They arrive when the monsoon ends with trinkets, clothes and skills specially created for the hippies’ taste and liking. Ram, 24, is one of them: his family lives in Pushkar, Rajasthan, making clothes, which he sells on the beach. After five years of doing business, Ram much prefers Arambol to his home because here he can make friends with foreigners who are not aware of his rather low status in an Indian society. He seduces blonde girls in his shop, looking at their palms, charkas, and does the Shanti-Shanti show fully aware of the effect it has. Ram then joins these newly acquired friends for an all night party.

In a strange way, Arambol allows many of the Indians who come here to escape from social taboos, which loom large over their lives. Lola, who sells sarongs and jewelry on the beach and spends hours chatting with hippies, has by now acquired a call-center accent, even though poverty has not allowed her a chance to go to school. Despite the hardship, part of her enjoys her work for it means hours of chatting with foreigners who spend their days on the sun beds. Kamala, Parvati, Renuka become Lola, Sonia and Sandra so that westerners can remember their names easily. A new identity opens new possibilities. Lola ‘number one’ teaches a British guy, with orange monk clothes and a beard, how to paint the Shiva symbol in the sand. No Indian would ever ask such a thing from her. Westerners make her feel respected.

“India is not just geography or history. It is not only a nation, a country, a mere piece of land. It is something more: it is a metaphor, poetry, something invisible but very tangible. It is vibrating with certain energy fields which no other country can claim,” says Osho, in “Life’s Mysteries”. His books sell extremely well in the solitary bookshop in Arambol.  Armed with this belief, hippies seek and see signs all around him. Soul care is as  important. Many visit Neeru, a German who was smart enough to make the most beautiful house on the cliff side her residence, conducts regular Satsang sessions discussing the problems created by ‘too much thinking, questioning and questing’. She tells a Swedish girl that Sweden only exists in her head where as India is ‘Home’. Neeru has been a regular to Arambol for more than 10 years. No local has ever attended her satsangs. As far as they are concerned, the spiritual India, which is Neeru’s and her disciples’ “home”, exists on a neighboring planet. The Indians are eager to be close enough to that planet, so her followers become their customers.

The restaurants in Arambol have long since adapted the menus to the taste of those who have stayed in India for months and longer. Even Nutella-pizza is there, for those passing through a period of deep regression. Like everything in Arambol, the restaurants have a makeshift look; many customers prefer to sit on the cushions thrown on the sandy floor to feel the local flavour. (The bars are solely occupied by foreigners, who pass time exchanging their notes on the spiritual journeys undertaken. No Indian in sight, except those who cook and serve to create the perfect flavour.)

It is very essential to feel like an Indian when in India. But, what is this mythical India? There are many interpretations. One of the most popular one is of an elderly British hippie in tight tiger pants. He calls himself Pranaji and has been a regular in Arambol. He has a band with other hippies called Bindoobabas.  He sings his long love affair with India as Lola, Sonia and Sandra sing along with him in the golden glow of the setting sun.

O’ India. You’ll always be my love affair
There’s never been a jewel so rare
There is no one like you anywhere
O’ India yes you’re the only one for me
I wonder what my next door neighbours
Would say if I took you home to for tea.

But, Severina, the massage lady, is no romantic. She is convinced that if the parents had guided them about their own religion like Indians parents do, hippies would not have to search far and further into another faith for Shanti.

This video is the record of our time spent interacting and meeting Indians, who live, work and make money in Arambol.