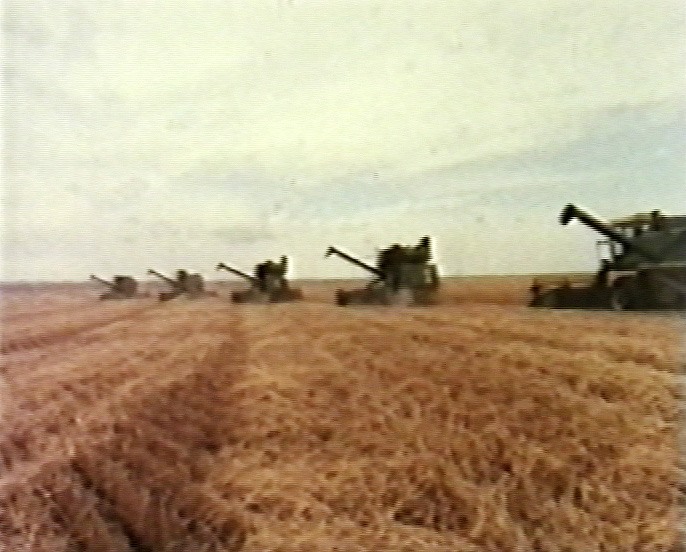 In seven chapters, Septemberweizen shows the path of American wheat from its cultivation to the consumer. The film illuminates how American farmers, scientists, traders, processors, and politicians deal with wheat. Seed growers are putting more and more high-yield hybrids on the market, making the farmers dependent on them. In order to sell their surplus, the United States initiated the dumping programme Food For Peace in 1954 and sent wheat to the Third World. Examples from Africa, Latin America and Asia reveal how the allocation or withdrawal of wheat is used as a political weapon. The Chicago Board of Trade is the hub of world-wide wheat trading; this is where speculation takes place and prices are fixed. Septemberweizen additionally documents the production processes at the Continental Bakeries where Wonder Bread is made 24 hours a day, a bread with flavouring and chemical additives that has almost no nutritional value and contributes to making nutrition increasingly unhealthy.