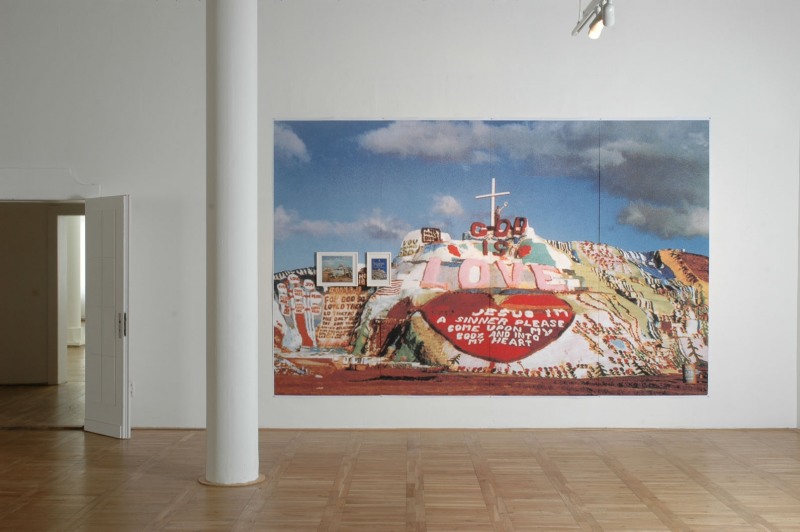 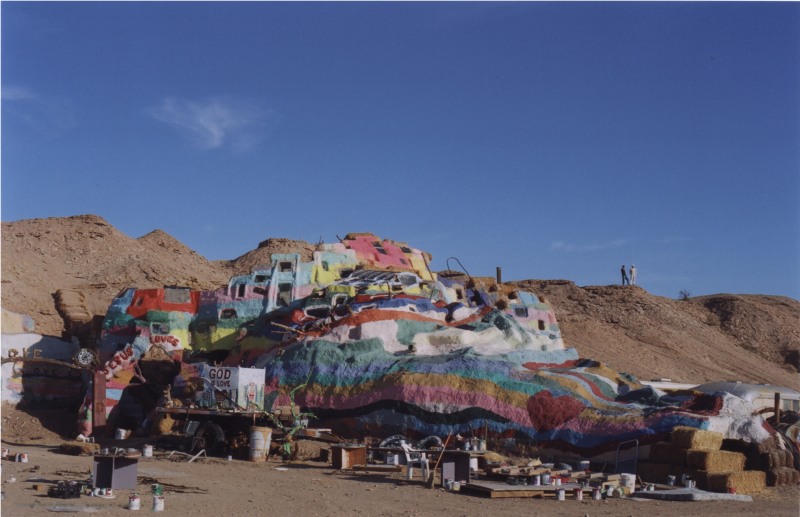 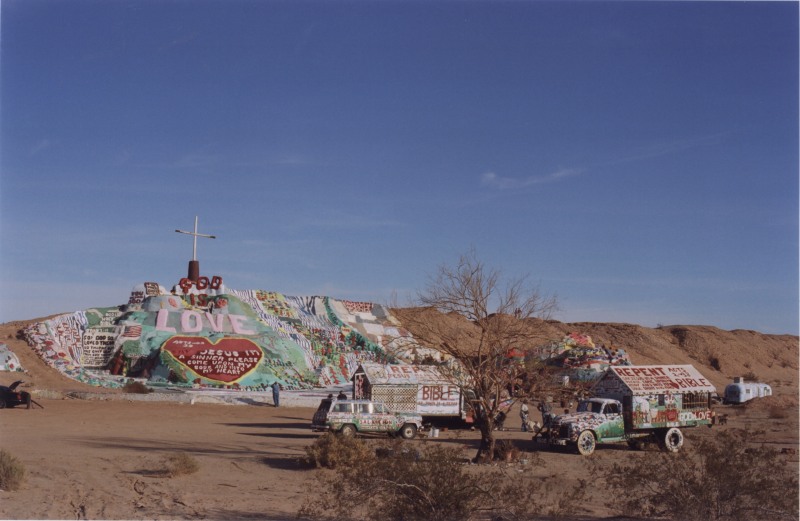 In his documentary film Counter Communities (2003), made in co-production with Oliver Elser, Oliver Croy deals with five alternative architecture projects in the U. S. that all go back to utopian tendencies of the 1960s and 1970s. Apart from his interest in the innovative use of building materials, the artist focused especially on the different utopian social models that were supposed to be realised with these projects.
The research for the film also resulted in a series of photographs about ‘Salvation Mountain’. This architecture does not represent a community or a collective utopia, but is rather symbol for a private and eccentric practice of faith. ‘Salvation Mountain’ near Slab City in California is a mountain painted in different colours, initiated by one man alone, Leonard Knight. The monument, adorned with numerous statements of faith and a cross on top that can be seen from afar is intended to speak of God’s universal love, and be open to all people. Mr Knight asserts that he refused substantial monetary donations from supporters who would have wanted to change the message of God’s almighty love.
Oliver Croy describes the history of ‘Salvation Mountain’ thus: “Leonard Knight, a veteran of the Korean war, invested five years of intensive work in a huge hot-air balloon with the slogan ‘God is Love’. The balloon however was too large to ever take off. Knight decided to build a monument on a hill in the desert instead, dedicated to God. He adorned it with messages from the New Testament and decorations, using thousands of litres of paint donated to him. The mountain received the name Salvation Mountain.” Even though the project was never authorised, in 2002 it was listed as a ‘national treasure’ and is now protected. In the immediate vicinity of Salvation Mountain Leonard Knight, as his latest building project, is now making a copy of the hot air balloon, consisting of mud, hundreds of bales of straw, old car tires, and dead trees that are to support the whole structure. Asked about this daring and most precarious construction, he commented on his task rather laconically: “God showed me how to do it”.