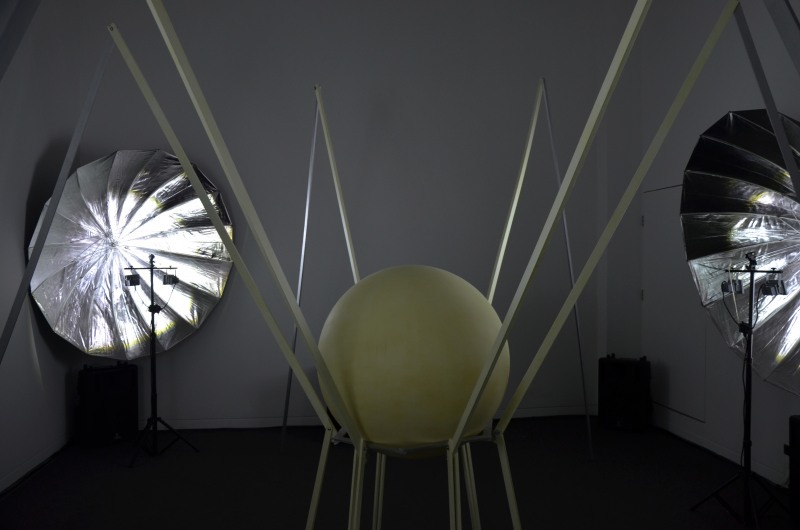 In RL___0 Korinsky take a careful look at – or rather a careful listen to – the origins of the universe. Based on the phenomenon that sound becomes quieter but never disappears entirely, in the installation Korinsky speculate how the past might have sounded. Inspired by the controversial research of the Harvard-Smithsonian Centers, by means of which an echo of the big bang is said to have been recorded, they explore the fascination for the origins of the universe and the fact that there still is no complete explanation for the creation of the cosmos. At irregular intervals a black cloth is lifted from the sculpture for a few seconds, providing a mere hint of what lies concealed behind. Try as we might we are not able to get to the bottom of every secret, a fact that elicits both exhilaration and unbearable tension.