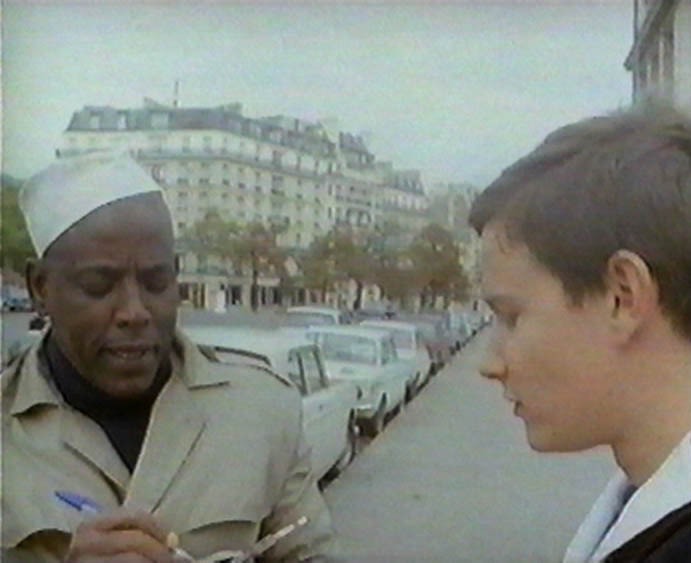 Petit à Petit draws up a reverse ethnography: an African entrepreneur wants to have a multi-story building for his company headquarters as the first one in town. He travels to Paris to gather information on how to construct modern high-rises. At the same time, he explores the lifestyle of the French, measuring their bodies and wondering about their lack of politeness. Back in Niger, he erects an international-style high-rise and has the secretaries he brought along work for him following the model of Western production and employment relations. Up to the point at which he renounces the exploitative logic of capitalism and returns to his ‘roots’ in the name of a new civilisation.

The French filmmaker and ethnologist Jean Rouch (died 2004) was an advocate of cross-cultural encounters. His oeuvre comprises more than one hundred films that were produced outside the commercial system. Rouch’s films are dedicated to a documentary search for truth, while simultaneously operating along the border between reality and fiction.
http://www.jean-rouch.de