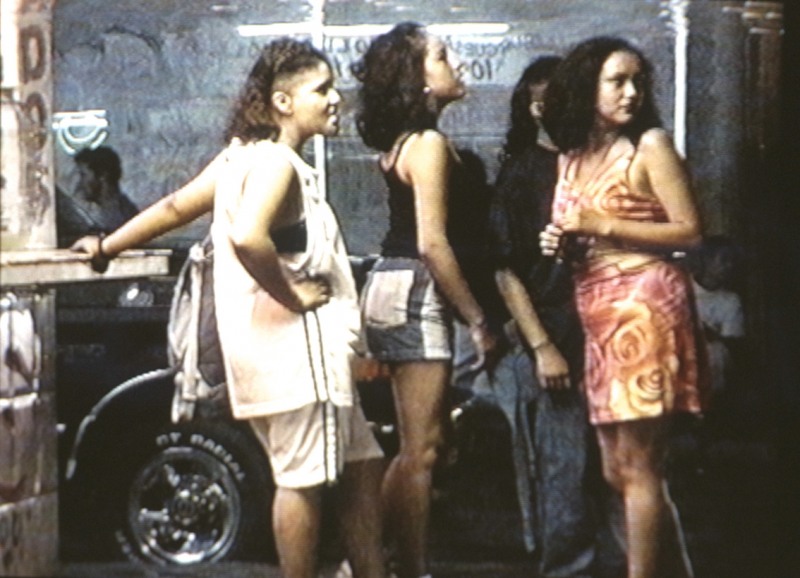 Performing the Border, a video essay by the artist Ursula Biemann features life and work of female workers in Ciudad Juarez, a town close to the Mexican-US border and a center of global high-tech production. An increase of prostitution and a series of unresolved murders since 1993 in which 150 women had been killed raises the question of a correlation of mass technology and the commodity status of the female body. Interviews with women, her own video footage, TV-documentaries and police report create a multi-layered image of the border as a discoursive space. It documents the surveillance strategies of the employer companies as well as it describes the creation of alternative spaces in a span of tension between (female) subjectivity and global capital.