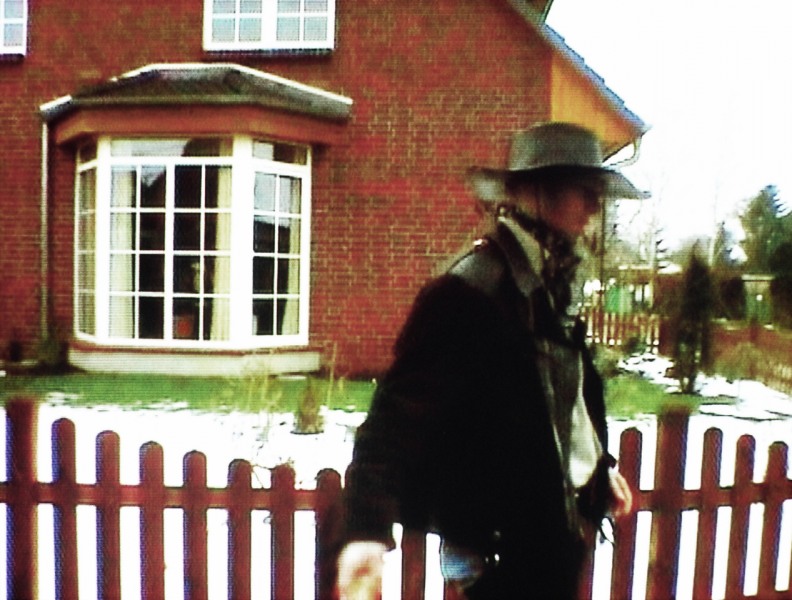 Passing Suburbia is a German-style parody of the road-movie. As the camera pans the typical desolation of a new private housing development, strange figures suddenly appear: drag-king cowboys. On the one hand they personify the dream of the wide, wild world that seems to have been wiped out by this kind of settlement, yet, in standing before the houses almost as if they were guarding them, the cowboys also evoke associations with ‘gated communities’, those new urban fortresses of the American middle class, which – like everything else the USA cooks up – will probably sooner or later appear in Germany too.