Nummer acht, everything is going to be alright 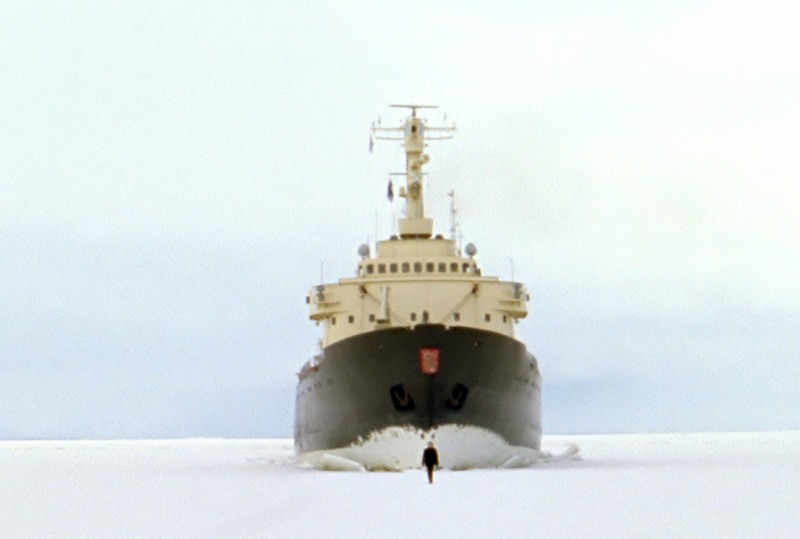 A frozen sea with nothing on the horizon, except for a large ship that is forcing its way through the ice. A tiny figure is walking a few metres ahead of this icebreaker, as if it has to lead the way. A more monumental image could hardly be imagined. Van der Werve, wearing an ordinary coat that hangs loosely around his body as if he has just left his house, has ventured onto thin ice. The distance between his footsteps on the ice and the channel opening up behind him is sometimes so slight that it makes you hold your breath. But looking behind him could be fatal. The sight of that colossus of a ship and the knowledge that it could swallow him up at any moment could suddenly make his knees go weak. Reality, with all its disasters and terrifying tricks, could bebreathing down his neck. Walking on imperturbably is his only chance, and as long as he keeps up his pace, everything is going to be alright.