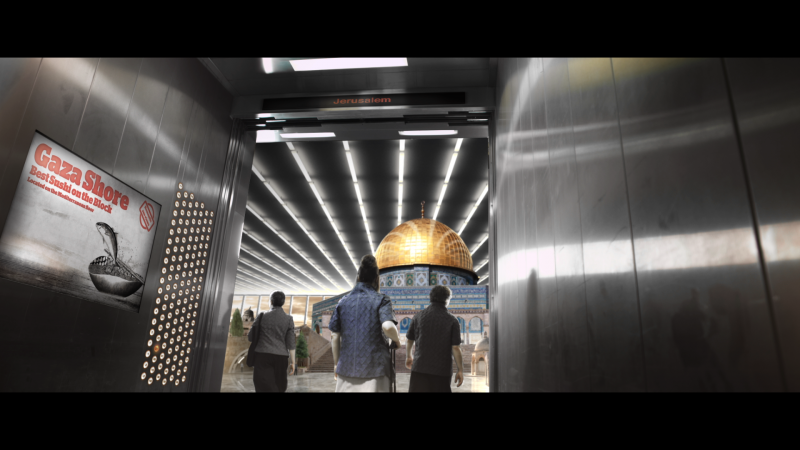 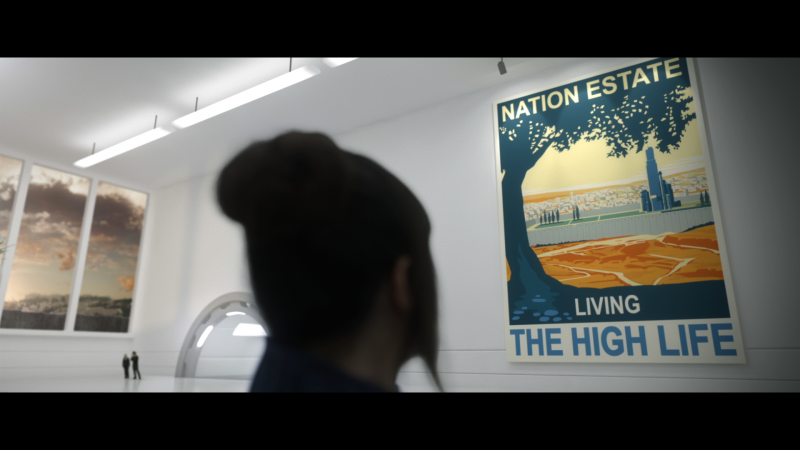 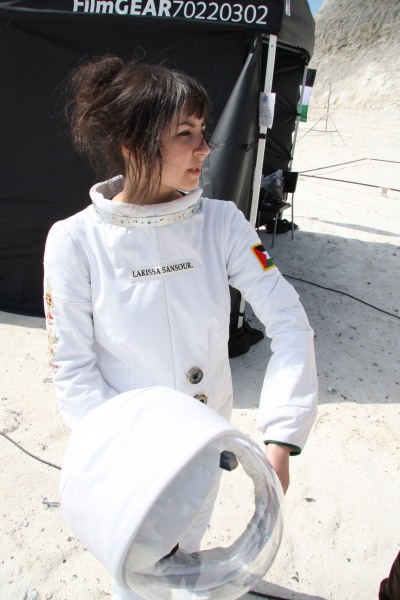 Nation Estate is a Sci-Fi short offering a clinically dystopian, yet humorous approach to the deadlock in the Middle East.

With a glossy mixture of computer generated imagery, live actors and an arabesque electronica soundtrack, Nation Estate explores a vertical solution to Palestinian statehood. One colossal skyscraper housing the entire Palestinian population – now finally living the high life. Each city has its own floor: Jerusalem on the third floor, Ramallah on the fourth floor, Sansour’s native Bethlehem on the fifth and so on. Intercity trips previously marred by checkpoints are now made by elevator. Aiming for a sense of belonging, the lobby of each floor reenacts iconic squares and landmarks.

The story follows the female lead in a futuristic folklore suit returning home from a trip abroad and making her way through the lobby of the monstrous building – sponsored and sanctioned by the international community. Having passed the security checks, she takes the elevator to the Bethlehem floor and crosses Manger Square and Church of the Nativity on her way to her apartment where she prepares a plate of Sci-Fi tabouleh.