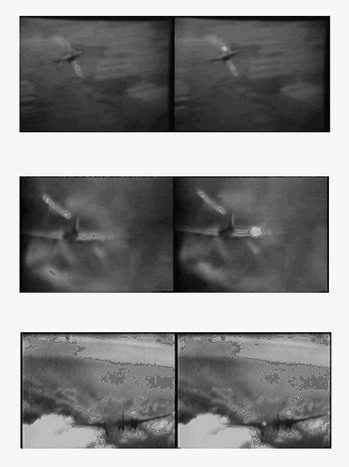 For „Morsen” (Morse Code) two succeding frames were taken out of an air combat-footage film. On the second frame there is something visible like a small light. This is a direct hit. The two frames were arranged in a small computer programme, which allowes to switch from the first to the second frame by clicking the mouse. The second frame is connected with the sound. By switching between the frames it is possible to morse a text. The three sequences shown here are excerpts of three different texts that I have morsed and which have been recorded on video.