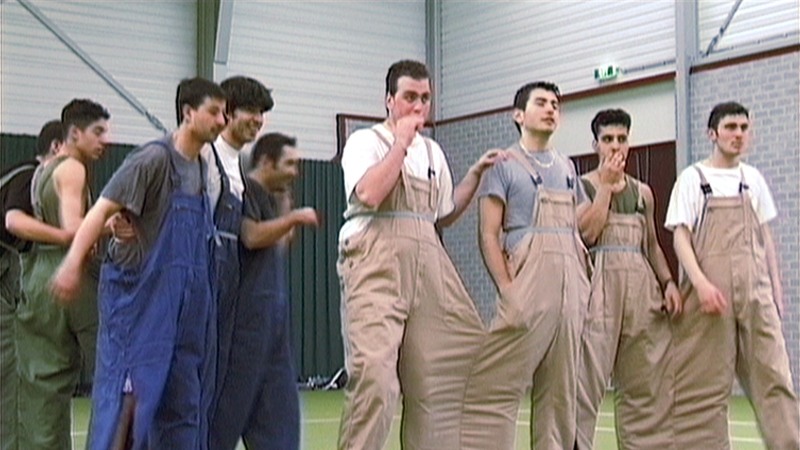 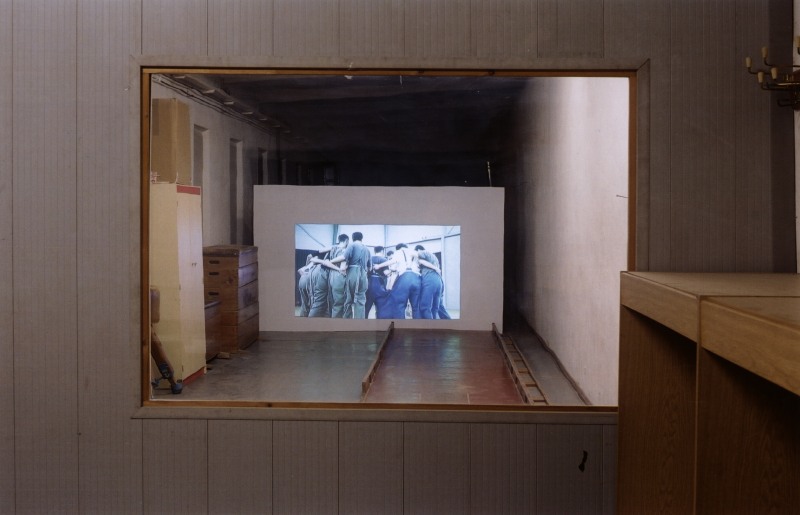 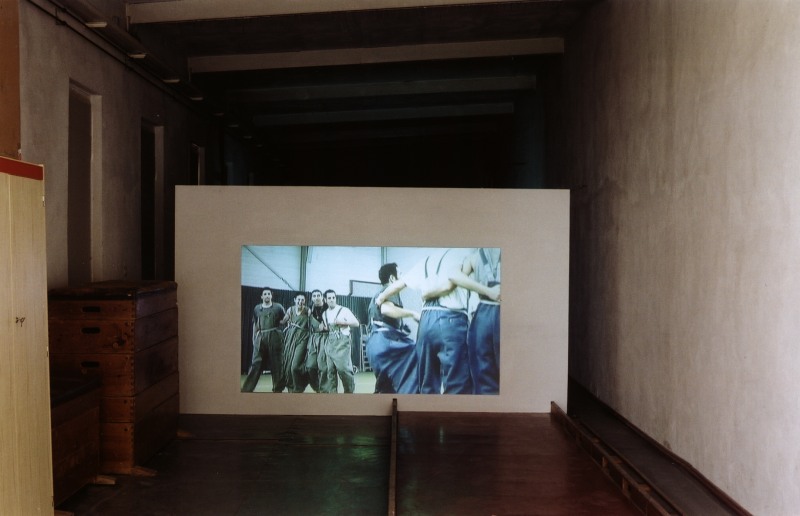 In the bowling alley, an extension to the building, a white, shoulder-high wall was added, traversing the alley. On an inserted screen, a video projection, showing three groups of young men in blue, olive and khaki-coloured overalls, executing movements somewhat reminiscent of contemporary dance in accordance with a hard-to-detect choreography. Their different coloured overalls were sewn together at the side-seams, so that none of them was able to move indepen- dently of the others. This limited freedom of movement led to some laughter and horseplay among the young men. Their behaviour brought to mind the camaraderie of young adults at their place of work, but also the organisational structures of sports at the workplace in the former GDR. Only after watching for quite a while, did the rules of the game become apparent: Among the formation of the three ‘teams’, the young men were trying to play soccer, but again and again failed because of the number of formations and their range of movement being hampered by being sewn together.

This work, which had been produced on an earlier occasion, was adapted to the specific location in the bowling alley. The video presented a sort of timeless space, allowing associations to structures of (inter)dependency and solidarity, body language and a sense of belonging or membership in the realms of work and leisure activities.