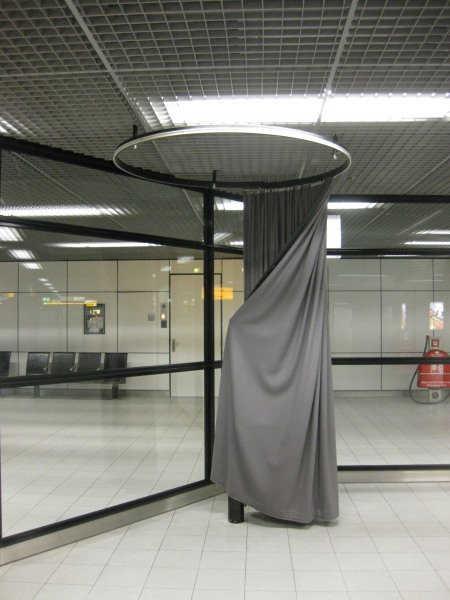 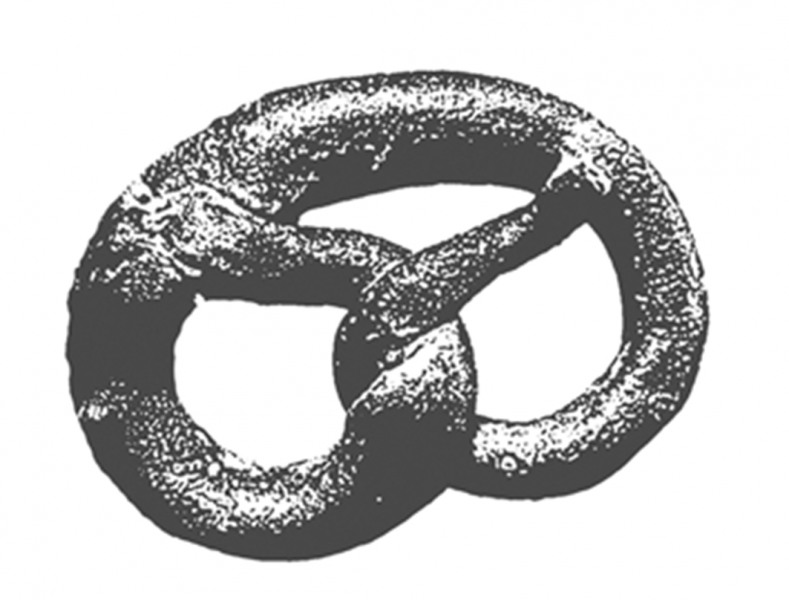 ‘Indeed it is quite striking, how many unsettling moments often arise from the violation or rupture of a seemingly autonomous, clearly demarcated sphere.’1

In Raymond Taudin Chabot’s recent work, a sound installation titled Marking the Line, we hear a man whistling a sequence of musical scores that is repeated and varied perpetually, without any evident system or logic. Rather than a continuous melody or song, we hear an attempt to recall and approximate a simple tune from memory. The acoustic colour of the whistling is restrained and nondescript. No specific or recognizable melody is discernable. The tune shifts randomly between five loudspeakers distributed throughout the exhibition space. The tones deriving from these scattered speakers form a three-dimensional, drifting sound mesh. The whistling seems to be everywhere and nowhere at the same time.

The randomness of the movement of sound between the speakers makes it difficult to predict the source of the tune consistently. This lack of certainty leads to a sense of disorientation for the auditor who walks through the space: to a sense of disjunctive space, in which s/he has to move between zones comprised of varying levels of clarity and awareness, vagueness and responsiveness. The previously confined and clearly apprehensible exhibition space now becomes decentred and destabilized. Whistling occupies a peculiar position somewhere between language and musical expression. It is a kind of vocal utterance that can be used by individuals to indicate and delimit their personal space. It enhances the whistler’s presence and announces his appearance. The individual who moves through public space and is confronted with the presence and erratic behaviour of other individuals is constantly preoccupied with demarking and protecting his own personal sphere. The whistling voice becomes an extension of the body.Raymond Taudin Chabot transposes this act of demarcation from the public sphere of endless human interaction into the semi-privacy of the exhibition space, in which individuals move and behave in a different way. Exhibition visitors generally have a heightened awareness of their own bodies and movements in relation to the objects (or in this case, to the sound) that surround/s them within an otherwise void-like space. The whistling sound becomes a confusing intrusion into the visitors’ own personal spheres. The act of trying to summon up a melody from memory is often performed in a partly subconscious state of mind. Consciousness shifts between attentiveness and reverie, and the melody keeps coming to mind in a repetitious and persistent way. The singer or the whistler then recapitulates the fragments of the song that ricochet in his mind and reproduces these musical scores according to his own memory or interpretation.

In the same way, Taudin Chabot’s sound installation draws on this idea of a correlation between attentiveness and distraction. The whistled sequences move constantly between the speakers and thereby disturb the concentration of the auditor, who is trying to define his own position in the space, vis-à-vis the invisible presence of the whistler. The cultural logic of capitalism demands that we accept a rapid switch of attention from one thing to another as a natural act. In Marking the Line this constraint is undermined by the constant play of repetition and variation, of distance and proximity. This state of distraction redefines personal boundaries in relation to the unstable environment and creates an uncanny and unsettling situation for the auditor of the sound installation.Marking the Line can also be read as a minimal ‘anti event’. Although the whistled tune fluctuates over time, adapting slightly different tonalities and rhythms, the sound sequence stays constant and shows no notable culmination. The auditor’s expectations collide with the sound piece’s uneventful course. ‘It is not so much about frustrating the spectator, as about the tension of giving and taking away, of setting some kind of expectations and then not allowing them to be fulfilled, at least not in the sense that you expect …’2

The idea of the ‘anti-event’ is recurrent in the work of Raymond Taudin Chabot. Marking the Line is the artist’s first sound installation, and can be regarded as an extension of his previous practice, which encompasses video and photography. His notion of the ‘uneventful’ is most apparent in the video pieces That Place (2007) and Before Completion (2007) but is found also in his photographic work, in series like Silent Queue (2008) and Limbo (2006). Time expands and contracts, solidifies and collapses, and is always highly tangible for the spectator of his work. The idea of time in Taudin Chabot’s work could be described as follows: ‘…a simultaneous too-late and too-early, a something that is both about to happen and has just happened’.