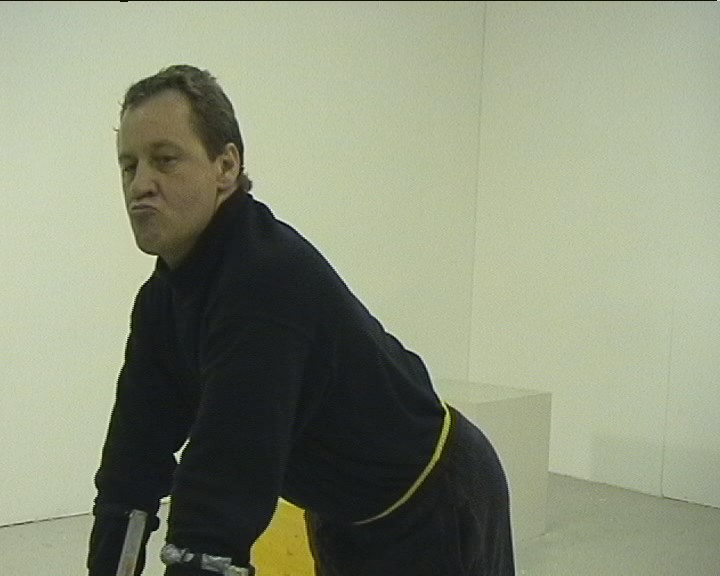 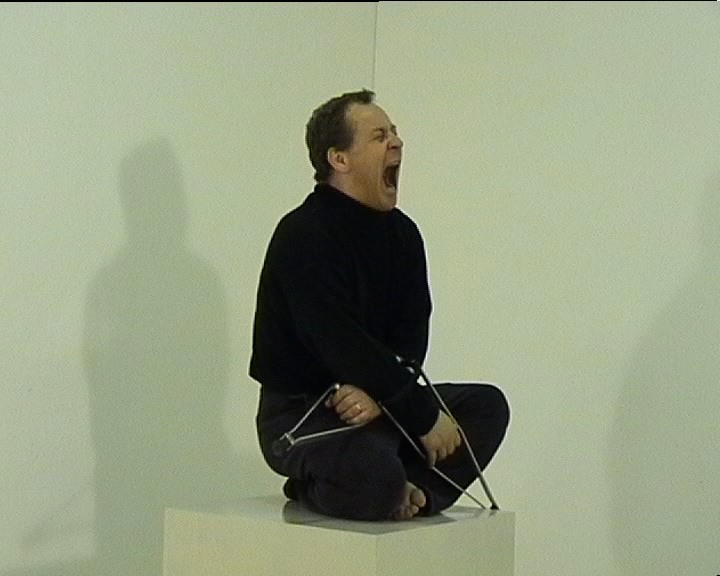 This is a video-portrait of the actor Peter Elliot, a specialist in imitating gorillas, who has worked on movies such as ‘Gorillas in the Myst’ and ‘Greystoke’. It was shot during a single 3-hour long performance session in my studio, in the final year of my postgraduate studies in Visual Arts at Goldsmiths College, London. It is also a self-portrait of sorts: a humorous take on the ‘artist in the studio’ motif of early performance/video work by artists like Nauman, Mcarthy or Acconci.

A video-portrait of Peter Elliot, a professional actor who specializes in imitating apes, doing his gorilla impersonation (amongst others in films such as Gorillas in the Mist and Greystoke): “In nature, if you spend too much time looking at something, a predator will jump at you from behind and eat you. That’s why gorillas have a low attention span and a high curiosity rate. High curiosity means that everything becomes equally interesting, just like for a child”. Tiago Carneiro da Cunha reversed the situation, allowing us to observe with great attention Elliot’s attentive rendition of a low attention span, and the high curiosity rate for the unknown – reminiscent of ‘The Dawn of Man’, the opening scene of 2001, A Space Odyssey, where a primeval ape makes a breakthrough, becoming endowed with intelligence after experiencing a mysterious black monolith.