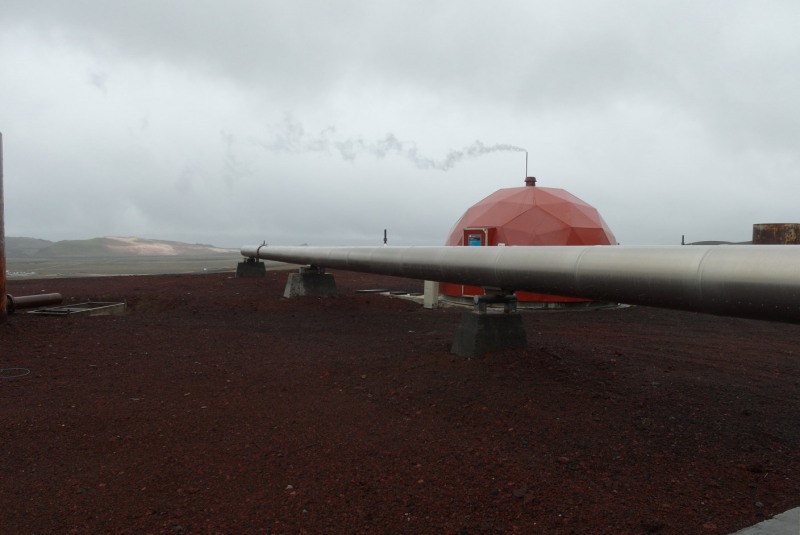 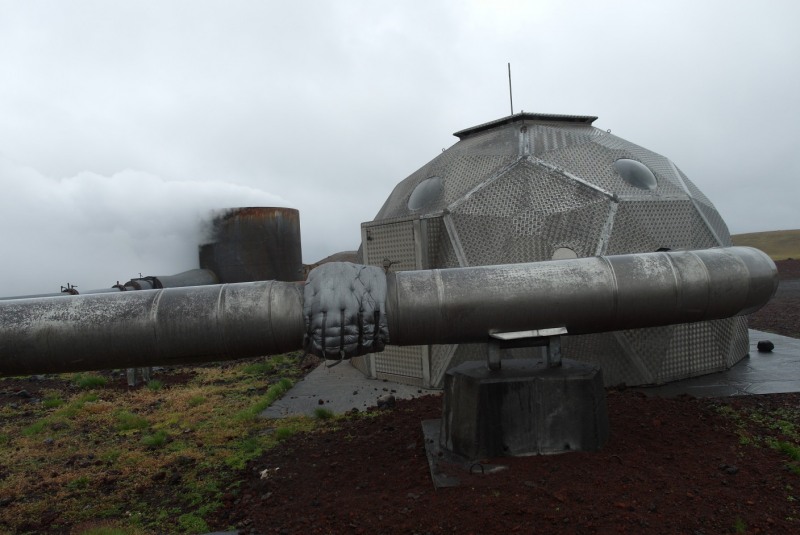 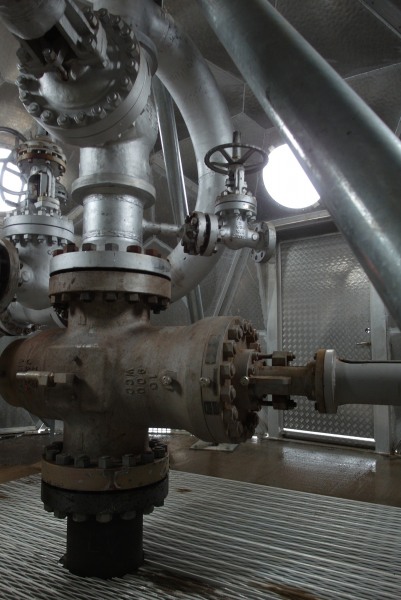 This work is an audiovisual concert and installation by 18 boreholes and 1 Geothermal power plant.

It is also a live electro-acoustic performance composed primarily from field recordings from the Krafla Geothermal power plant and the surrounding region, located in a volcanic caldera in the north of Iceland. The concert will be accompanied by a single-screen projection of a digitalised monochrome 16mm film and a photo montage from the Krafla area.

The Krafla power plant includes numerous deep boreholes to access steam and geothermal springs; the top of each borehole is enclosed in a geodesic structure and connected to a network of pipelines that take steam and water to the different parts of the power plant. Each of these boreholes has a very individual character depending on the age and depth of the installation, and as such function as a kind of industrial musical instrument with its own personality. The evaporation processes and power turbines also produce an intense density of sound. These industrial infrastructures are set in the context of the Caldera’s land and weather, prone to intense winds and heavy fog. Krafla seeks to explore the relationships between these human and extra-human forces.

Krafla is currently a work in progress.

This work was realised within the framework of the European Media Art Platforms (EMAP) programme at Antre Peaux (ex Bandits Mages) (FR) with support of the Creative Europe Culture Programme of the European Union.