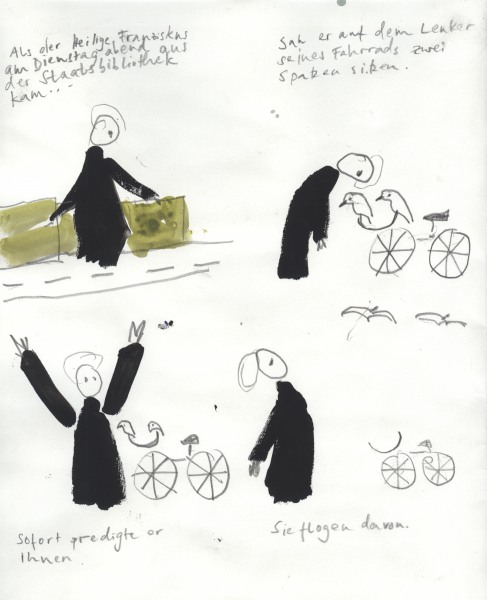 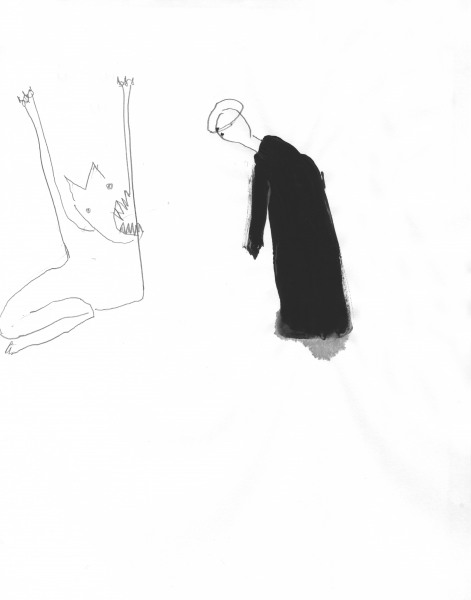 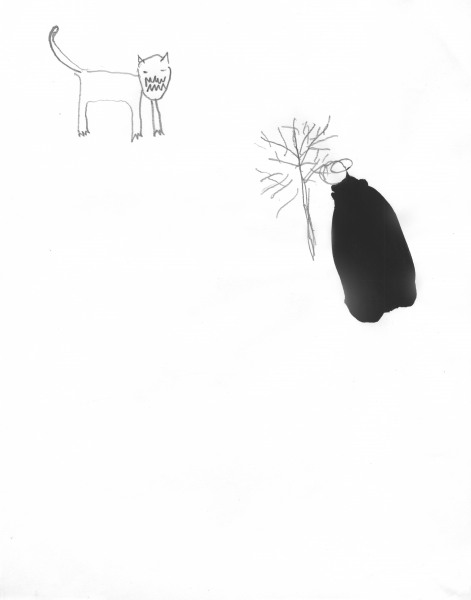 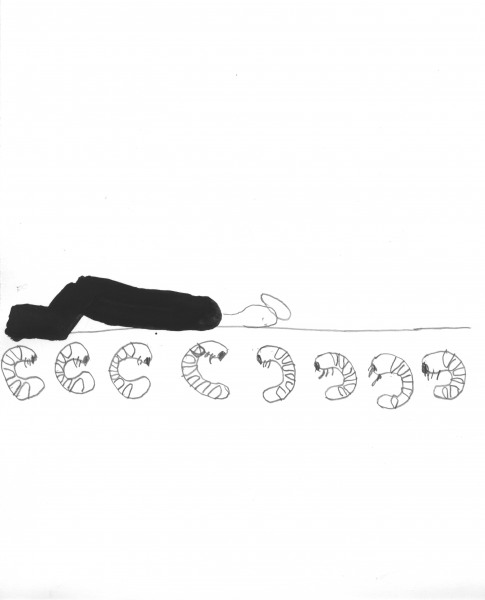 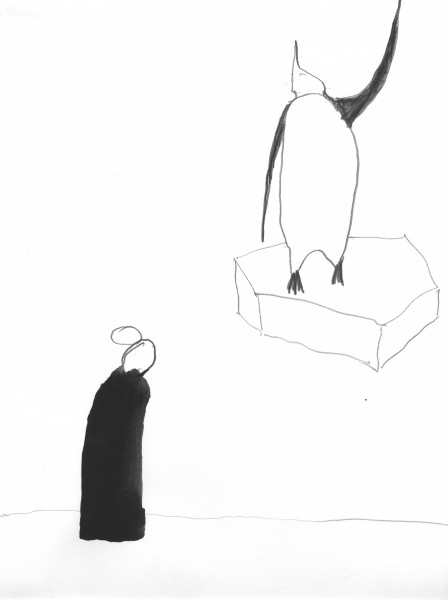 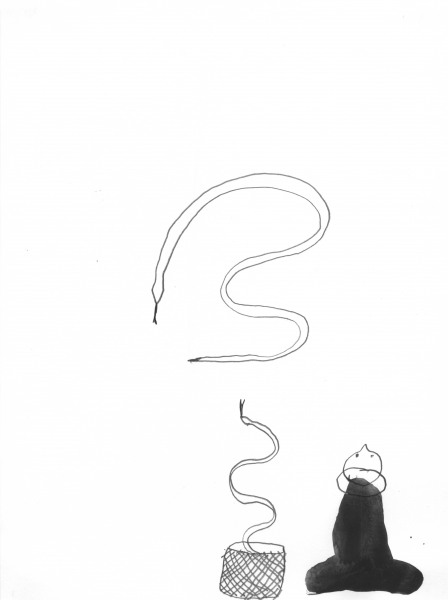 Not just the saints of today, but also those from the history of religion often serve for engaging with personal, artistic, or political concerns.
Thus the popular book about the new world order and the collapse of the Empire by Michael Hardt and Antonio Negri ends with a solemn left-wing Catholic gaze into the future which is oriented on the work of St. Francis of Assisi: “In opposition to nascent capitalism … he posed a joyous life, including all of being and nature, the animals, sister moon, brother sun, the birds on the field, the poor and exploited humans, together against the will of power and corruption. Once again in postmodernity we find ourselves in Francis’s situation, posing against the misery of power the joy of being.”
While the monk’s charismatic work is interpreted by Michael Hardt and Antonio Negri dialectically as revolutionary because it anticipates the “lightness and joy of being communist”, in the works of Andrea Büttner St. Francis the man is interpreted existentially. Following his “sermon to the birds”, the artist sketches in her drawings with just a few lines the attempts of animals like a snake, dog, or lion to speak with St. Francis. Thus the hierarchical relationship between speaker and listener in the “sermon to the birds” is here reversed.
For the engagement with his person, Andrea Büttner is also following a biographical impulse; her high-school was run by Franciscan nuns. Apart from her current research on nuns who were artists such as Sister Corita Kent, and her evenings of drawing in a Carmelite convent in London, she has been working on the topics of ‘shame’ and ‘radical objectivity’ in recent years. These themes are both the subject of her text works, woodcuts, and installations, as well as a stylistic instrumentarium for the use of ‘uncool’ and ‘poor’ materials.
The seemingly very personal revelatory character of her texts and her radically naive and reduced visual vocabulary (reminiscent of comic strips) undermine patterns of visual and verbal communication, reducing them to the bare essentials. The gesture of self-revelation and the public struggle for self-description are direct and disarming. The limits of shame, simplicity, or embarrassing imperfection are opened up within the artistic context.
About her series of drawings, Andrea Büttner writes: “Since 2003 I have read a lot about and by Francis. What I like about Francis is that he called poverty, in the language of the troubadours, ‘Lady Poverty’. That he was the first to write a poem in Italian. This poem, the Canticle of the Sun, ends with a verse that according to legend he wrote just before his death: ‘May Thou be praised, my Lord, for our sister, bodily death, whom no man living can escape.’ I only recently discovered that the maggot drawing has to do with what I think about saints: that there were some who loved reality. That this is precisely what sainthood is.” Thus the series of drawings Tiere predigen dem Heiligen Franziskus [Animals preach to St. Francis] (2004) shows in a beautiful mirroring St. Francis not imparting his faith through his word and his life, but listening to the animals.