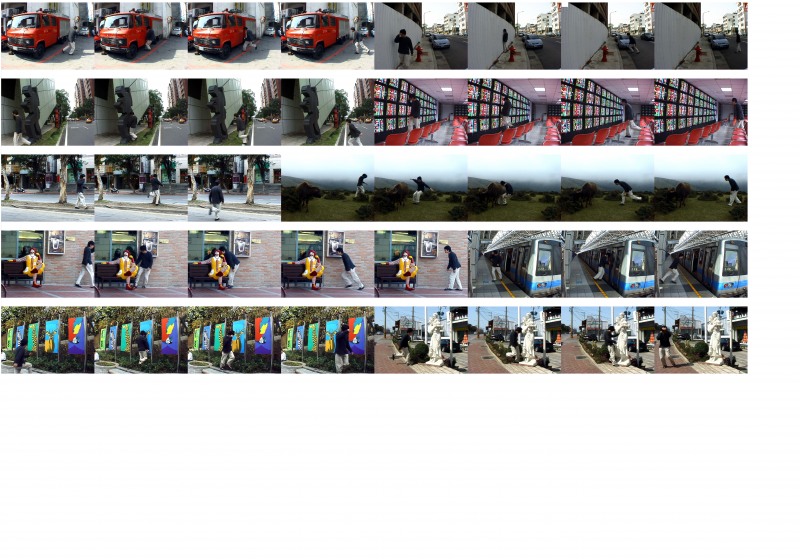 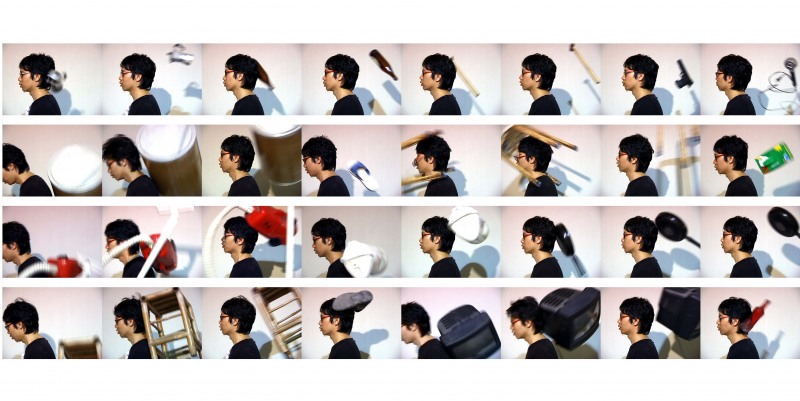 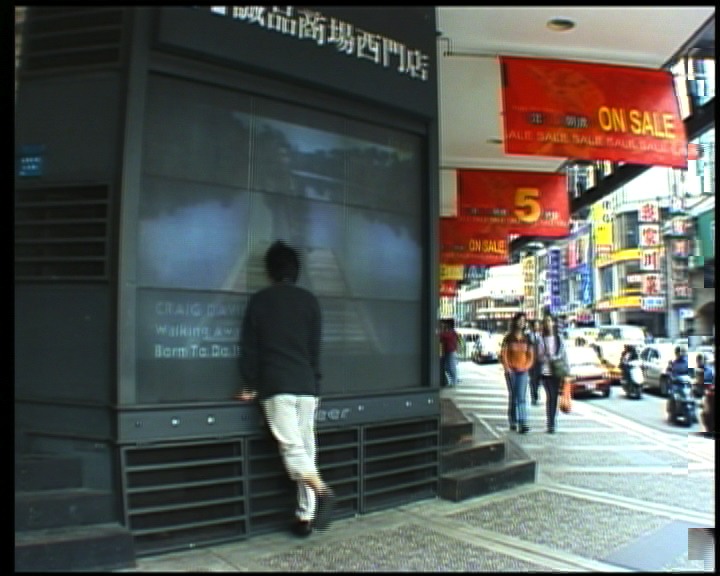 The complexity and sometimes frustrating ambiguity of our relationships to the world around us are illustrated in the works of Kuang-Yu Tsui, a Taiwanese artist who explores our struggle to fit in, and sincerely interact, with the setting and meaningful props of everyday life. In his series Eighteen Copper Guardians in Shao-Lin Temple and Penetration, we are confronted with Tsui’s various attempts to forcefully integrate his body into society. In The Perceptive Tsui takes on the task of identifying and verbally naming the objects that are thrown at his head. As he gets hit by pots, gloves, a television set, books, a vacuum cleaner, wine bottles and other paraphernalia, his limited ability to name the objects decreases, and we are left with a helpless but firm “I don’t know”. The more that is thrown at him, the less he can identify. In The Penetrative we see Tsui absurdly throwing himself headfirst into a range of common objects and structures, ranging from a television screen to a cow in a field. The obvious shock and pain of these acts exemplify both the imprinting and affect of the world on our bodies, and our struggle to close the representational distance between our internal and external existences. The final act of vomiting in a variety of settings in The Spontaneous responds to these borders and culminates in him leaving his most internal of traces on the world around him.