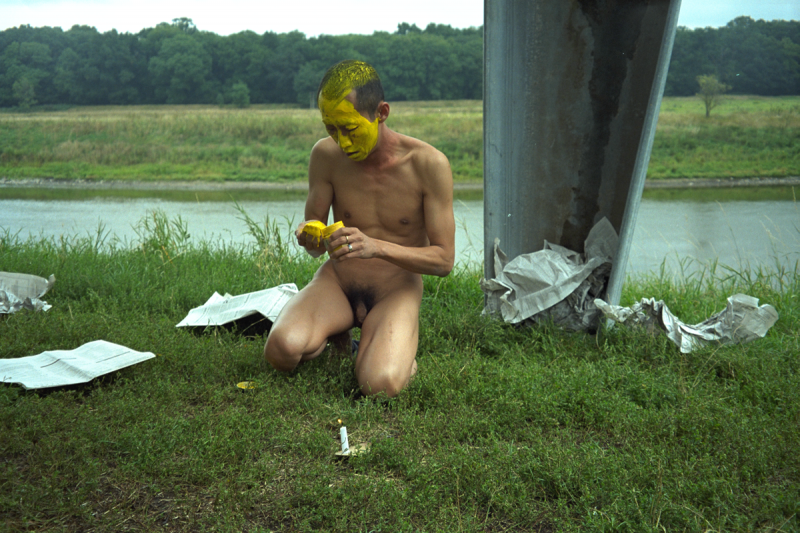 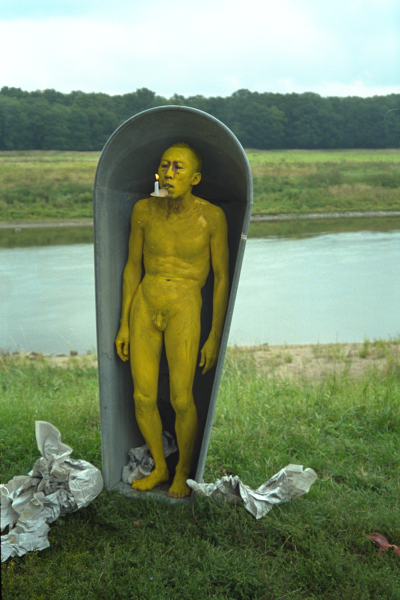 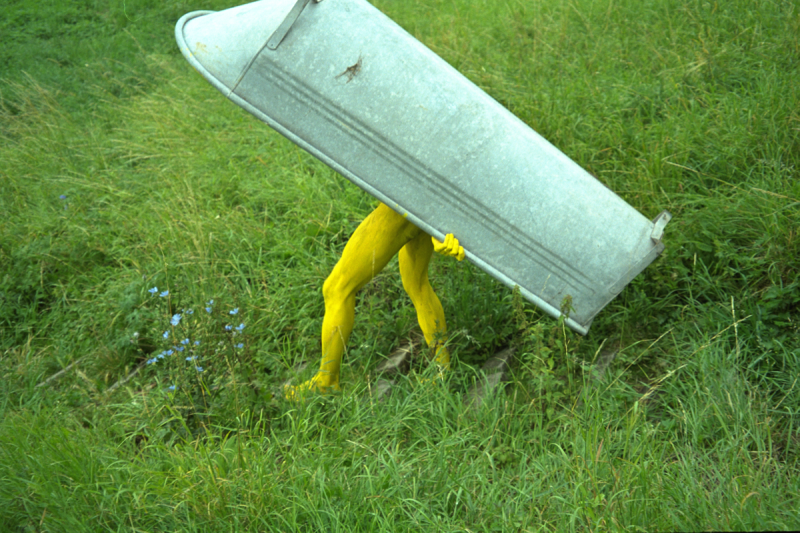 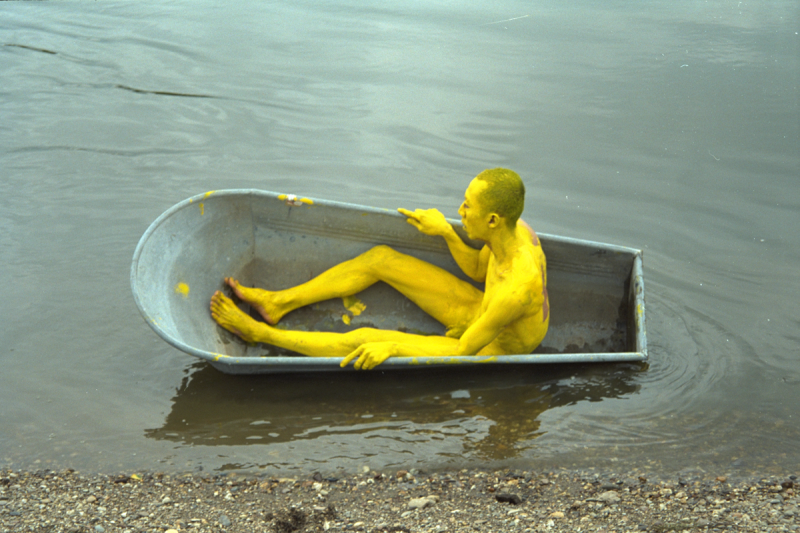 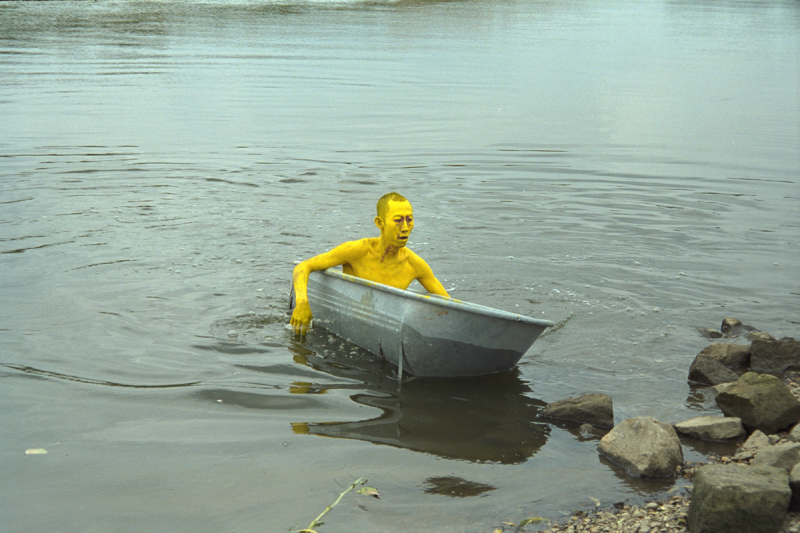 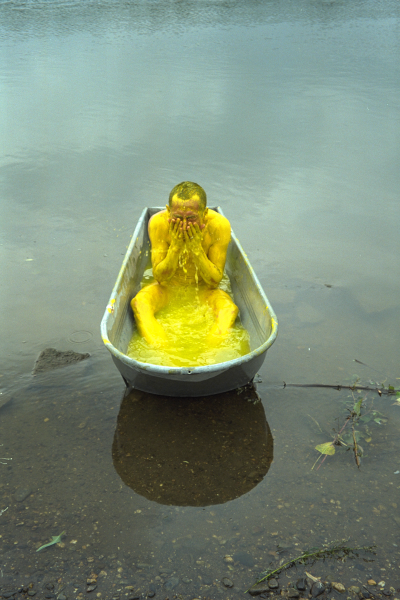 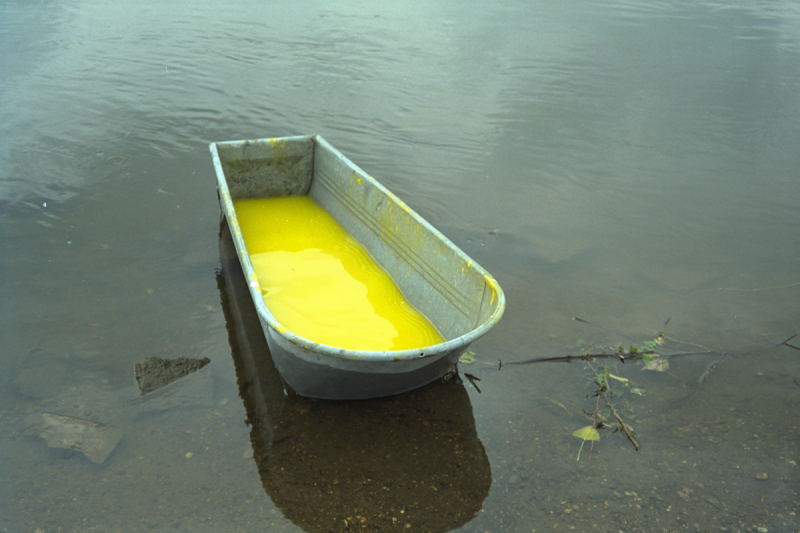 Various short beginnings out of the audience, then diving back into it. Then he was standing at the edge of the dyke in an upright positioned zinc bath tub (which we already know). He had a piece of meat in his mouth, an oversized tongue, hanging out, started to shake it, stronger and stronger until it fell out. The bath tub had something of a sarcophagus. The way he stood in it, the tongue hanging around his neck, the head strechted out, bird-like, Egyptian, any second the tub could tip back over. He stepped out of the house, his head covered with pages of a newspaper, breathing heavily, holes torn out for the eyes and the mouth, taking a wooden spoon, putting the handle in his mouth, lighting a candle, attaching it to the spoon, standing in the tub again, the silhouette, a part of the face, the edge of the tub and the spoon with the candle, removed the newspaper from his head, with the calmness immanent to the archaic.

The candle did not go out despite the wind, on the spoon, standing on the grass.

Yellow paint rubbed on, spread over the body, standing in the sarcophagus again, then taking the tub like the shell of a turtle, yellow shaking legs, and moving from the dyke to the banks of the river. The tub put into the river, more lying than sitting, drifting, spinning, rowing with the hands, myth of origin with yellow man.
What archaic-poetic images have, they touch quietly.