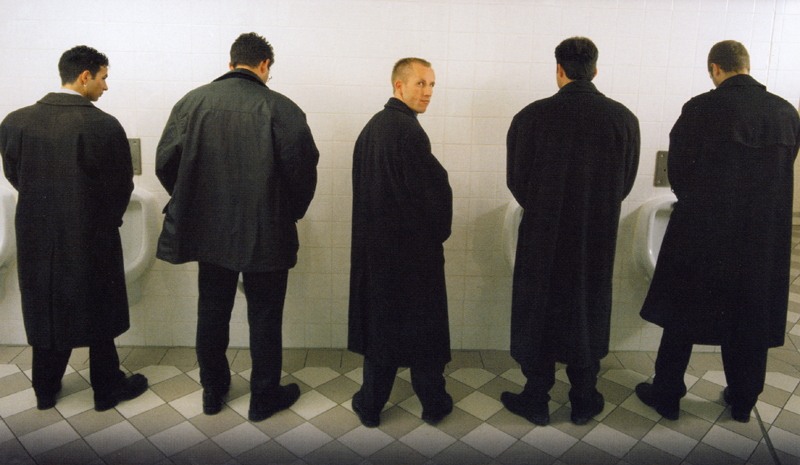 "Die Blume der Hausfrau" (the flower of the housewife) is a province story about German values: cleanness, hygiene, the own home. Christmas time in the land of the „Kehrwoche“ (obligation of weekly sweeping the house and the street). It is the story of Massimo, Salvatore, Angelo, Maurizio and Steffen. Four half Italians and one German. They are working as salesmen for vacuum cleaners in Stuttgart, in the south of the country. Day after day they try to sell the dream of cleanliness to Swabian housewifes - with varying degrees of success. All of a sudden, the struggle against the dirt is becoming their own struggle for survival. Who doesn't sell anything, doesn't earn anything either. This is not only bad for one's own moral, but for the spirit of the team. It is like real life - in the end there are winners and losers. The losers are left behind, the winners move on. Beyond that, „Die Blume der Hausfrau“ gives insight to the cleaning business itself and the organisation of a company which made a billion-turnover on the house-to-house sale of vacuum cleaners last year. „Die Blume der Hausfrau“ is the first feature film of director Dominik Wessely and producer Michael Jungfleisch, who are both graduates of the Filmakademie Baden-Württemberg in Ludwigsburg.

Produced by GAMBIT Filmproduction Ludwigsburg, supported by the MFG-Filmförderung Baden-Württemberg and in Co-Production with ZDF-Das Kleine Fernsehspiel.