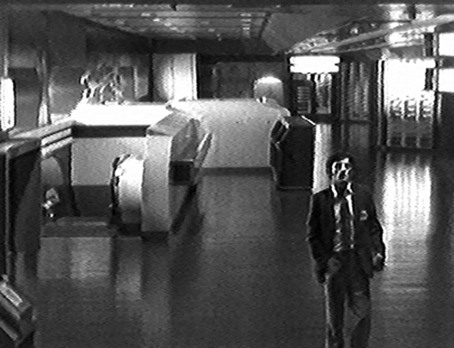 The International Congress Centre in Berlin (ICC) is one of the major projects of modern urban planning. „Giant machines“ which were integrated into the urban landscape. It is a meeting place for many different points of view. A video surveillance system consisting of 40 cameras monitors the goings-on. In this way the ICC is turned into an enormous filmstudio, with an unremitting production of pictures. There’s no cameraman, there’s no director, there’s no screenplay, there’s no actor, there’s no story? The ICC surveillance system, a Big Brother… who’s watching you! we „switch ourselves on“. „Das eiskalte Auge“ is recording the silent images of the video surveillance and is confronting them with dialogue, music and noise quotations taken from certain genre-films.