CAPITAL OF THE WORLD 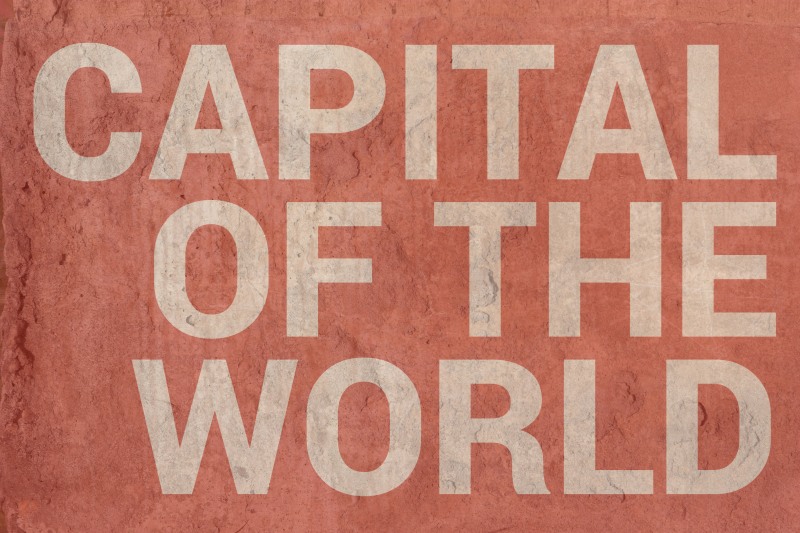 Wachter and Jud begin their current research project in Australia, where refugees arriving in boats are taken into custody in secret military operations, deported and held prisoner for years in violation of international law. Wachter and Jud invite the marginalized to collaboratively develop specific tools to reveal a dispositif of politics and power and to overcome the fatal walls of silence. In Australia the installation LANDUNG IN AUSTRALIEN was created that allowed for communication beyond the prison walls.

In Greece, Wachter and Jud also work with repressed and harassed asylum seekers and activists. In the afternoon of 10 September 2015, 48 men, women and children arrived at the Greek island on board the DINGHY FROM LESBOS. A countless number of similar boats have set sail in the last few months. Many have gone under, leaving hundreds of people dead. Media images show groups of people traveling through Europe without help of any kind. In this manner a refugee crisis is depicted that continually recreates the gap between the privileged with airline tickets and visas and those who are denied basic existential necessities. The DINGHY FROM LESBOS shows how Europe attempts to shield itself from those fleeing from war and crises by means of border fences, drones and coastal patrols.

CAPITAL OF THE WORLD