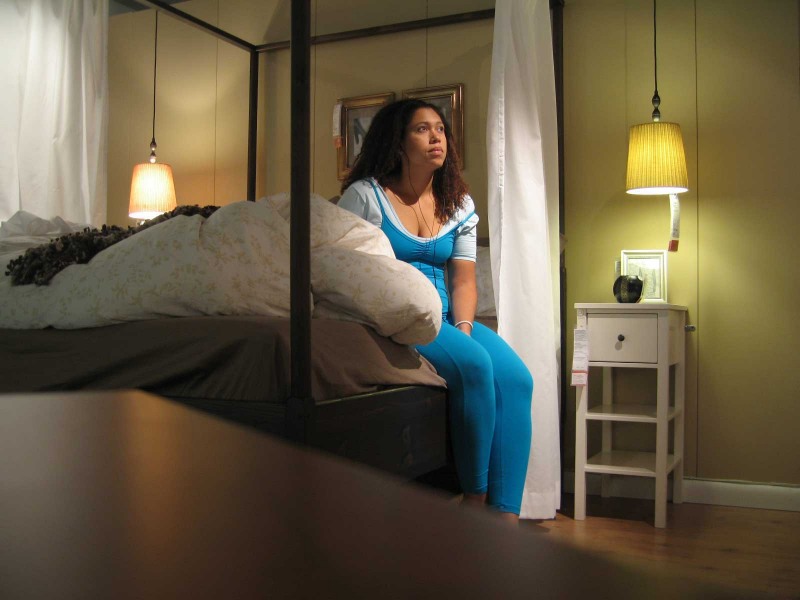 In CALIFORNIA/blue Abbey Williams sits holding her iPod in a branch of Ikea, singing along to Joni Mitchell’s lines from the year 1971: “Sittin’ in a park in Paris, France; readin’ the news and it’s all bad. They won’t give peace a chance; that was just a dream some of us had”. Here, the artist is citing not only the Peace Movement but also 1970s performative video art – and she puts it all in the artificial feel-good-world of the Swedish multinational furnishers. All that remains of revolutionary spirit is a gesture: art and the artist have long since seamlessly merged with the consumer world that surrounds them.