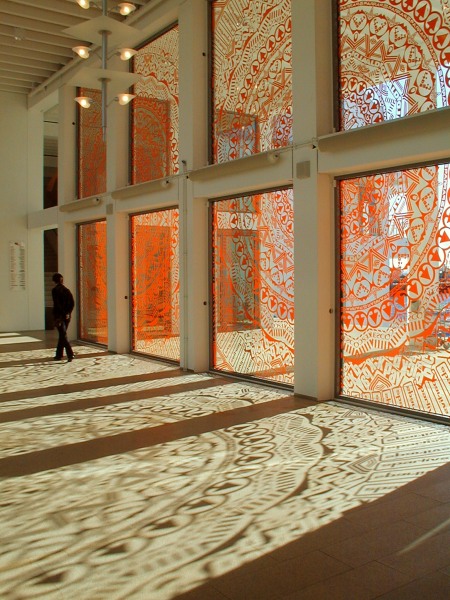 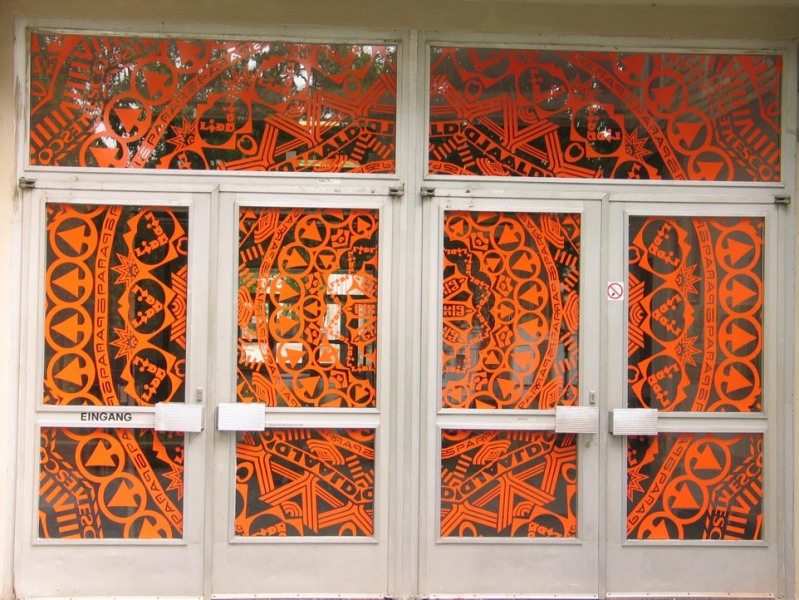 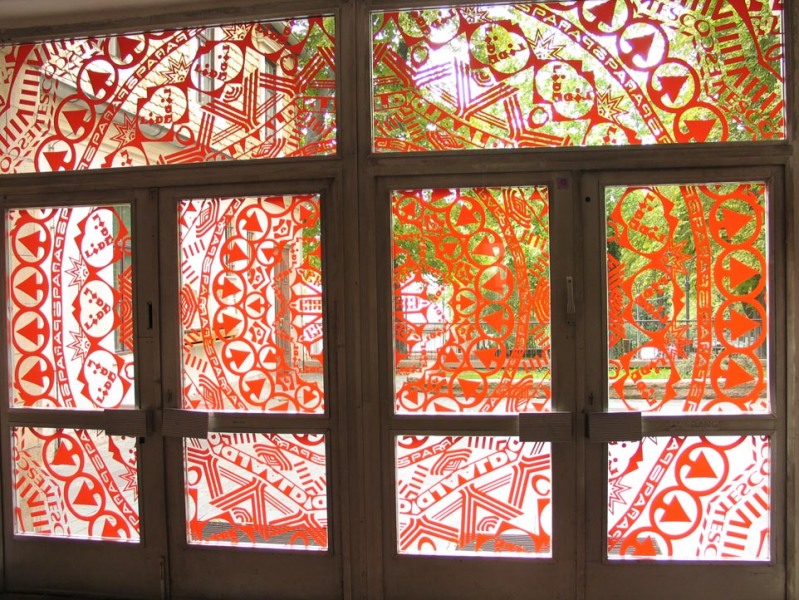 You will pass The Mandala Door when entering this year’s Werkleitz Biennale. This is a site-specific work by the Swedish artist Gunilla Klingberg originally titled Brand New View4. This is a consumer’s Mandala of logos from, for example, Lidl, Spar, Pick Pay and Tesco, figuring as a tantric pattern and as a mosaic, which is pasted onto the vast window area of the entrance door to the Volkspark. In general, Klingberg prefers to work with cheap and temporary materials such as supermarket bags and their logos, which she graphically manipulates in serial organic patterns, and installs, for example, as wallpaper, or on a transparent surface as Brand New View.

The Mandala Door intertwines in its form the symbolical and phenomenological levels of perception, here by dissolving logos in a hypnotic pattern. In terms of perception, this is also how the traditional Mandalas function. The Buddhist Mandalas, which are among the most well known types of cosmograms, stand for “a sacred mansion, the home of particular meditational deity, who represents and embodies enlightened qualities ranging from compassion to heightened consciousness and bliss”. Normally, they are three-dimensional sand pictographs made as part of a Tantric ritual, after which they are again destroyed.

Whereas the centre of the Mandala represents Buddha’s enlightened spirit after his body is ‘thus-gone’, the branded surface becomes the archetypal image of the ‘long-gone’ spiritual enlightenment of consumer society. When light falls on Brand New View, however, the logos dissolve into mosaic shadows on the ground in front of you.