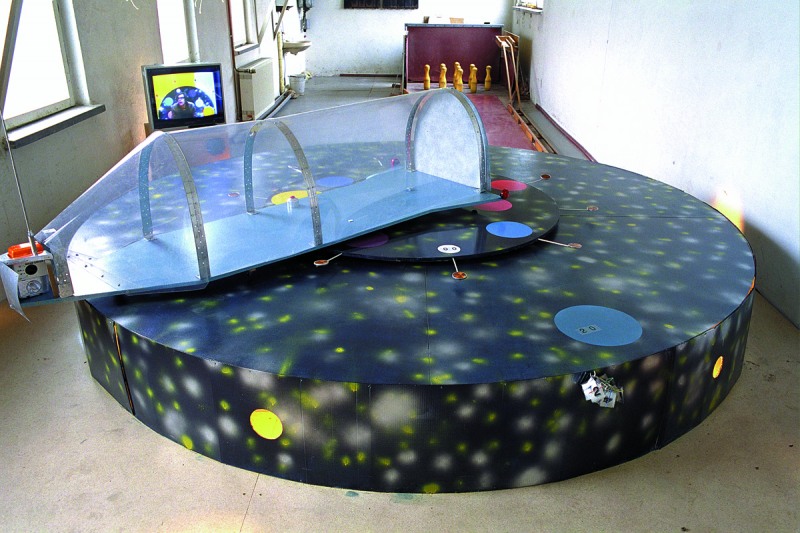 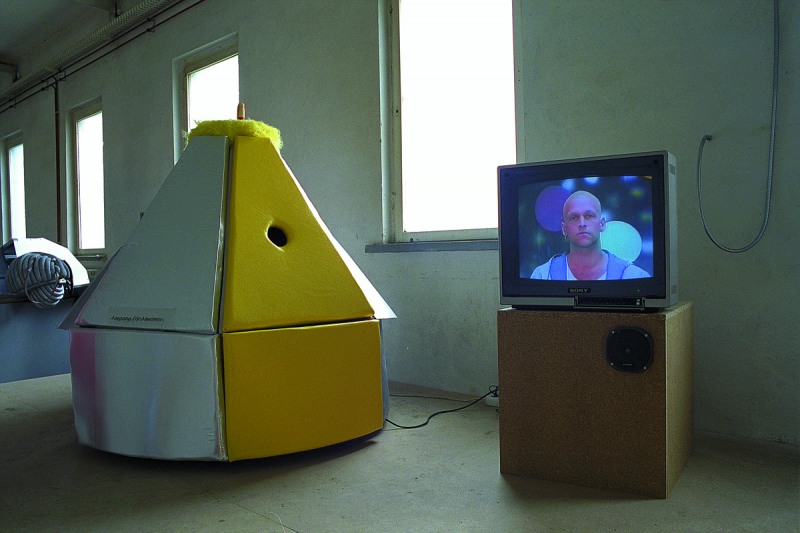 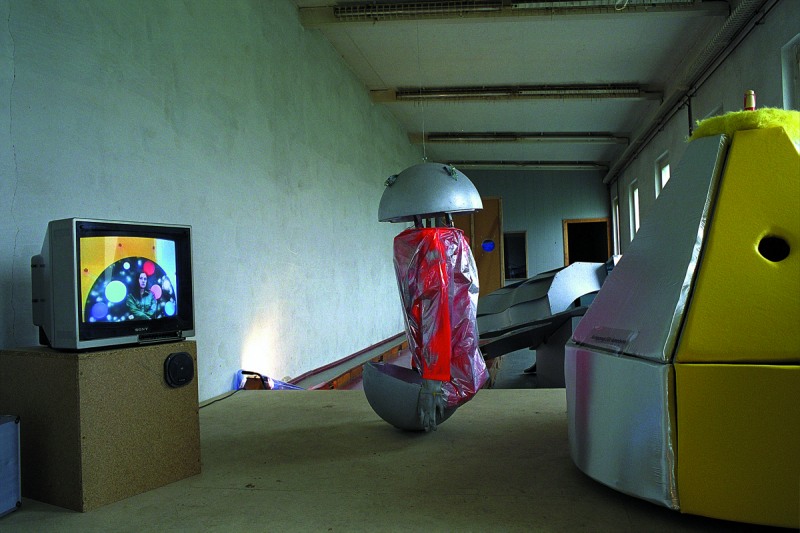 The back exit of the gym leads into the entrance to the bowling alley and thus to the installation „Extraterrestrial and Cover Versions” by Michaela Schweiger. In stark contrast to the hidden high-tech in the „Mind Games Gym” we find here an intricate laboratory situation which seems to have originated in the workshop of a do-it-yourself enthusiast. Half way down the diffusely (almost claustrophobically) lit, tube-like room the bowling alley has been covered with a wooden construction some nine metres in length, creating a kind of island, which can be entered and where various assemblies objects and contraptions can be inspected and used. This is explained by an ensemble of video portraits presented on five monitors, which tell a story in the dialogue form of a play. In preparing for this project, the artist conducted interviews with children and young adults (including members of the Werkleitz Youth Club) about their ideas of the „future”. The answers where then collated into a script and spoken and played out by actors.

The children’s visions returned again and again to certain machines they felt sure would be available to mankind, and Michaela Schweiger has embodied them in her objects: a time machine, a wish machine, an anti-gravity machine, etc. Visitors to the exhibition can compare these sensory and visual materialisations with the spoken designs of the children, which are filtered and transformed by the generational leap produced by their being spoken by adult mouths. In contrast to „The Four Evils” by Carmen Mörsch, the experimentation and viewing of Schweiger’s installation results in a complex web of projection, copy, recycling and compression of images of the future. The artistic settings are hidden behind multiple transformations: projection and representation, idea and product thus become as indistinguishable as work and context or as art and function … or fiction.