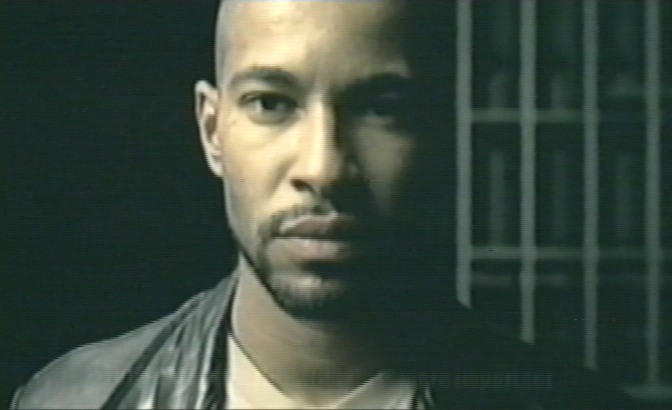 “The entire story I’m telling is more or less autobiographical, narrated from three different perspectives. The first perspective is mine; it’s me
as a little boy of about 6 to 9 and how I perceived racism in Austria. After this first perspective, the background of the film changes. […]
The second part is about my perspective as a young adult, 18 to 22 years old, at a time when the music channel Viva just went on air, and I finally began to figure out how things are connected, why people say certain things about me –what I call positive racism. For me, this means that I’m associated with certain clichés, and if I live up to them, then everyone admires me. Like when I was a little kid for example, and the other kids would say: “Hey, you look like Eddie Murphy, are you as funny as he is?” […] With women, positive racism is different than with
men. They have to struggle with other things; they’re considered exotic sex kittens that are especially wild. All you need to do is take a look
at today’s hip-hop videos from the USA. There’s nothing you can do about it except become part of the situation yourself and see to it that
you’re the one who holds the reigns. Being reduced to certain qualities black people allegedly have, like “blacks got the rhythm”, is for me, positive racism. And that – to return to the film – is what the second part of “Afro-deutsch” is about. It shows the paradox that, on the one hand, you’re idolized – that’s the stage image, where everybody celebrates you – and, on the other, you experience the exact opposite. A moment ago, on stage, everybody thinks you’re great, and then you enter the backstage area and someone wants to punch you in the face, saying: “What does that nigger want here?” Then, in the third part, I give an account of the situation in Germany the way I see it today. I
believe I know what racism is about – I also understand why so many things used to happen, but I also see that the situation has partially
improved. Among other things, hip hop definitively led to a positive development. There are now things that make me proud to say: “Hey,
I’m from Germany!” Especially if it has to do with hip hop.” (Tyron Ricketts, interview in rap.de)