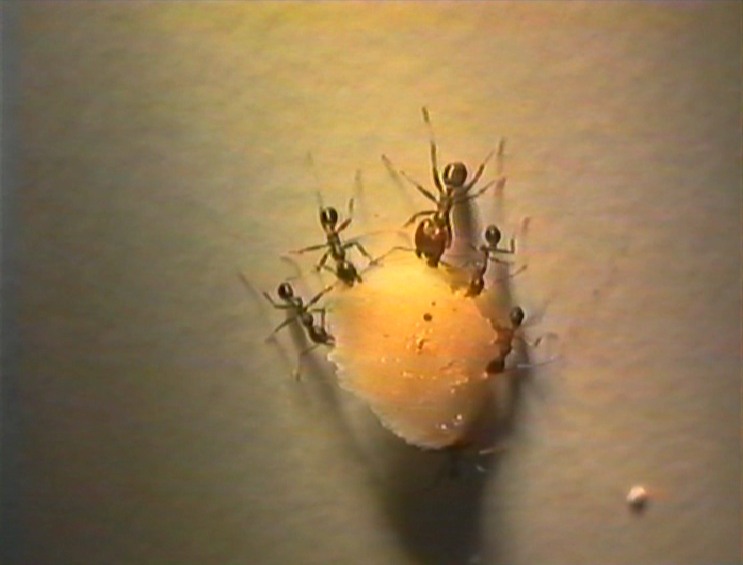 The Wandering Mind shows macro-lens filmed pictures of some ants toiling and moiling, dragging along a piece of fish. Their routine-like efforts, without beginning or end, are the only visible action. It is the soundtrack that makes suspension rise or fall. Suddenly the ants are triggered out of view, as if the concentration and attention of the assumed viewer or researcher has evaporated and is focusing on something else. The Wandering Mind is, due to the strong interaction of image and sound, rhythm and title, as much a reflection on the human mind as an almost surreal impression of nature. Both fields are being pushed to one another, though the enigma is kept intact.
Courtesy of Netherlands Media Art Institute, Montevideo/TBA
www.montevideo.nl