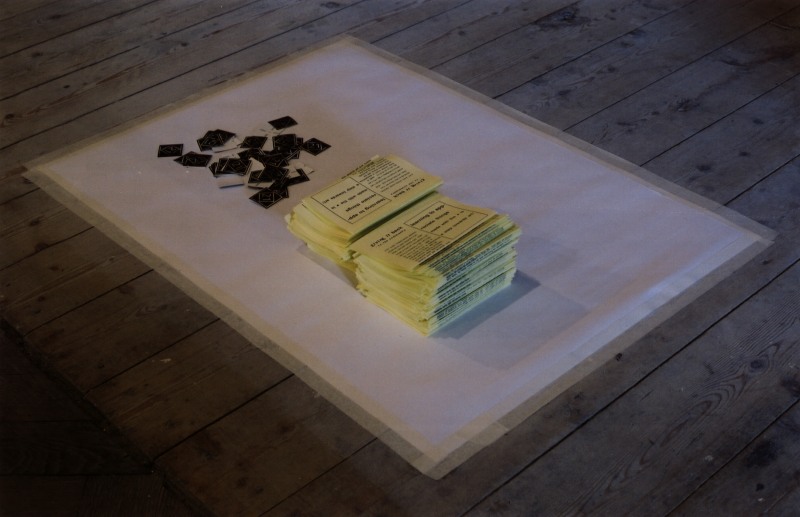 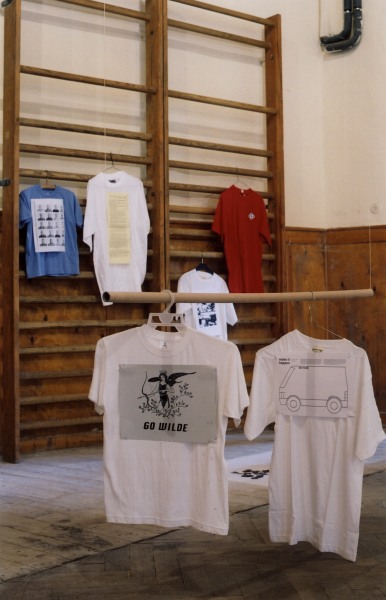 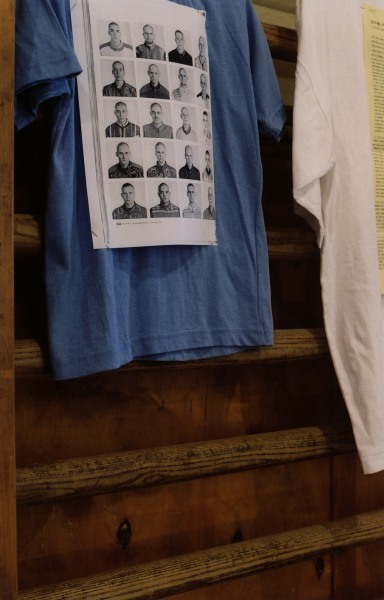 Hung upon the gymnastic apparatuses in the gymnasium were T-shirts, onto which Karl Holmqvist had pinned photocopied flyers and posters, designed by himself. On a white sheet of paper spread on the floor were his flyers “giving it back” and a small silver sticker with the number 21 printed on it as a give-away to visitors. Karl Holmqvist’s informal approach consciously avoids the character of an artistic effort. The flyer ‘giving it back’ connected thoughts on the production ethics of multi-national industries like H&M and IKEA, in this case originating in Sweden, with the question whether, by so enthusiastically accepting the offers of a global capitalism, we might be tripping ourselves up. The stickers, as some of his texts, alluded to the potential of a poetic language and a positive vision of a 21st century, in which the crudeness of the 20th century, characterized by industrial production and by wars, is a thing of the past, but in which human relationships and a poetic way of experiencing reality take on a leading role.

Karl Holmavist also participated in “Make It Happen” and gave informal lectures and performances in their temporary performance space in the bus-stop in Tornitz.