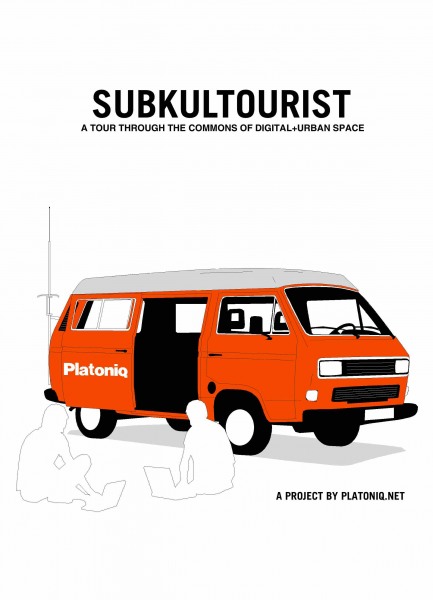 The project “Subkulturist” seeks to establish a connection between digital public space (“digital commons” meaning publicly accessible information that has been placed under an open content license by the originators for this reason) and the tangible public space of the city. It examines the relationship between local initiatives of media culture and pop culture and attempts to create situations for the networking and the collaboration of various initiatives.

“Subkulturist” brings a mobile systems unit for distributing free contents to the urban public space of various European cities. In each city that is visited, the mobile unit will be set up and local initiatives and the interested public will be invited to take along or copy the content brought along and feed their own content into the mobile systems unit. The aim is to create a documentation of a networked and independent cultural scene from the events and collaborations that take place at each location during the four-month tour.