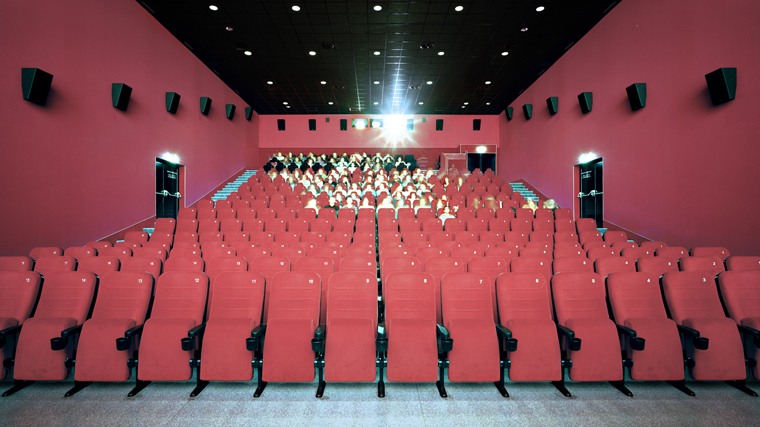 The times are long since gone when motion pictures were shown only in cinemas. Be it installation art in museums or galleries, or shows in open spaces such as Tahrir Square in Cairo, the common motion picture experience is moving to other spaces and assumes other presentation forms. The internet is just another expansion of the cinema, where this technology is in a constant state of flux through remix techniques and new networking and communication technologies. Cinema seems to be increasingly becoming a place without spatial limitations – a virtual space, which we will perhaps soon be able to traverse to meet holograms instead of actors.
Diametrically opposed seems to be the situation in countries like Cameroon, where cinemas no longer exist. What kind of political impact has the work of a filmmaker like Jean-Pierre Bekolo, whose film Le Président (2013) is still illegal in his homeland?

Ekkehard Knörer (DE)
is a newspaper editor, art scientist and film critic. He is a co-founder and editor of the newspaper CARGO and writes columns and reviews for several magazines and newspapers. Many of his articles appear in scientific periodicals and anthologies. The lecture will centre around the thoughts expressed in his essays Konfiguration Kino and serve as an introduction to the current theme of cinema.

Brent Klinkum (NZ/FR)
is a curator in the field of film and video.

He founded Transat Projects, which he has directed since 1994. This association is particularly interested in the diversity of cinema spaces, how to reach out to a public who don’t visit cultural spaces, and the contexts in which moving images are screened.

Lauren Moffatt (AU/DE)
During her stay with FACT in Liverpool under an EMARE grant, she programmed cinematic content for an Oculus Rift Virtual Reality Headset. She conducts research into in what way digital optical technologies help to expand our perception apparatus and will deliver a lecture on changes in the cinema configuration.

Jean-Pierre Bekolo (CM)
is an international renowned film director who lectures at Duke University in North Carolina. His last film Le Président which was shown at Berlin Film Festival this year, was banned from Cameroon.