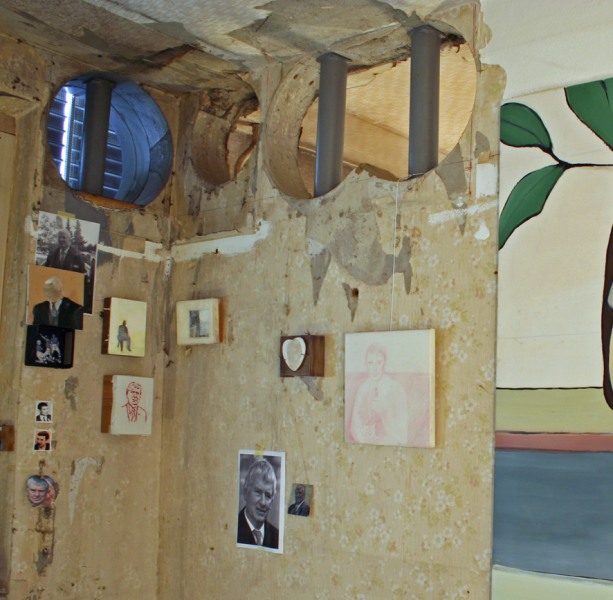 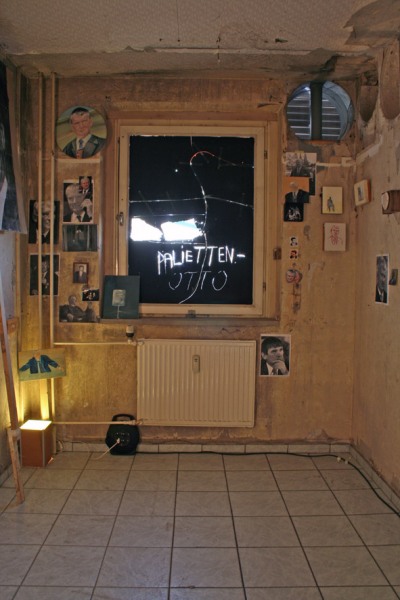 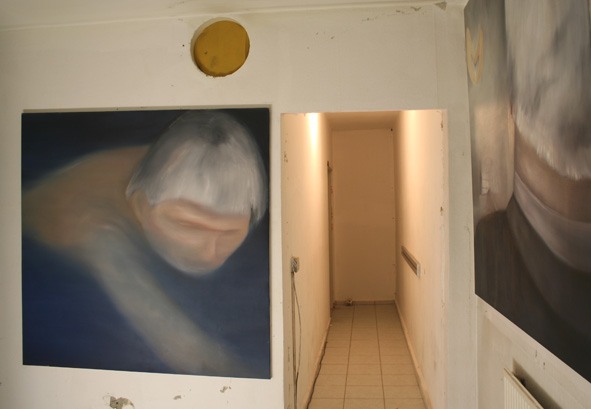 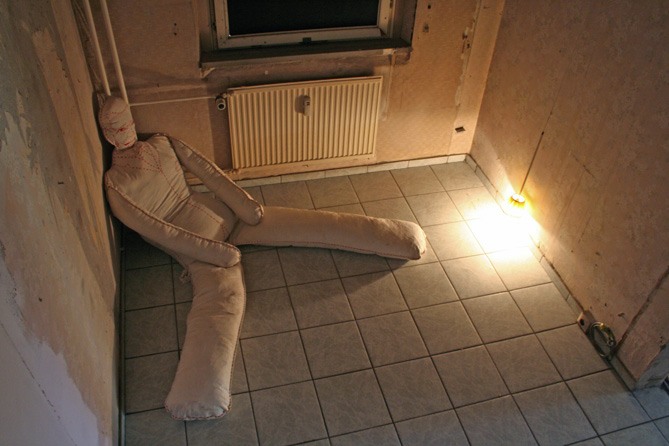 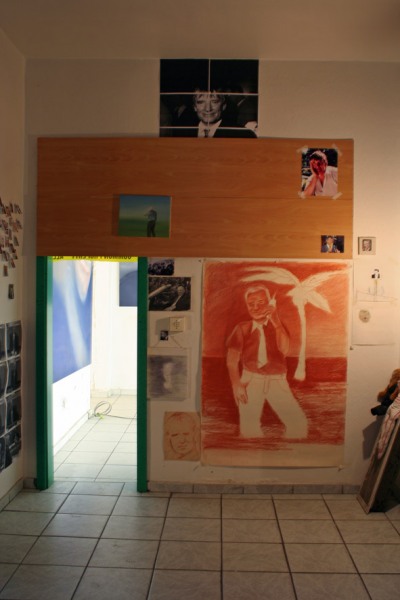 One aspect of private practice of faith, the veneration of an idol, is the object of critical reflection of the artist Denise Rönsch, who is also from Halle.
She designs her own “private idoland” around the politician and private man Otto Schily. To do so, she collected and archived numerous photographs, newspaper articles and video clips on Otto Schily. Apart from the use of documentary material and everyday objects, Denise Rönsch also visually realises fictional scenes from Otto Schily’s life. She plays through variants of reproduction and appropriation of the idol, and uses different media formats of representation, staging herself as a proxy of different positions with numerous different motivations for the idolisation. The resulting oil paintings, fan posters, photographs, objects, and the life-sized Schily doll are finally combined in a room installation. This arrangement has the quality of a fan corner, a vestry, and a cabinet of devotional objects.
The subjective approach to and appropriation of the public figure Otto Schily, with a simultaneous skilful play with numerous individual articulations of the star cult and veneration, raises the room installation My Private Idoland (2005/2006) into a site for encounters and the imagination. It becomes a symbolic site for intimate revelations and rituals of disclosure.
In a small public happening, Denise Rönsch performed a subtle parody of the deification of politicians in the media. Like in a lonely nocturnal procession, just before the election of the chancellor in 2005 she carried the venerated person on a poster designed by her, installing it on a traffic island in the city of Halle. Before Otto Schily entered political insignificance after the election for parliament, a temporary monument was set up for him in the city of Halle, giving him a special kind of promise of loyalty.