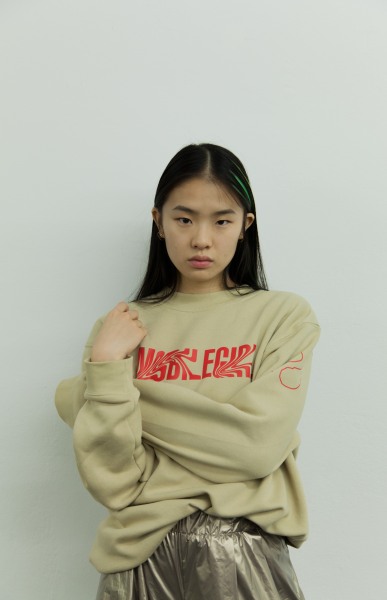 mobilegirl is a producer and DJ born in Munich, based in Berlin. She is known for her eclecticism in and outside of music, taking inspiration from her past studies including design and computer science.

As a DJ she focuses on various danceable rhythms and manages to mingle styles from different genres. Her mixes are often called “collages” for their unusual selection and blends. In November 2016 she played her third Boiler Room show of the year at the Weekender in Lake Harmony, Pennsylvania, ranking her as the artist with the most BR appearances of 2016. Astonishing, considering she had only picked up DJing two years before.

Her debut EP Poise, which was released in Fall 2017, was a project to decelerate – a reaction to the fast pace of the industry with its sound being strongly inspired by RPG and adventure video games. Almost contrary to the high energy of her DJ sets the 6-track-EP creates a calming atmosphere for one to escape to.