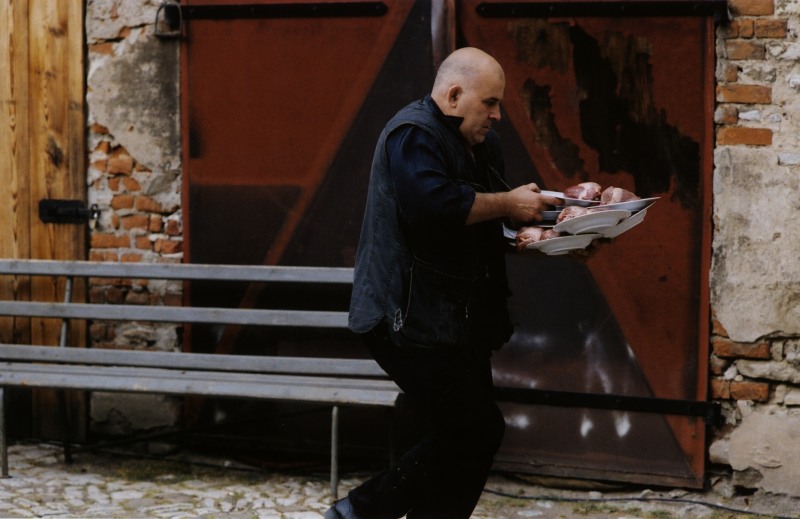 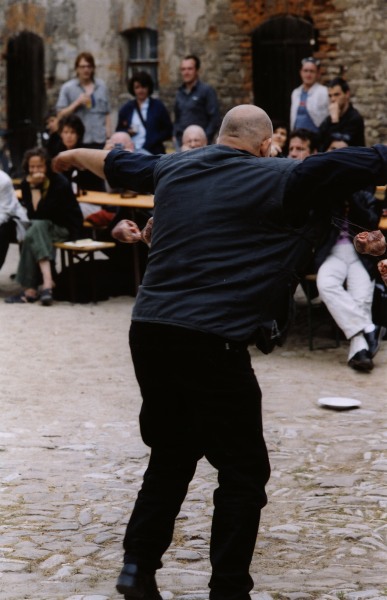 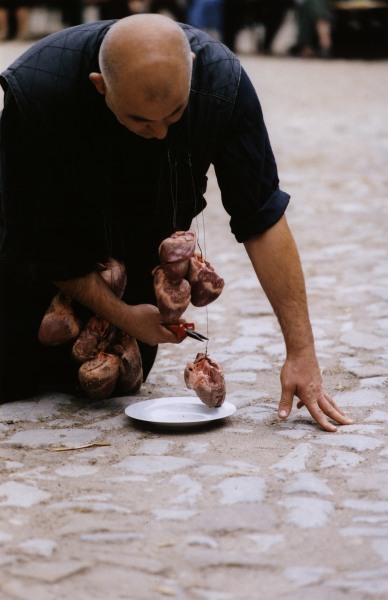 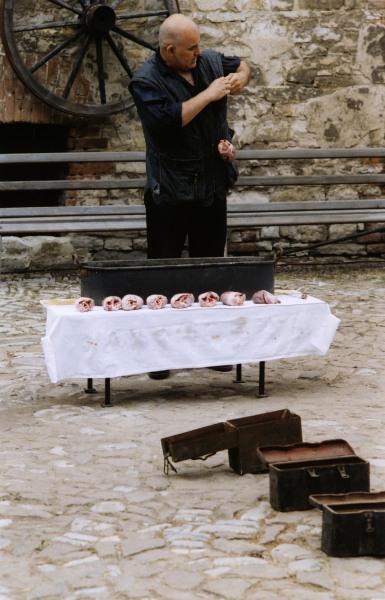 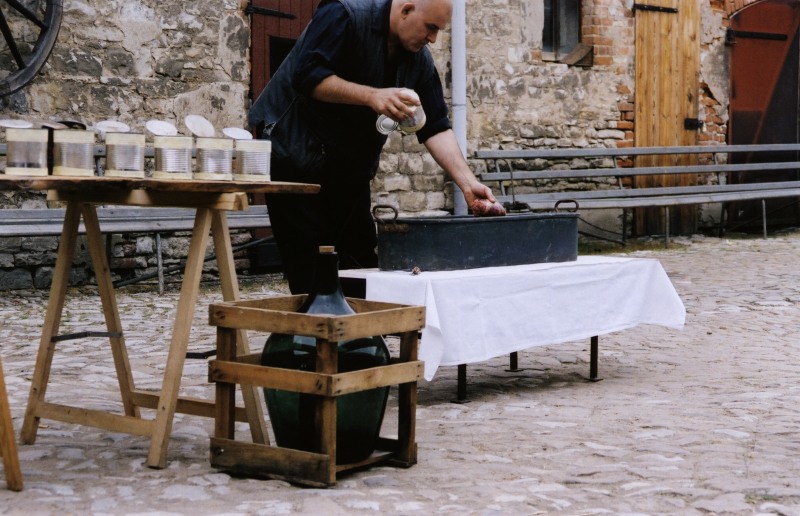 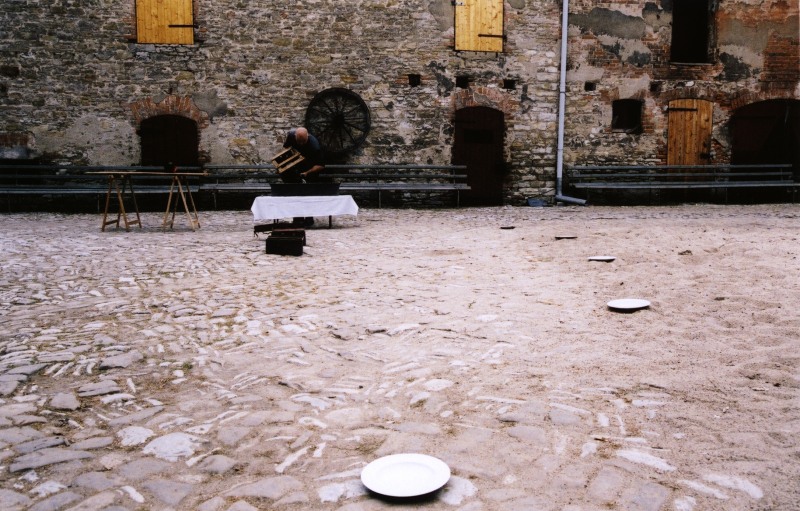 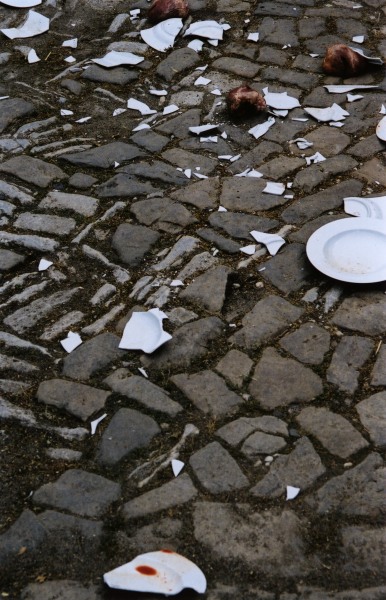 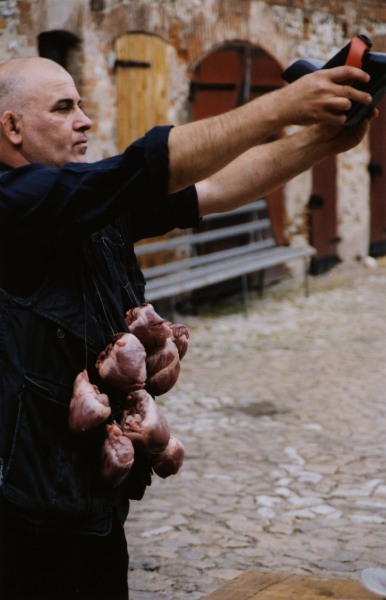 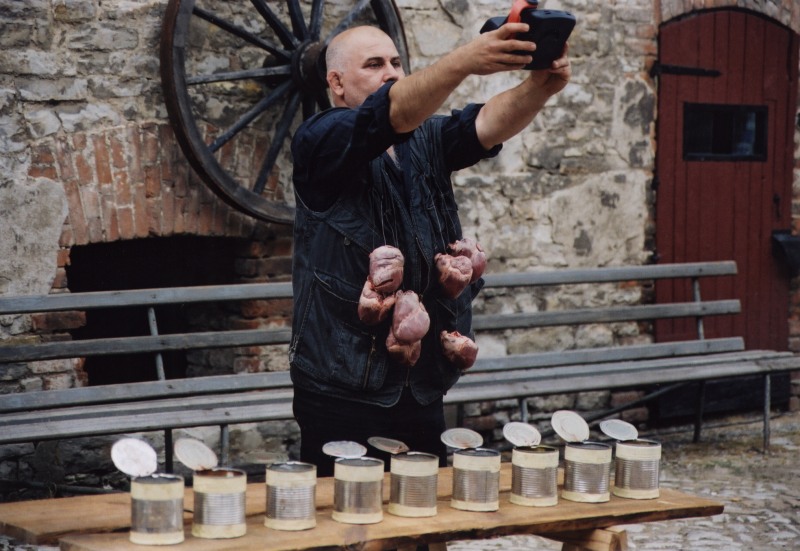 In early years I was predominantely concerned with installations and re-installations. These works have manifested and elevated the level of my self-identity - I came closer to my own self. During this time I felt myself more and more often confronted with the penetrating question: In which way and how do I play a role in the drama of existence? The consequence of this question lead me to the understanding of the central meaning of performance art.

One and a half years ago I then presented my first performance piece in public. The framework of action of my first performance work is represented or re-enacted by early experiences and interrelationships with objects I have collected. Not the materiality, but rather the objects themselves create a performance art piece. The history of these objects is unknown to me - but with my eyes and my hands I can feel their past, and: they open themselves. A magnetic force is emitted by them. The forces are conveying basic feelings (sometimes very serious ones, sometimes humorous ones) and open (new) spaces for me - early experiences and events come back to life. In the phases of elaboration, the history of the object and the found feeling is crucial. They mainly decide on the direction of the work (What has been said only applies to the framework - the performance work itself is following different patterns).

When I found something, I have to communicate it, as it only becomes real via communication. I assume: that what is worth to be communicated, also is present in the addressee - but what he isn’t aware of. I entered an unknown world - from there I want to give a sign. Signs have great community improving effect, which is very important to me. I’m unaware which forces I’m operating in my performance work - but they help me to keep pace with my life.