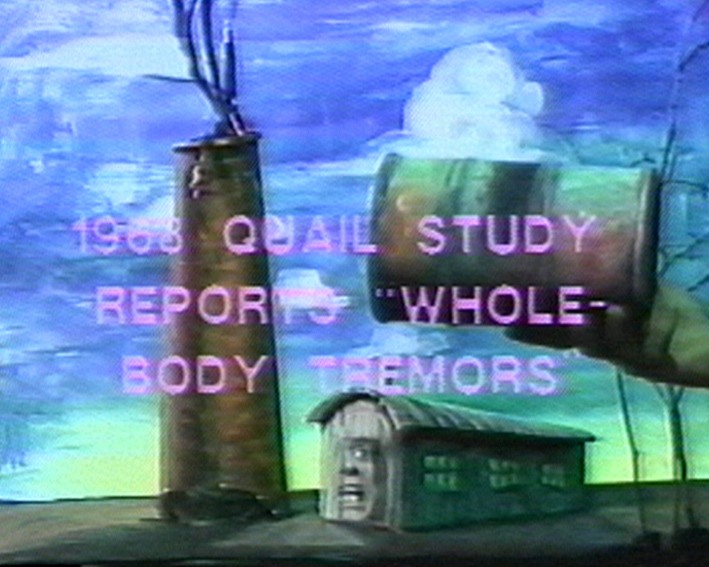 This forceful social indictment merges footage from Tony Oursler’s installations ‘Kepone Drum’ and ‘Crypt Craft’ with an on-screen narrative text that presents a litany of facts and quotes on the environmental hazards of the chemical Kepone. Although Kepone’s extreme toxicity was well established by 1964, production grew and employees at the pesticide manufacturing plant in Hopewell, Virginia continued to be exposed to the carcinogen. Locals were reluctant to criticize industry policy because Kepone manufacturing was one of the primary sources of jobs in the town.The tension between the factual statements about Kepone and the expressive video illustrations and soundtrack gives insight into this paradoxical trauma.