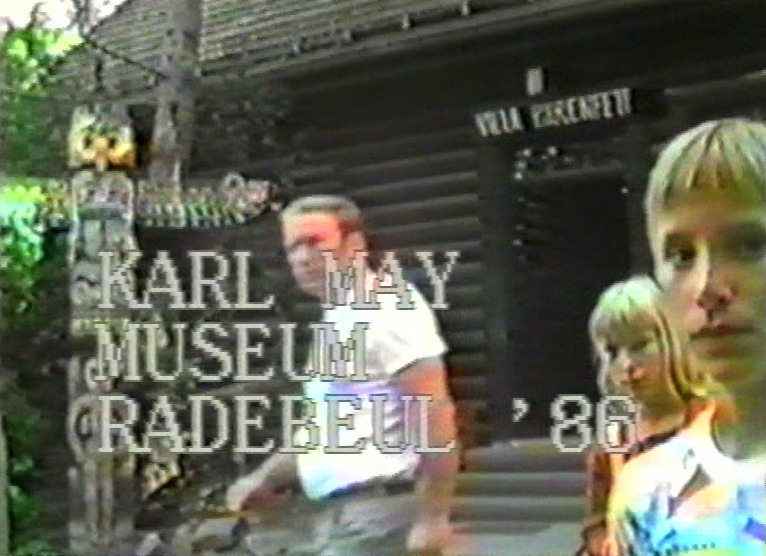 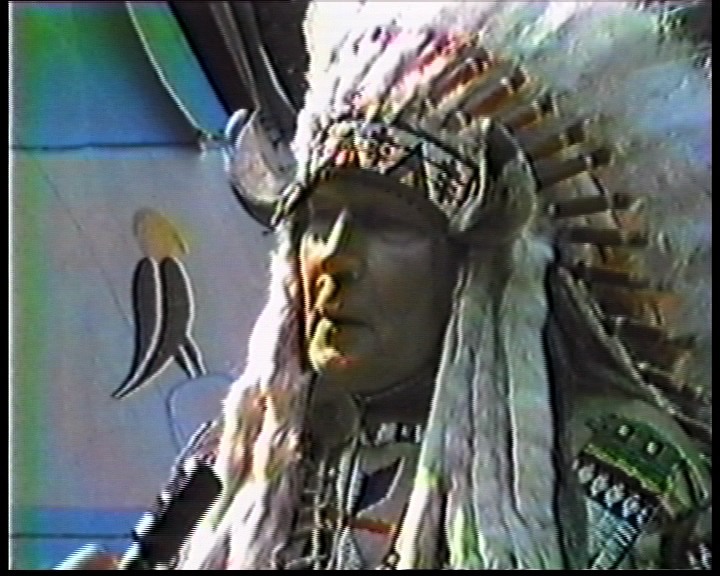 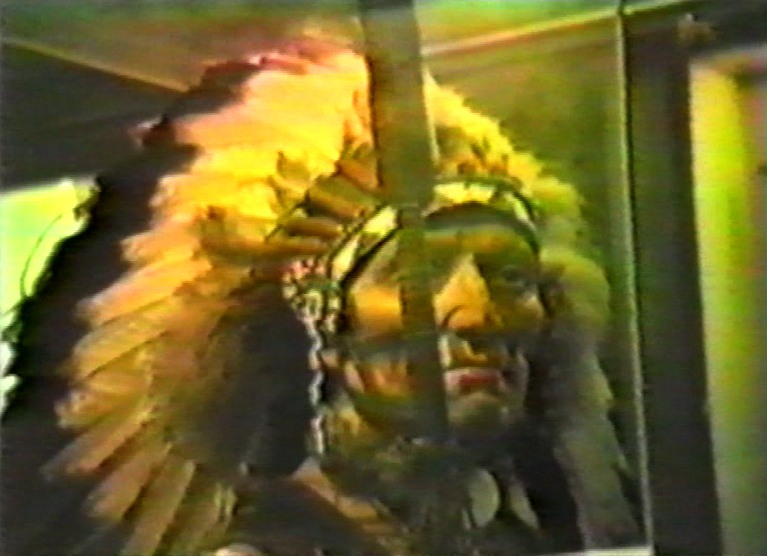 The GDR’s relationship with Karl May was ambivalent. On the one hand, in acknowledging his ‘noble savages’ to be victims of American imperialism, it followed the Party line. On the other hand, Karl May was chauvinistic and more or less overtly racist in his dealings with other minorities such as Blacks or Jews, and therefore remained an unsolicited author for many years. Even when ‘Red Indian fever’ swept the GDR in the wake of the 60s’ wave of American Westerns, the state preferred to stick with its own authors and film their work, thereby consciously distancing itself from West Germany’s Karl May cult and films featuring Pierre Brice as Winnetou.(3)

By 1986, when Bill Meyers filmed the Karl-May-Museum Radebeul, said author had – in cleaned up editions – already been rehabilitated. The 13-minute video therefore transpired as projections in a curious hall of mirrors: fiction author Karl May, who had wholly fantasised his image of America, is on display in a communist museum that passes judgement - to propagandistic ends - on the genocide of Native Americans; in turn, the museum is being filmed by an American who hasn’t the least thing in common with stereotypical ‘Yanks’ and is in fact on a mission to dispel Americans’ prejudiced view of the ‘Red menace’ – which makes him perhaps almost as naïve as was Karl May himself. As in so many of Meyers’ interviews, it is evident here that his interlocutor, the museum director, is aware of the anti-American propaganda in the background and is carefully trying to counter-balance it: hence, this is a dialogue on a tightrope between opposing ideologies.