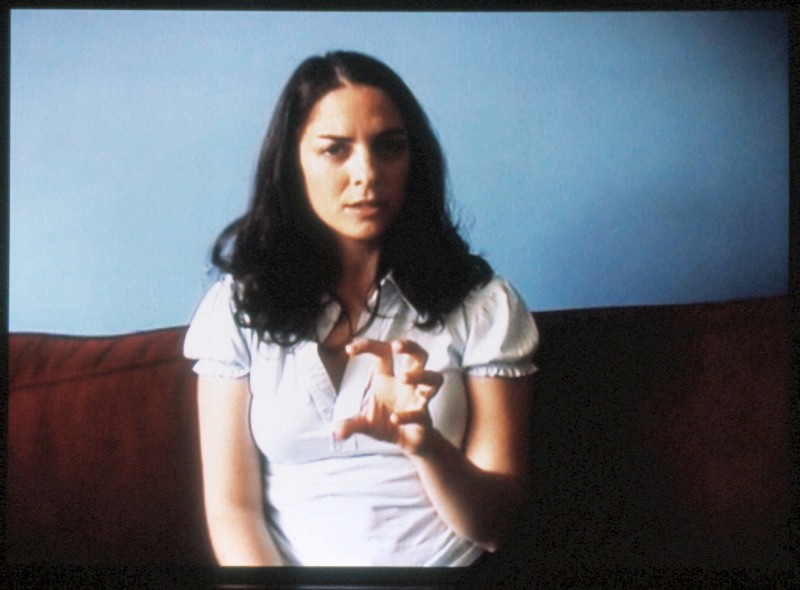 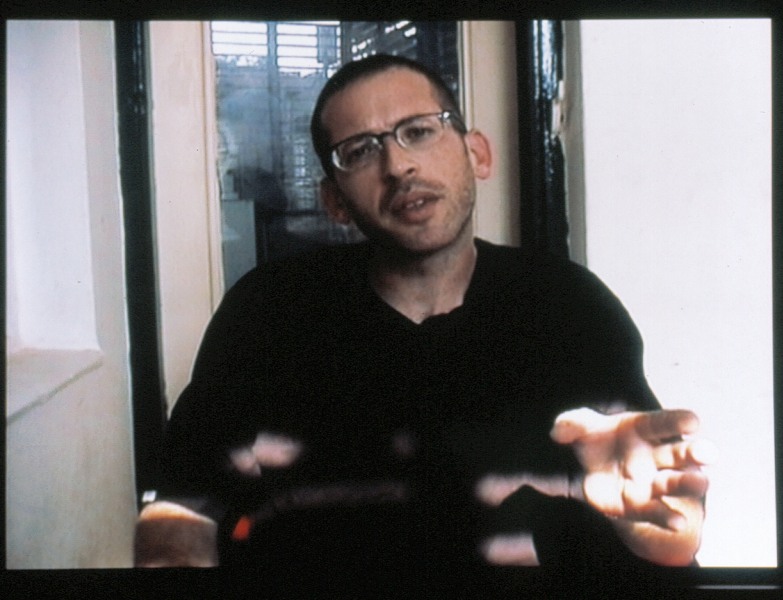 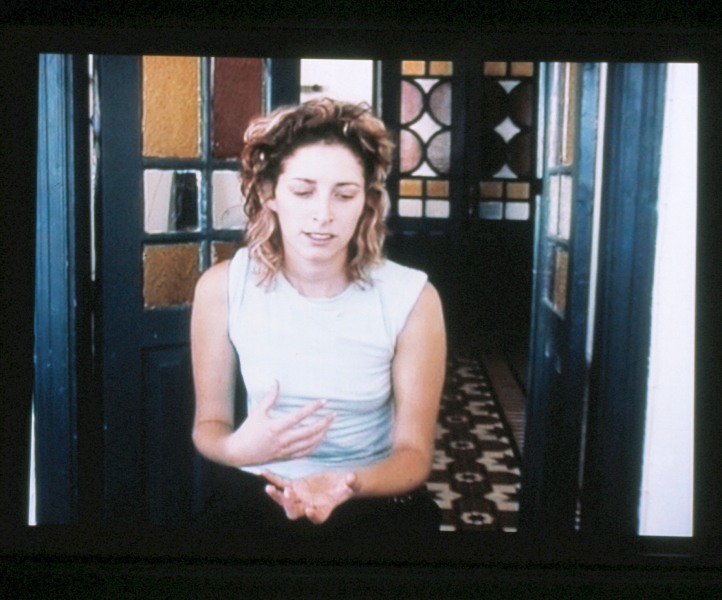 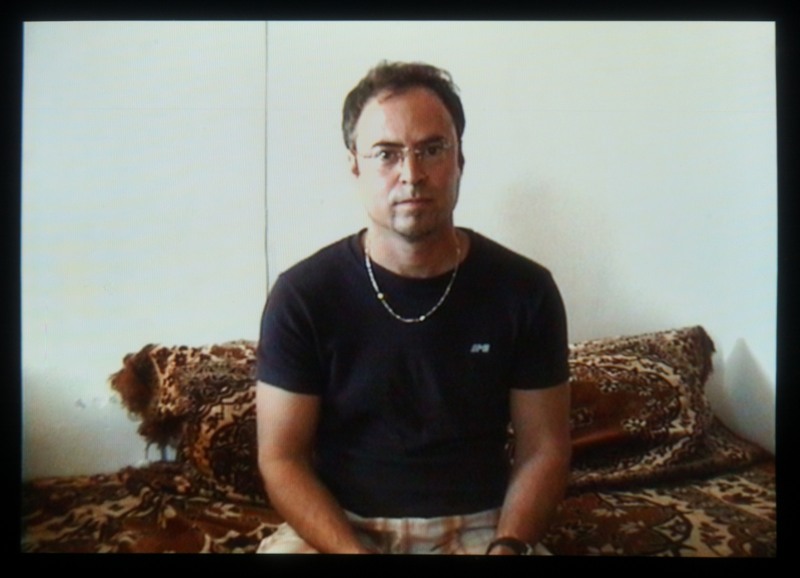 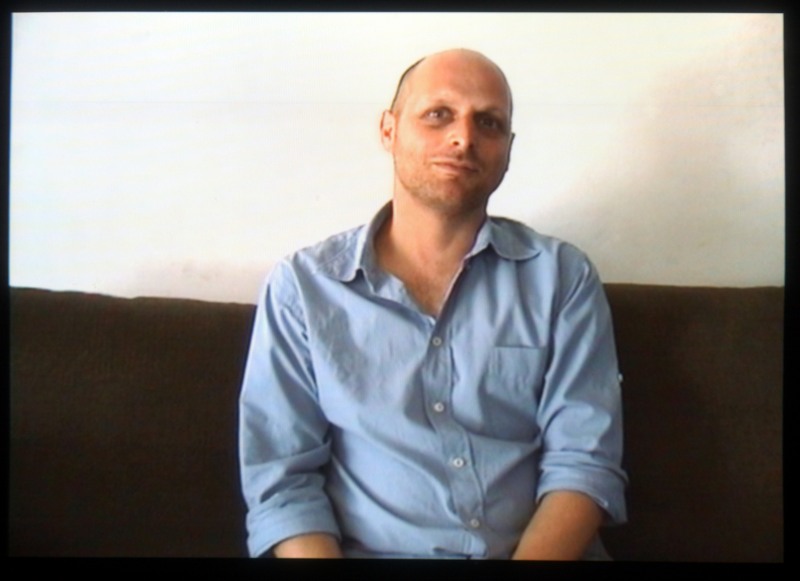 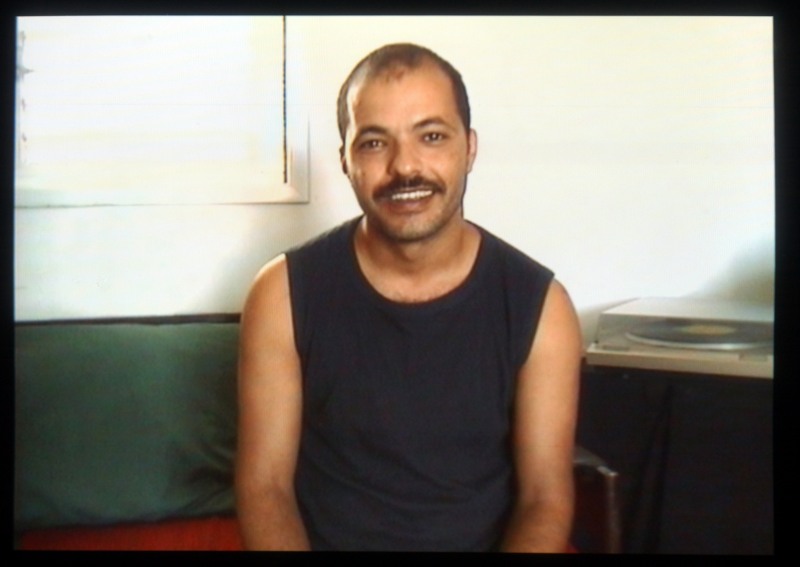 “A classmate told me that the day she decided to no longer be a practicing Jew, was when she ‘opened her eyes’ as we say, she switched on the light during Shabbat. As she pushed the switch, she was certain that at that precise instant, flames would shoot from the wall, her fingers would burst into flame, and God himself would make her pay.”
(Fabián Teruggi, Dieu, 2004)

In the film Dieu, the French film maker and artist Valerie Mréjen has asked formerly Orthodox Jews to describe the decisive moments or passages in which they violated a religious proscription for the first time – for example, on the Shabbat, or the moment they realised that they forgot about a prohibition after transgressing it (turning on the light on Saturday night, mixing milk and meat during Shabbat, going to the cinema). Mrejen focuses on how the people describe these moments in everyday language, and on the uniqueness of the deed in contrast to normal life. With a minimal setting and stable camera position, she enhances the short narratives and the humorous personal expressions of the impact that this moment had as it met with an internalized religious codex. “When I was 17 or 18, I studied at a Bnei-Braq yeshiva. I’d never seen a film, I wanted to go to the movies. In the movies, surely lots of things happened. That meant seeing naked girls. I notice a poster for Modern Times. I say to myself, ‘Modern Times, perfect. It must be very current.’ It was at the Museum of Israel in Jerusalem. I hide my jacket and hat in a bag, I sit down, the film is in black and white. I stare wide-eyed. At the end of the film, I’d completely forgotten why I’d come. I walked in front of the museum thinking about the film. It’s amazing, that transformation in two hours. I had gone to see naked girls. I saw Modern Times by Charlie Chaplin.” (Fabián Teruggi, Dieu, 2004)