Zoals het werd geopenbaard aan / As It Was Revealed Unto 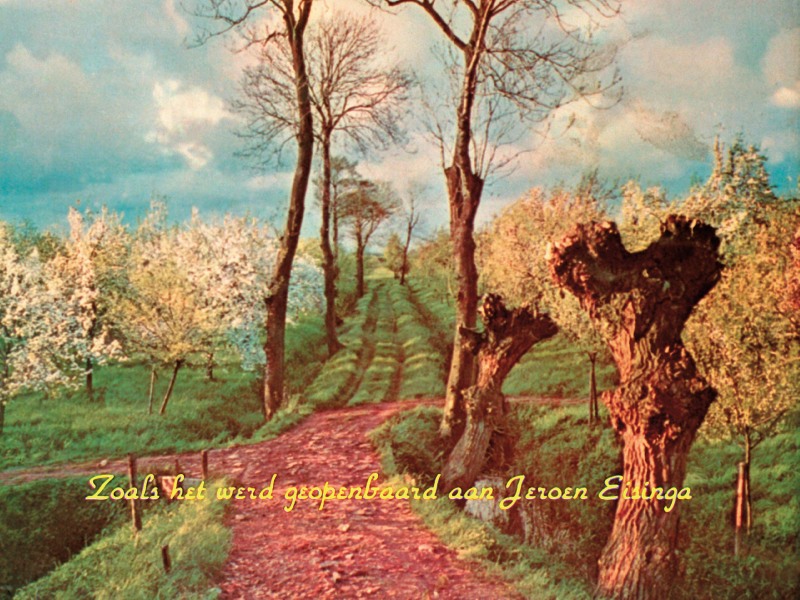 A picturesque view of a country road gives way to an idyllic tableau of a whitewashed farmhouse, in front of which sits a buxom woman dressed in Dutch folk costume holding a chubby naked baby, whom she cheerfully suckles. The sound of Russian sacred music. Mother and child gaze straight at the camera, smiling serenely. They ascend on high. An unfinished revelation.

Jeroen Eisinga is an artist who, with his work, very clearly ventures into the area between film, video and visual art, and indisputably proves how little distance there is between these disciplines. With the greatest ease and confidence, he swings from the conventions and traditional characteristics of one medium to those of another. In his short 16mm films, he uses a specifically cinematic language to tell his seemingly simple stories. The unexpected turns are typical of the slightly absurdist stories of the freethinker Eisinga. Using parody and light-hearted seriousness, he plays with the viewer’s expectations.