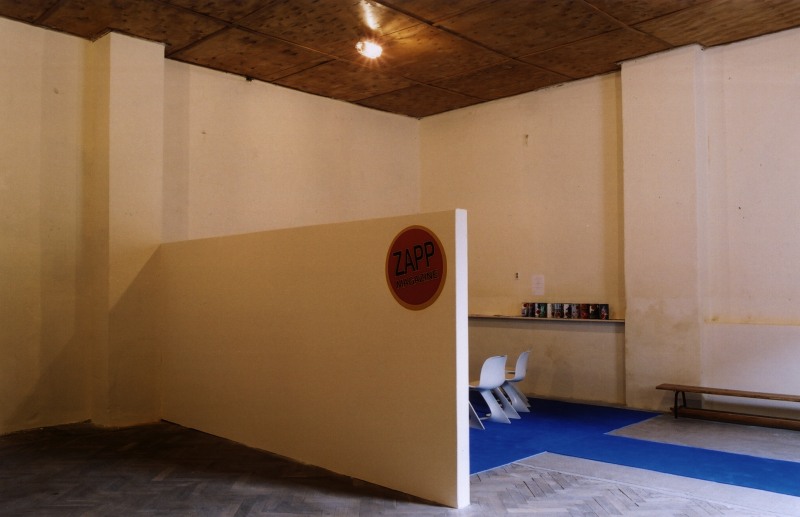 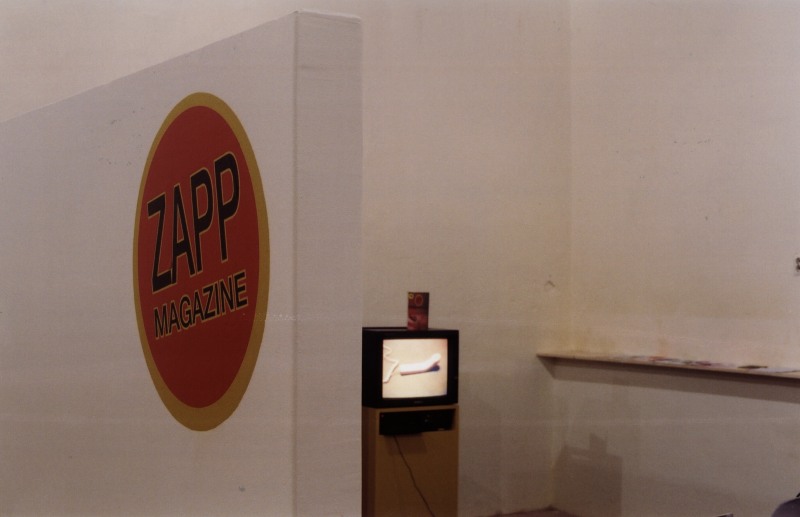 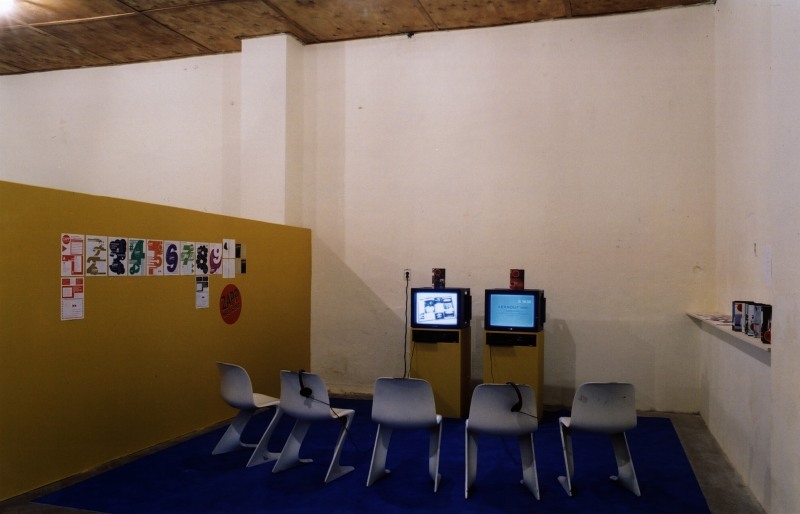 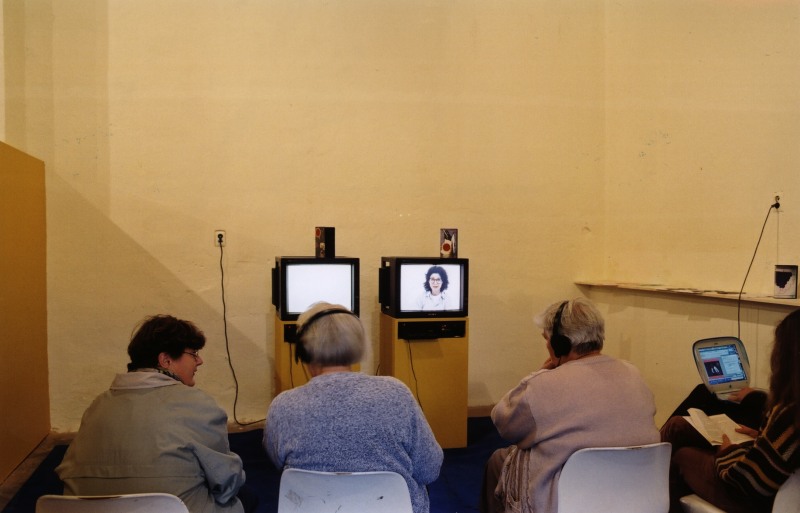 Communication as a notion of requires the distribution of ideas. Directly neighbouring Philippe Parreno’s installation in the gymnasium, the video magazine ZAPP MAGAZINE had set up a partition creating a space not unlike those in commercial fairs. On the partition their logo was affixed, the floor was covered by electric blue wall-to-wall carpeting. Flyers indicating the contents of video tapes produced since 1993 were pasted onto the walls. The video-magazines displayed on a shelf were made available to visitors for independent viewing.

ZAPP MAGAZINE was initiated in 1993 by the artist Rob van den Veen and art historian Corinne Groot. Their pilot edition #0 appeared in November of that year. Within a very short time, their small enterprise, set up in rather private environment, developed into an international informal network of correspondents and artists. The annual compilation, produced with simple means, documents exhibits, performances and video art expressing young artistic positions in Europe, the States and worldwide. ZAPP MAGA- ZINE, which had originated from a microstructure and a very specialized interest, by this way contributed to an exchange of ideas between spatially distant points of communication, making thought processes and information on projects available far beyond their original context. The editorial work done by Groot and van den Ven also exemplified an altered way of working within contempory art.

Recordings made by ZAPP during the festival will be published as an independent videocatalogue in spring 2001.