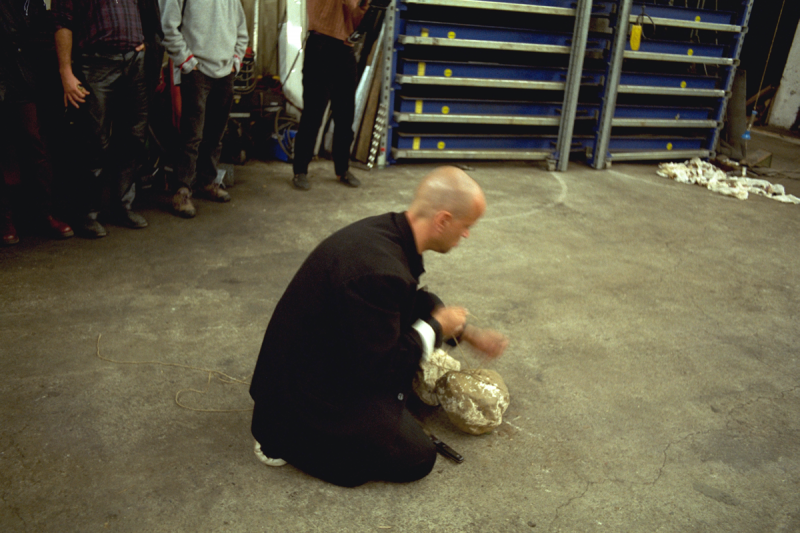 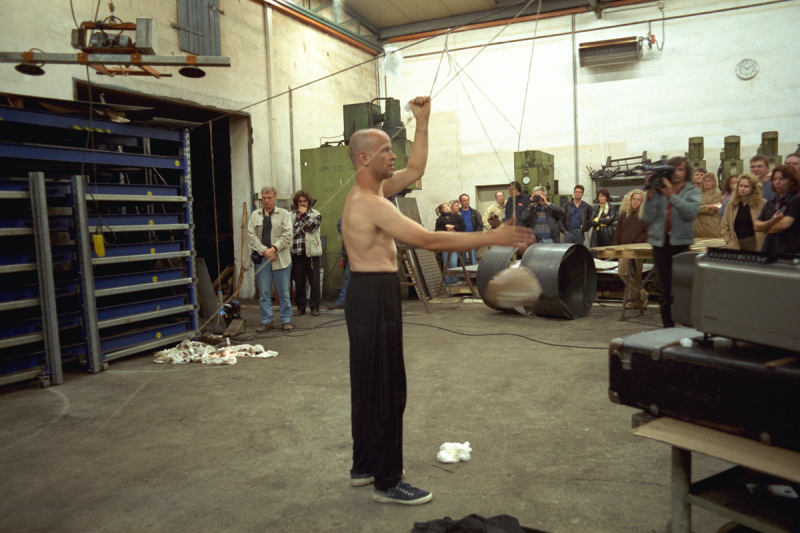 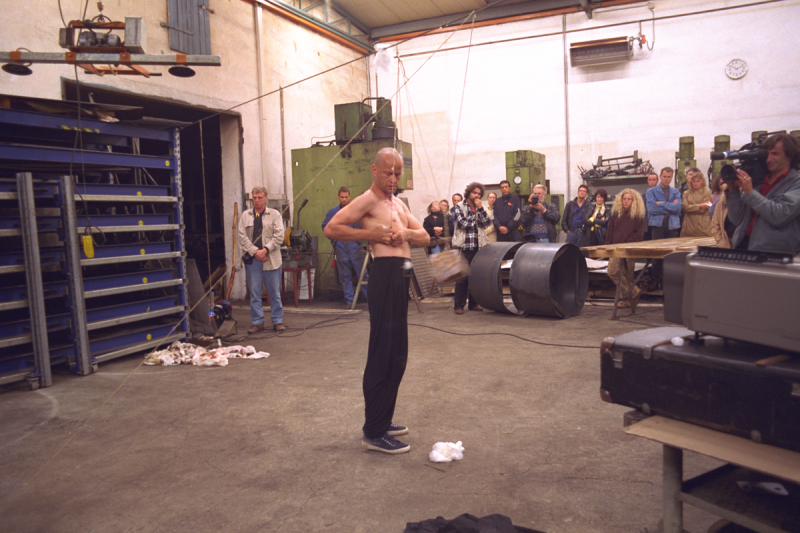 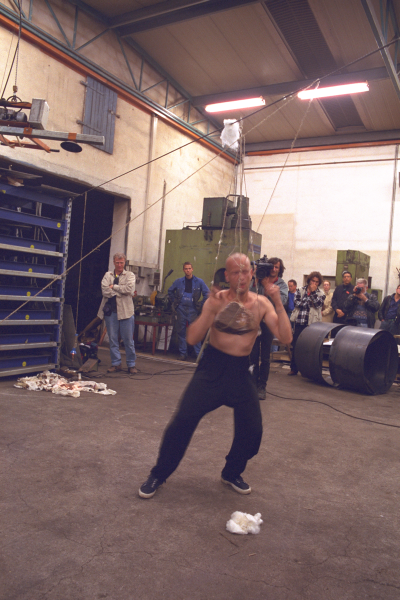 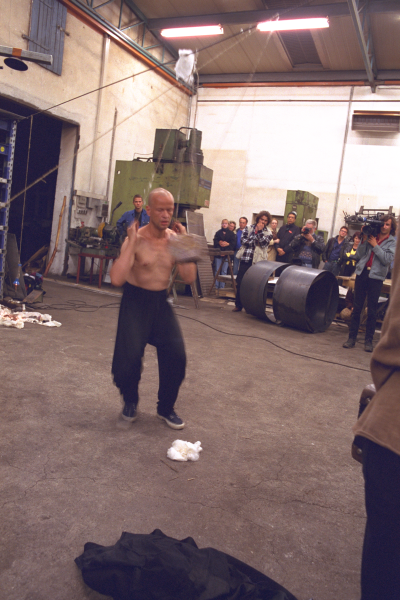 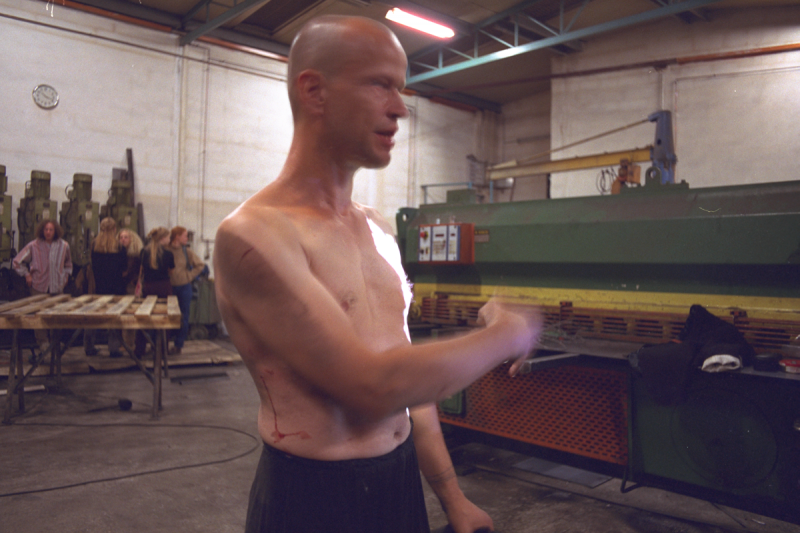 It is difficult to say, to write something about this performance and the failure, where (as H. G. Hermann stated) all things have turned against him. Despite, or even therefore, some stringent facts have to be verified, showing questions of performance art.

What does the sentence „all things have turned against me” say? (The hooks which he pierced through his skin bent, strings broke, stones fell, the video projector broke down even though it had been tested, the forgotten videotape, he hooks on to the tearing strings, the flashlight falls down and goes dark etc.)

The place, a workshop hall, still called the blacksmith´s shop by the village people. A strong steel string is stretched from the heavy load shelf to the metal-bending machine, a string, strings are pulled through an eye (several), connected to stones. There is a circle with small sculptures with a flashlight hanging above. Start of the performance, connecting the hooks to the strings and piercing the hooks through the skin and connective tissue, the stones are supposed to hold the string tight and so the hooks. The characteristic of strings is, that they tend to entanglement, getting caught is implied.

Things have turned against me. Also time did not get into the motion of the space, it stayed out, did not become an image.

It makes me think of the story of an executioner in the city of Regensburg in medieval times, who by carrying out his craft made the mistake of chopping someone´s head off without placing the first stroke right; the people immediately lynched him.

I am always suspicious about the use of terms like professionality, craft etc. in performance art and having fixed criteria, basically is impossible as well. (Here is the problem, that the human consists of body and soul, a very lively irreconcilability in one person.)

If I devote myself to rituals, if I visualize rituals, put into experience (religiously, mentally, magically) to touch spheres of „deepness”, marking my relationship to it, there is a kind of responsibility towards this and ones own image. This responsibility shows in an extremely increased attention to the physical characteristics of the world, because it is the mirror of the physical characteristic of the inner, religious, magic world. Its processes are analogic. The characteristics of the body are transformed to images by the conciousness, the allotropic process of culture. I have put this attention in a paradox sentence: If I work, I don´t work and if I don´t work, I work.

Things are only against me, if I haven´t drawn the characteristic of things into attention, the paradox of duration. The things are passing through me and I may not put anything in their way, then they show the richness of their being, they are image.

This experience of failure is a fundamental one to me (quote). This fact can and should be envied, but facts are no private realization. Experiences are ties. What has to be prevented in performance art, the idea. (Here I would like to argue with Plato, but he was just saying Goodbye too early, maybe we´re talking about the idea after all and we should learn to take away the creativity from the body.)