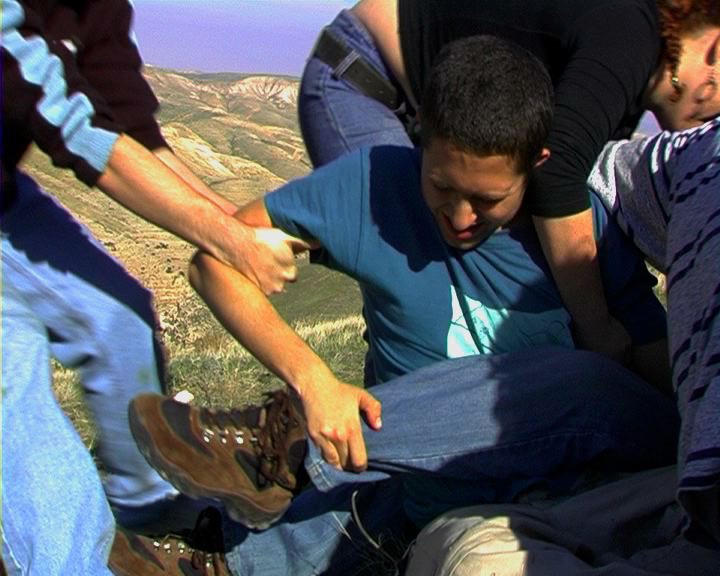 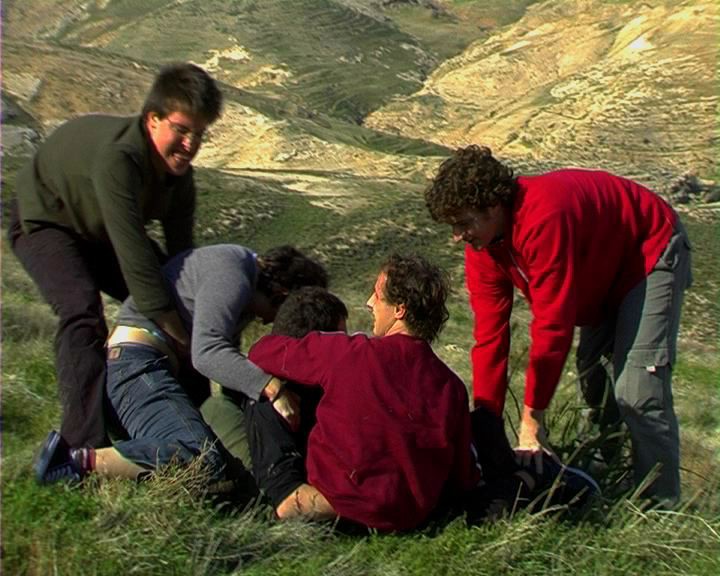 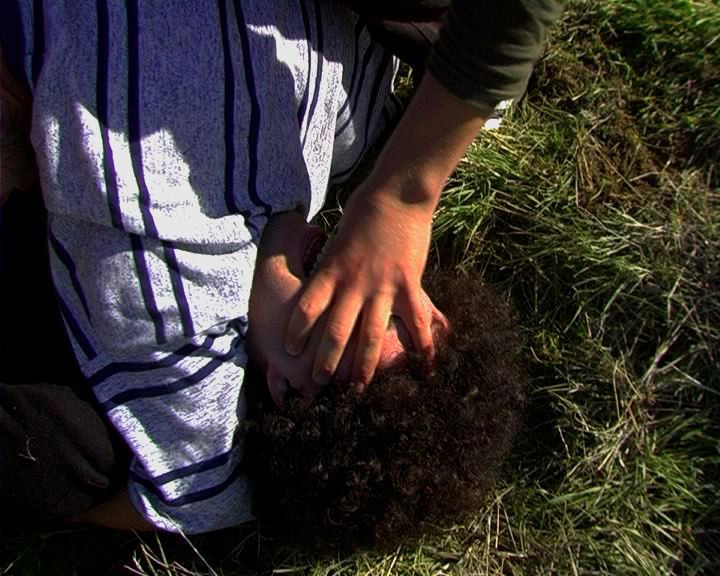 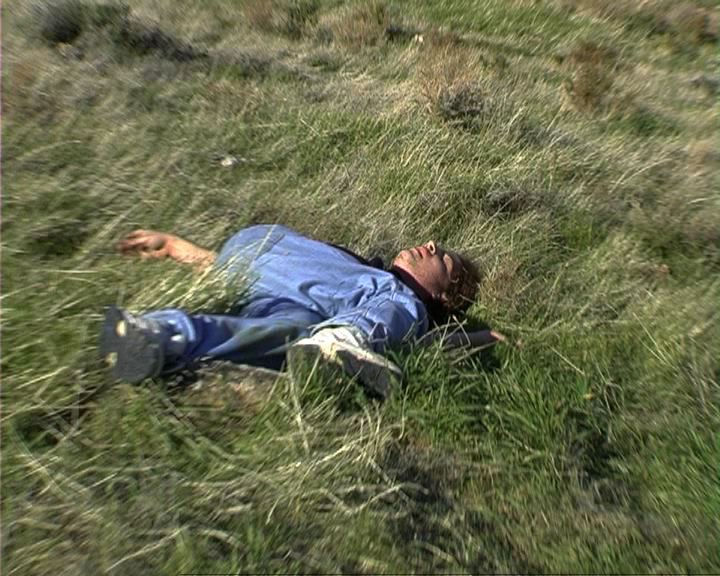 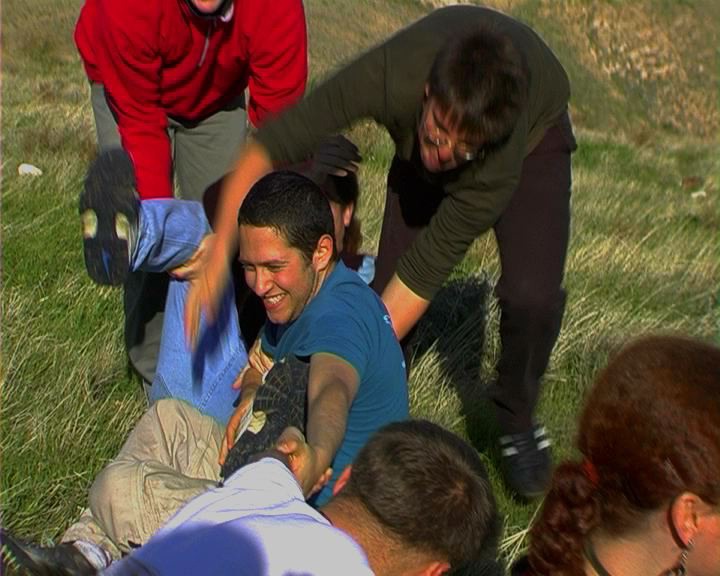 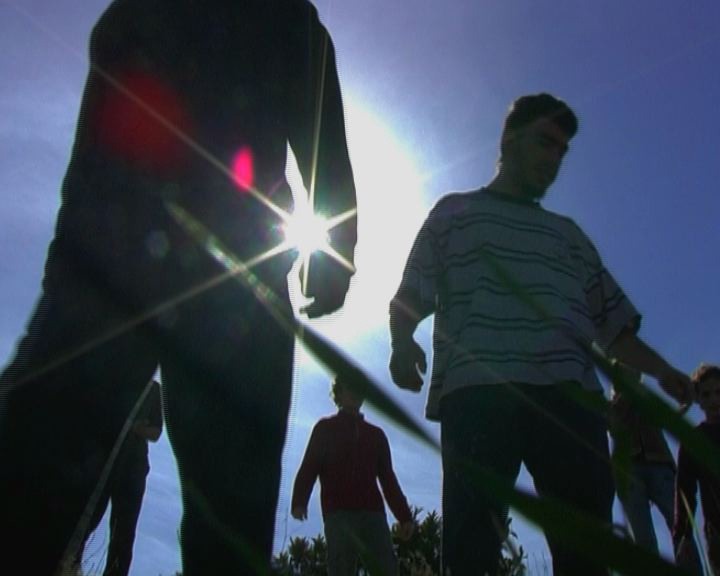 We are constantly testing our own limits, to concretise and negotiate our bodily, mental and emotional relationships with the world around us. Israeli artist Yael Bartana’s Wild Seeds examines this experimentation through the eyes and bodies of adolescents who have created their own game based on a real altercation between Israeli soldiers and Jewish settlers. Bartana filmed the game in which a group of 18 year olds (some of whom were actually about to be drafted into the army) lock arms, legs and bodies while two others play the role of soldiers trying to break the chain. On one screen we witness the game, hear the laughter and see the physical struggles. On another, the words of the youngsters are transcribed (into English) and convey the alternating shift between play and aggression. Through this compelling moment of community, the girls and boys gain strength, literally clinging on to each other and expressing instinctual reactions to the reality associated with the game. While the power of the specific political undercurrents of the game cannot be ignored, the more general potential of play is here strongly felt, as it opens up a space for the intense experience and expression of relationships these young adults may otherwise not have had the freedom to negotiate.