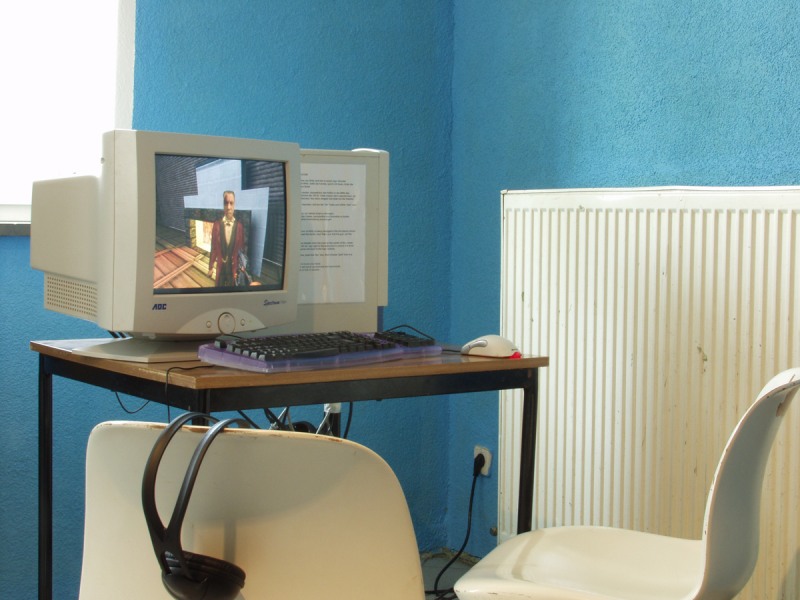 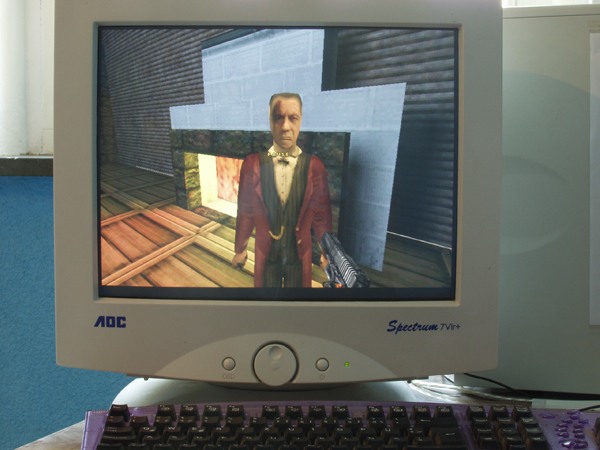 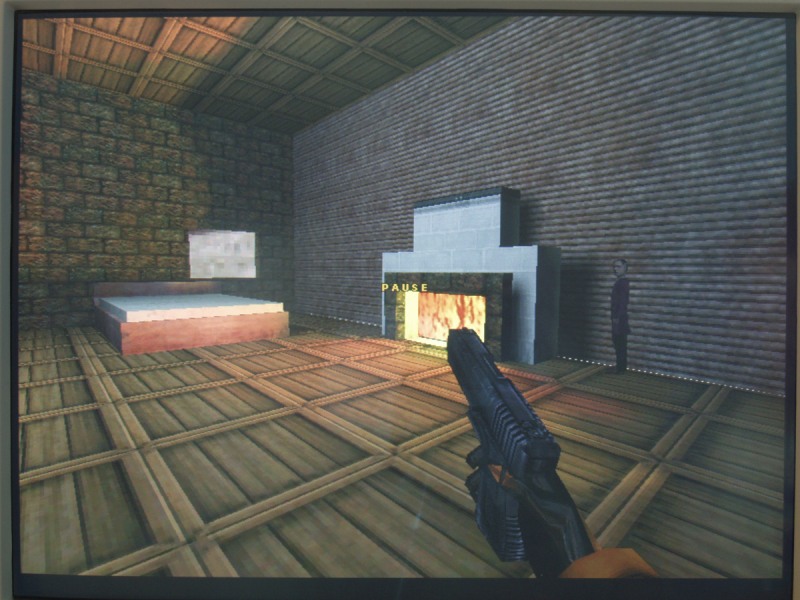 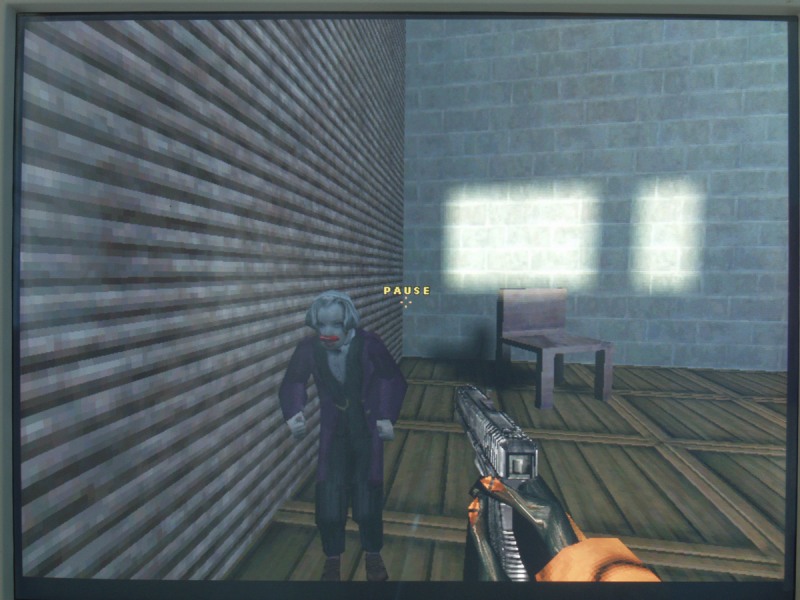 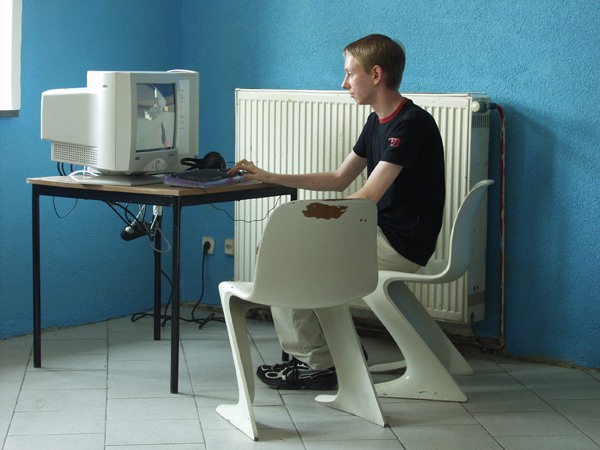 The escalation that occurs in the final minutes of Fassbinder’s Whity does not achieve the same liberating effect as the typical Western showdown. Whity cannot satisfactorily escape from the oppressive social situation he is in by murdering his oppressors. The moving shot, taken from a subjective point of view, puts one in the mind of today’s 3D-Ego-Shooter computer games. Janko Vook’s Whity Ego-Shooter recreates the final scene in the form of one of these computer games. Here, visitors can try to achieve their own freedom through armed force.