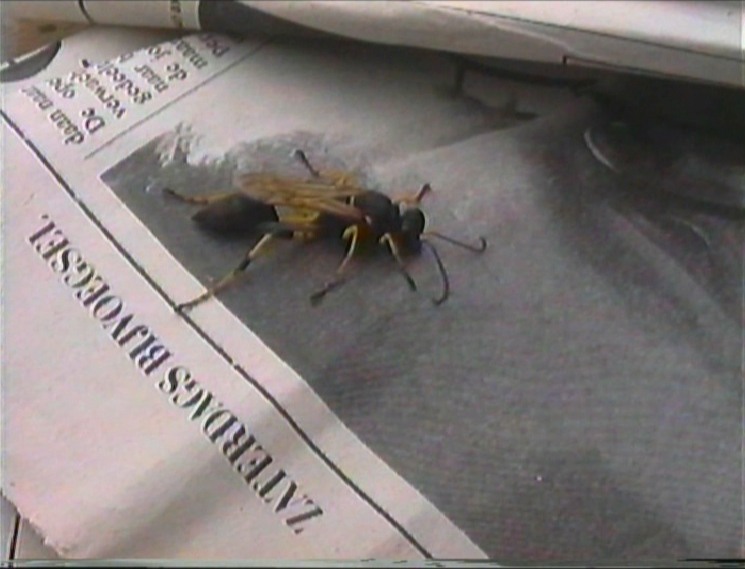 In this short video you see a wasp-like insect crawling over the words of an opened newspaper. The insect seems, according to its movements, almost exhausted, perhaps searching, or just crawling about, unable to ‘rise above’ its situation. At the same time a voice is heard in English, but with a foreign accent – it is the soundtrack of Lecture 21, The Secret of Secrets by the late Bhagwan – making statements on “aloneness is ultimate … there is no way to be anything else than alone …”. A dog is barking in the background – the voice, of compelling intimacy, goes on orating of fundamental loneliness and the sorrow and sadness with which every man is saddled, whatever hopeful things happen. It seems to be all about the spirituality and metaphysics of these conditions. But at the end of Walkabout something unexpected happens that turns this whole ‘belief’ upside down: the wasp breaks away from the newspaper and flies away, humming loudly into space.
Courtesy of Netherlands Media Art Institute, Montevideo/TBA
www. montevideo.nl